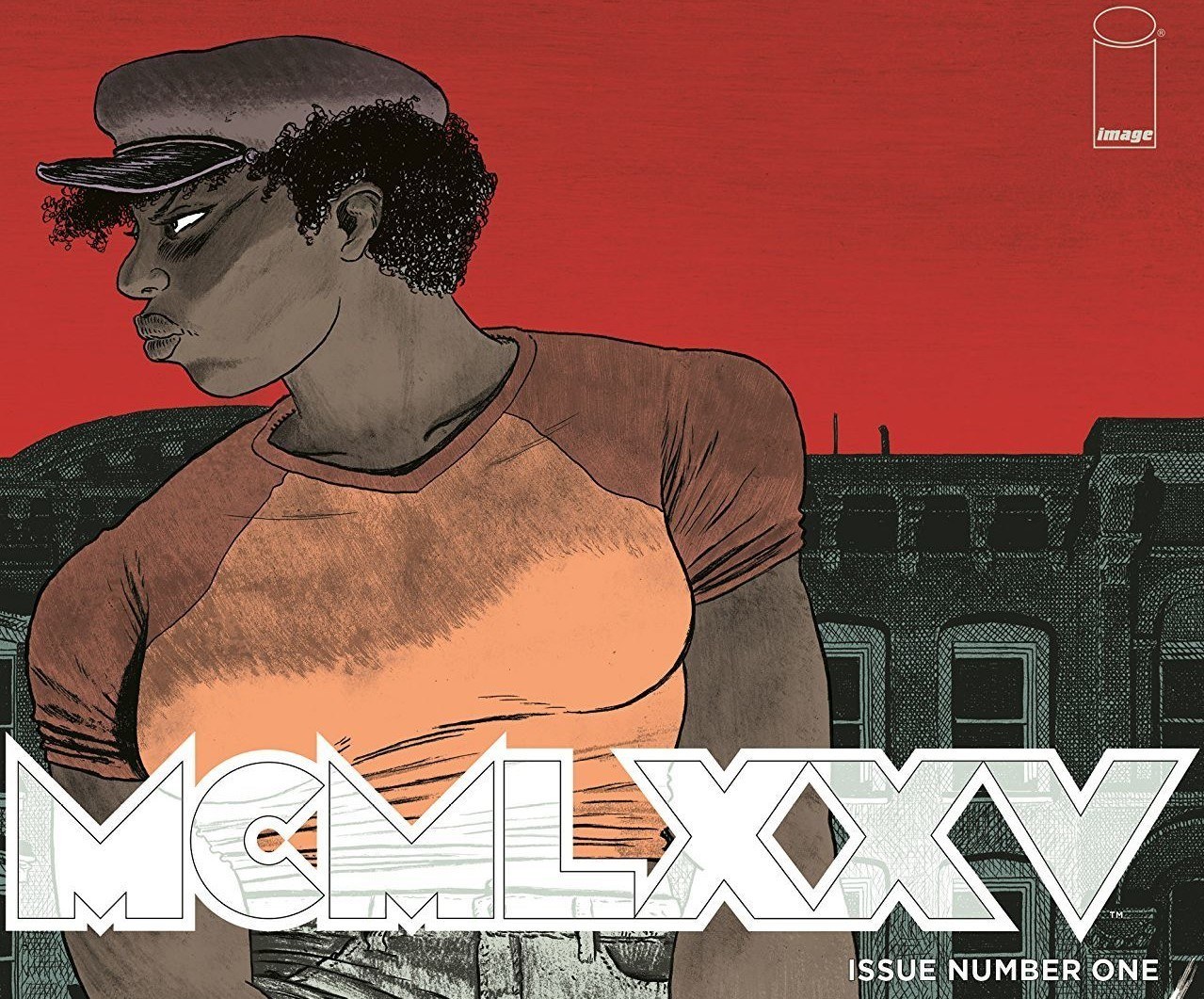 I interviewed Joe Casey at NYCC about his new book MCMLXXV (1975) from Image Comics. The comic follows Pamela Evans, a taxi-driving woman who has an enchanted tire iron that she uses on ninjas, monsters, and street gangs. Yeah. It’s a wild ride. The series takes place in a fictional Manhattan in 1975, and there are loads of musical references to make any aficionado like myself happy. Learn more about Joe and his work in this interview.

Black Nerd Problems: MCMLXXV is heavily influenced by music. So it got me wondering, what was the inspiration for this series? Was it an image you built off of, a character, or maybe a song?

Joe: The character came first. This idea of this kind of character. It’s cool iconography. The tire iron, and the cab and all that. Then you have to think of the story to go along with it. And that’s where my—I have sort of a scratch mix mentality when it comes to comics. Especially ones that I come up with. Where I’ll say “Well, I’ll throw in this from this influence. I’ll throw in that.” And see how it all mixes together. Some things don’t make it. You start throwing things in that don’t fit. So you gotta get it outta there. So the street gangs, the monsters, the time period, the character, those things were the ones that ended up fitting together. And at some point it just feels right. And there you have it. 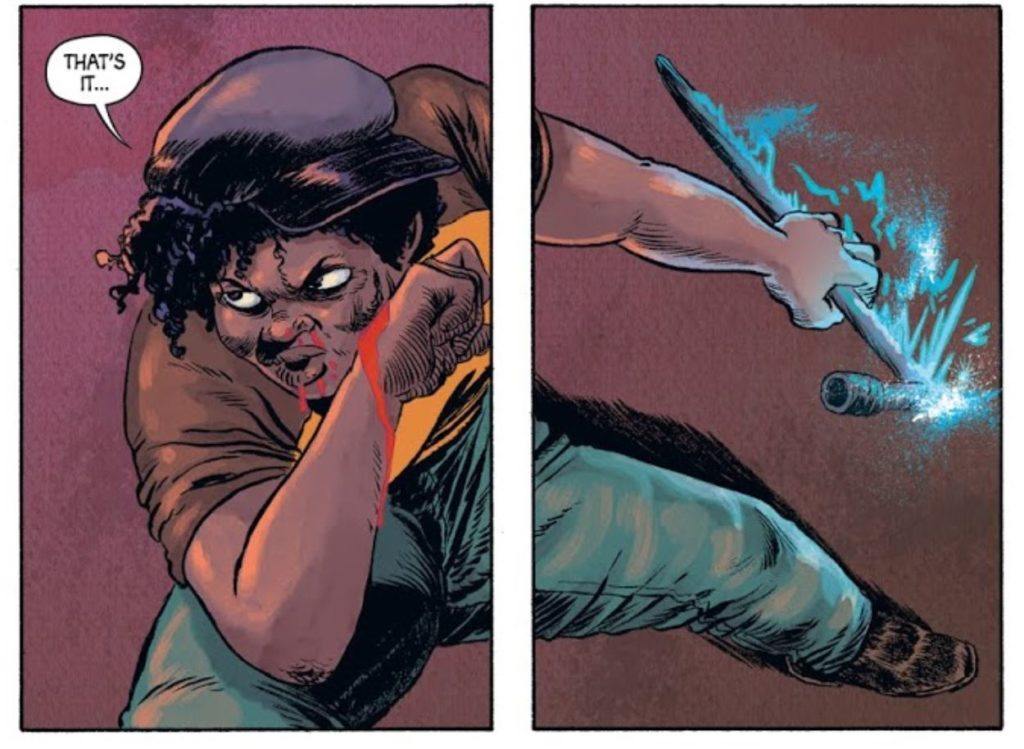 J: Yes, because once I knew it was a period piece, because I like that era, especially New York, Manhattan 1975, it was a total shithole. It’s great for this kind of story. I’m not quite sure, I mean when I saw the roman numeral of that year I thought “That’s gonna make a great logo.” And it’s kind of weird for people but if it had just been the number 1975, I think people would have had a different attitude going into the book. But having to kind of get past that roman numeral gate, it prepares you for the kind of story you’re gonna get.

BNP: I’m not gonna lie, I don’t know the whole roman numeral system so I had to look up what that meant, but from there, once I realized how simple a translation it actually was, it just made me that much more intrigued. MCMLXXV gives it an archaic feeling.

J: Yeah and that’s the whole sort of aesthetic of the story.

BNP: A few times in the book, Pamela has to fight some crazy entity. Maybe it’s a group of Ninjas or a street gang. And it always happens when she’s got a passenger. But they never seem to surprised. Is the stuff happening in this story something that this version of Manhattan is just oblivious to, or are they just more or less desensitized?

J: Well, I like that aspect of it where it’s kind of just a given. These civilians don’t know about it on a conscious level, but when they see it, even though it freaks them out, they do accept it on a certain level. Because it is — it’s New York. It’s a mythological New Yorker’s mentality. 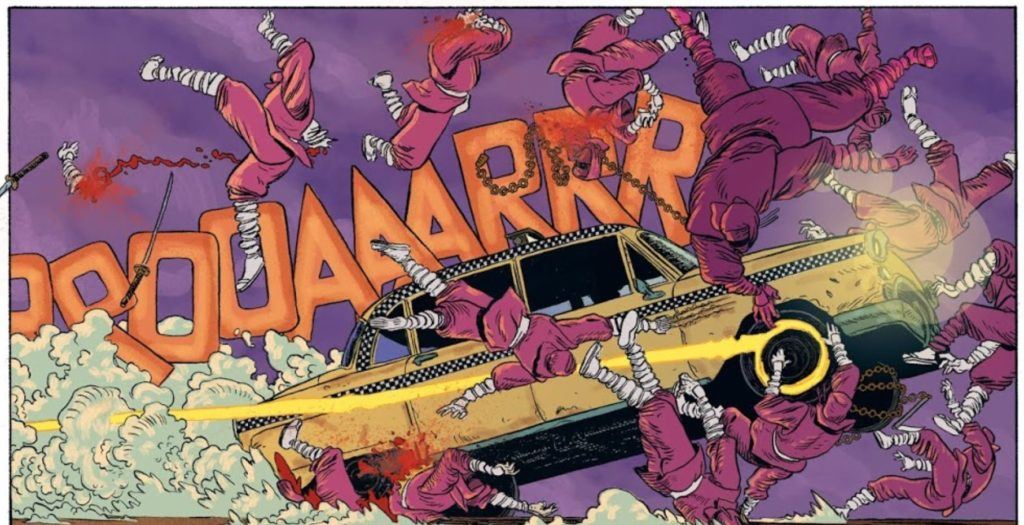 BNP: So the music is something that I really appreciated. Usually when I do interviews, I’ll ask the creators what music they think fits best to read along to. But this already kind of comes with a soundtrack which I thought was really dope. So I’m guessing this comes from a love for that type of music?

J: Well it had to be historically accurate. It had to be stuff that was out at that time. And I’m a fan of that pre-disco R&B, you know? This was right before R&B kinda went full on into disco. But right before that, it got really interesting in terms of production and things like that. Subject matter. Only historically do we see that this was this sort of last gasp of the sixties experimentation for urban R&B music. Which I love, you know? So I felt like that was just one of those serendipitous things that really worked out. It was this inhale of a type of music that was just about to be exhaled out into disco. So it just kind of worked.

BNP: Yeah I was definitely pleasantly surprised. You were shouting out Kool & the Gang, Stevie Wonder, Ben E. King. I grew up with my mom listening to all that stuff so it brought this level of nostalgia that made me want to go and listen to it right then and there. Is that something you want for your reader? To either be inspired to go listen if they haven’t or for those that have, to remind them of what’s out there?

J: That’d be great. But I think it’s more about giving people something — if it’s younger readers, giving them something that, even if they’re not aware of the facts, it feels authentic. You can’t fake that. If it wasn’t authentic, you’d kind of know it even if you didn’t know why. So that authenticity, to me, helps out the material, helps out the story. It’s important to me.

BNP: Pamela’s nickname from her guardian is Lil Leadbelly. Is that a reference to the famous folk & Blues singer Lead Belly? 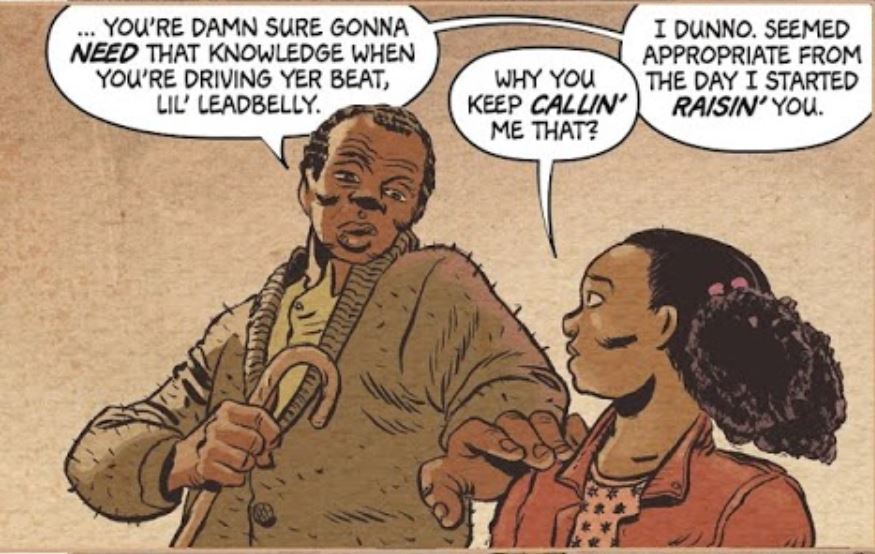 BNP: Yeah as soon as I read that it stood out to me. And again that feeds into that sort of old American mythos.

J: Yeah and the thing is it’s a cool nickname anyway. It evokes something just in the name.

BNP: And with one of his most famous songs being Where Did You Sleep Last Night?, this story kind of invokes the themes he put on display through Pamela as a character. Because she definitely seems like the type that walks to the beat of her own drum, and even though she’s got someone special in her life, it doesn’t feel like the most ideal relationship.

J: Yes, and that evolves over the course of the series. She starts out on sort of an island by herself. 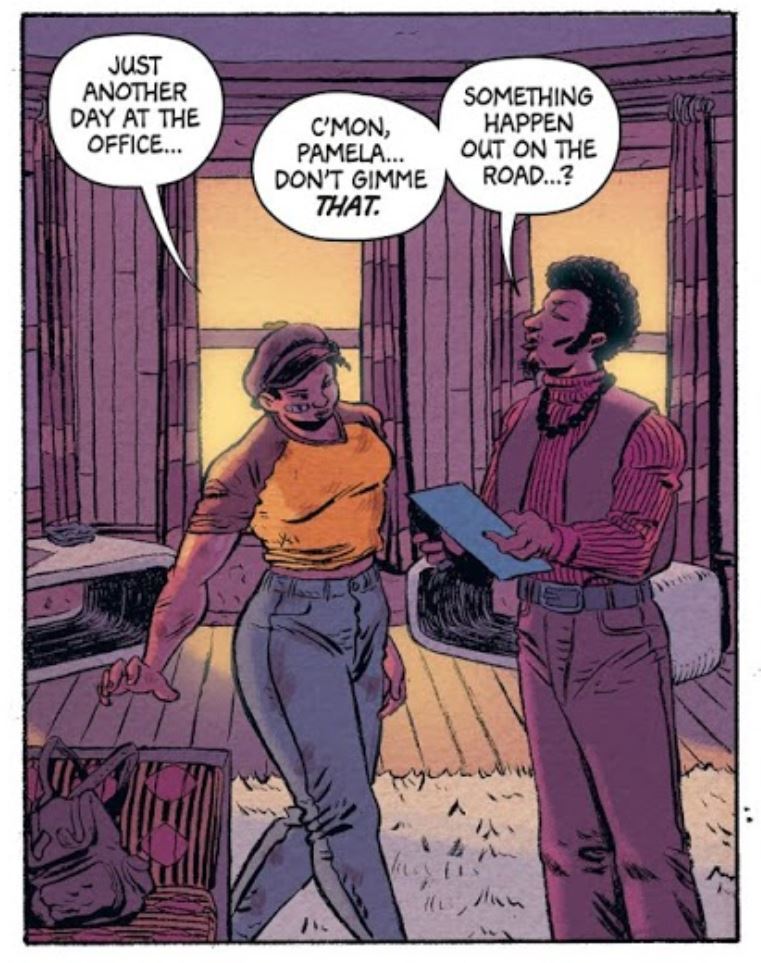 The Tools of the Tale

BNP: Tell me a little bit about the magical tire iron, and where that image came from.

J: I come right out of superhero comics, so there’s always that special sauce floating around. Again, it’s about the iconography of all of it. That to me put it over the top. It’s great when something is in your head a certain way, and all through the process, the artist really nailed it in terms of its depiction. It’s one of those things that’s exactly what I pictured in the beginning that made it to the final product.

BNP: Yeah the art is super — I mean I wasn’t around in 1975, but going back to the idea of authenticity, it feels how I imagine that area in 1975 to be. It captures the grittiness.
What was the research process like for this series? Did any of it come from experience? I don’t know if you were around in 1975 or not.

J: Not in any conscious way. There was a bit of research because I wanted it to be period accurate. It’s also a time period that I’ve been interested in for a while so it was just digging all that stuff up. But in terms of like cars and buildings and geography, that’s all accurate. And you do that stuff early on so you can then forget about it and move on to the story. But you’ve gotta make sure that foundation is solid. Because if you just wing it, even people that aren’t familiar with it, they’re gonna be like “Something’s not right about this I’m not buying this.”

BNP: In terms of the dialogue, how did you go about researching that?

J: You mean in terms of the slang and stuff like that?
I didn’t wanna go too far into it because I felt like too much slang would have just not felt right. Just personally. I didn’t feel comfortable going that deep into it. I tried to do a little bit here and there. Mainly to sell the characters and to emphasize where they’re coming from. Where their headspace is. But I didn’t really — to me it’s not an exploitation. Where it’s all caricatures. I want it to be — you know aside from the monsters and all that, I want it to be fairly accurate. I didn’t want it to be too over the top. There’s enough material out there where people do go over the top and try to make it this caricature. I mean nobody talks like the worst versions of that. Nobody.

“It Just Gets Bigger”

BNP: Ridesharing has really evolved over the years. To the point where anyone can really do it. But driving a taxi feels special in your book. Why was that an important distinction to make?

J:  I did want to present driving a cab as like this noble profession. She aspires to be one. It’s also — it’s the knight and the steed, you know? To go back to the mythological aspects of it, I wanted to tie it into something that was resonant on that level. Or the biker and his Harley. The Lone Ranger in Silver. I wanted that kind of feel to it. That really plays out in the series.

BNP: Issue one is a pretty good hook. I’m on board for the musical callback alone. What can you tell me about what we can expect for the rest of the series?

J: We find out a lot more about Pamela’s past. How she got to where she is. Her present-day personal life. She can’t maintain that island unto herself. So that starts to go to shit. And we just amp it up. We’re treating it almost like a folktale. So the movements are big. It’s very big and dramatic. It’s not — we’re not making little moves. It’s more big swings for the character and where the story goes. It just gets bigger and better and more apocalyptic. I’ll see how far I can push it.

MCMLXXV is written by Joe Casey and illustrated by Ian MacEwan.