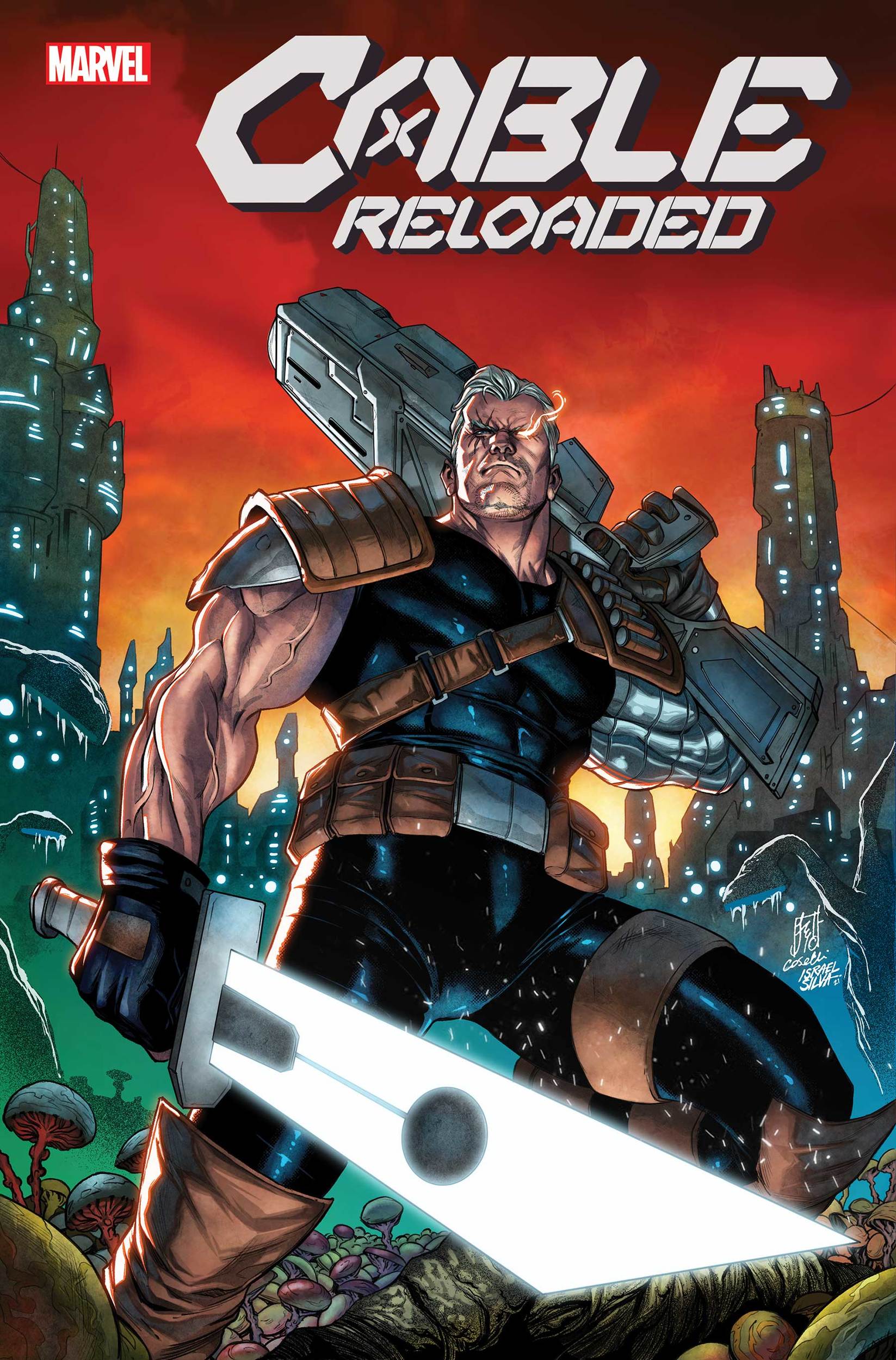 That Old Man backkkk!! Young Cable has sacrificed his boyish good looks to save mutant babies and kick Stryfe’s ass, so now his older time traveling self is back in control and orchestrating legendary missions. Cable: Reloaded #1 is a bit of a slow read to start off, as you have to digest a bit of information if you haven’t been keeping up with Guardian of the Galaxy. Luckily there are some exciting things happening as you get caught up on Cable’s briefing.

Al Ewing is one of the best Marvel writers out here, so this was a guaranteed read for me; however, it’s great when you watch it all unfold so beautifully. I’ve digested a few Robert Quinn books (Way of X being the most recent) but I’m not quite sure what to make of the artist just yet. I dont know if it’s my inner X-Men: The Animated Series stan surfacing or what but Cable: Reloaded #1 gives me some good 90s vibes with most of that praise going to Quinn. In particular, Cable’s look could be ripped from a John Byrne comic, and I wouldn’t be able to tell the difference.

This book is a classic case of throwing you in the middle of a mission, then pulling back the curtain to reveal the evil reasons why our heroes are leaping into action. I love Ewing’s narration throughout the book. He provides such a unique perspective with Cable’s old man memories being used and relied upon in 2021 (Epsilon something if you nasty). He knows the future lies. He knows the future is never set. That’s why he does what he does; to fight for a better future. That’s why he gets the X-Terminators back to steal some supremely heavy artillery in the fight to take out the Dread Dormammu who has his sights set on taking 5 magical planets.

There are some absolute gems scattered throughout this issue. Cable’s insight into his mission mates was incredible. Reading the details on future Rocket Raccoon was so enjoyable because you’re fully aware of how seriously geeked Cable, despite the cool head. Having old students like Boom Boom on his team was touching. Having new characters like Khora of the Burning Heart was equally dope. Honestly, most Arraki mutants have been amazing additions to Marvel, just like Cable: Reloaded #1 will be to the Reign of X, if this issue is any indication.