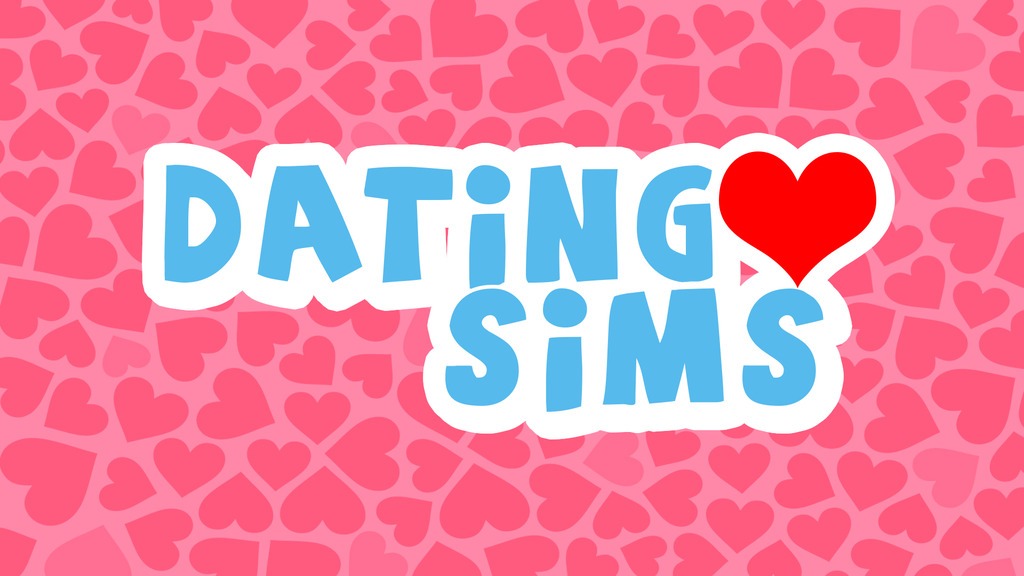 For some of you that may not know, Dating Sims or Dating Simulations are games that allow the player to maintain a virtual girlfriend by keeping her happy and possibly getting to that “wham-bam-thank-you-ma’am”. A gamer can choose, or is given, an avatar with which to pursue a romantic relationship. The player interacts with the avatar through school, work, a bar, or even their own home, increasing their skills.

For example, in some games a player can build up their Charm which increases their sex appeal. The player is given dialogue options that help them learn more about their partner and progress further in the relationship. The dialogue options can anger her or make her happy, so it requires some thought. You can buy her presents until her affection towards you increases to maximum capacity. Dating in reality is really hard, especially for people who have a strong fear of being rejected by someone they like/love, like myself! Dating Sims provide some guidelines on what to do when talking to a girl, or any love interest for that matter.

How to Break the Ice?

So, first things first: How do you break the ice? How do you approach your love interest without automatically being swerved? Some of us are just too shy to physically go up to someone and say Hello. Not even Adele could help us. You know what is easier? Making contact over a text or email. Online dating has become more popular than in-person dating because it is much easier. When meeting someone new, Dating Sims start out with the player saying Hi. The game gives you dialogue options, some that make sense and some that are misspelled. Date Ariane is a perfect example of this. A visual novel, or story-based game, Date Ariane features you as yourself and your date, Ariane. You are required to show her a good time throughout the night by engaging her in conversation, taking her out to various locations and ending the night on a “good” note. There are plenty of opportunities to fail so you must be smooth as silk. You are presented with different dialogue options, some that are friendly and some that are random and inappropriate.

Obviously, you should pick the one that makes sense. Same thing goes for when you’re communicating through messages. Saying the right thing, and spelling it correctly, will not only score you some points, it will also show that you’re educated. One thing I’ve learned from personal experience is starting off a conversation with a Hello almost guarantees you a no-reply. Mostly because it’s so common and overused. Once upon a time I used OkCupid. You know, just to check it out and see what it’s about. I made a profile, put up a short bio about myself including my hobbies and interests. I included in all that good stuff that I’m looking for someone to help me find all 7 Dragon Balls. Smooth right?! About 15-30 minutes after I made the profile, I received a bunch of messages. Some being creative, and others just being downright inappropriate, but hey! I’m a woman on a dating site. I’d be surprised if I didn’t get those types of messages.

Anyway, most of my messages started with Hey, Hello, or Hi. Those messages got automatically ignored. I’m not a shallow person but those types of greetings are too boring for me. The messages I did respond to were the ones that showed an interest in me. Messages like “What kind of art do you make?” or “What will your wish be when you find all 7 Dragon Balls?” Showing an interest in the person you’re trying to pursue can win you major points. Same thing happens in Dating Sims. You get to know the person and are asked to repeat the same thing back to them later on in the relationship.

Stalking Has Its Advantages

Now let’s say this person isn’t someone you just randomly met online. You’ve probably seen this person around school, at work, Starbucks, GameStop, etc., but you’re probably not sure if this person feels the same way you do. Dating Sims show that you must be around the person you’re crushing on as much as humanly possible. You must be conjoined at the hip — well not really. Look at the game HuniePop. You meet the same girls in limited locations, causing you to be around them more often. You might be asking yourself, “What will this do for me?” “How can this help me out?” The best way to find a mate in real life is to remind them that you exist by being around them more than usual.

In almost every dating game you are given a love meter or some type of scale that measures how far your relationship is going with your significant other. The meter increases by the amount of times you communicate or are around this person, by sending messages, hanging out, etc. The love meter is equivalent to how much someone likes you in reality and this is all based on how much time you spend on that person. This is why most relationships happen in school or at work. We are around this person so much that they can’t help but be into you. *Puts on MLG glasses.* Next step: Ask the person out. You’ve gotten the courage to say Hello and you guys have spent so much time together your mother thinks that person is their child too! But now you have to take things to the next level. So when is a good time to ask them out? In Dating Sims, usually your love meter has to be about a quarter of the way full before you can ask them out. In reality, you need to find that sweet spot in your relationship. Too early makes you seem like a creep. Wait too long and you’re automatically in the friend zone and the person may believe you’re into this relationship to be friends. It can be very difficult to escape the friend zone.

Speaking from experience here. A game I’ve been playing a lot recently is Kitty Powers’ Matchmaker. You play as a matchmaker that must try to match your clients with someone else that has similar attributes as themselves. In order to have a successful conversation you have to know as much about the other person as possible as well as have similar interests. This game doesn’t have a love meter per se. However, it gives you 3 blank Xs. Each X gets filled when you’ve messed up during your date such as having too different of interests, not complimenting the waiter correctly, or forgetting what your waiter looks like.

Seriously, check it out. Three strikes and you’re out! This is the same when it comes to dating in reality. Not the waiter part, but knowing as much information about the person and having the same things in common. If not, your conversation will be more dead than Batman’s parents! Take a genuine interest in the person you are trying to pursue and after 3 – 4 successful dates, you might just hit a home run. That can mean whatever you want it to.

One thing that’s common in most dating sims is gift giving. This gives you a boost to your relationship score. Gift giving in dating sims seems to be one of the main key aspects because it shows appreciation for the person you’re dating. Of course giving the wrong gift can lead to rejection. In reality, gift giving is socially accepted but there are rules to assure a successful reaction to the gift. Something I’ve definitely learned is over giving can scare the person off. It makes you appear as if you have low self-esteem and causes people to use you instead of appreciating your self worth.

Accepting too many gifts can become overwhelming. This is why you are not able to give gifts until your love meter is at a certain point in Dating Sims. Instead of giving tangible gifts, try doing something together. Go to movies, get some ice cream, have a competitive game of Mario Kart…..although your relationship might end if you’re both hardcore gamers. Play with caution!

Dating can be really hard. There isn’t a set guide on how to date in the real world. Dating Sims are the closest thing to a guide that we have. They implement a lot of real-world situations when it comes to dating, and honestly, they make a lot of sense. I definitely wouldn’t use Dating Sims as the key to dating but we should treat them as more than just games we play when we’re bored. They’re giving us the tools to rule the dating world. Now go out there, play a dating sim, and make that Hunie Pop….Giggity!