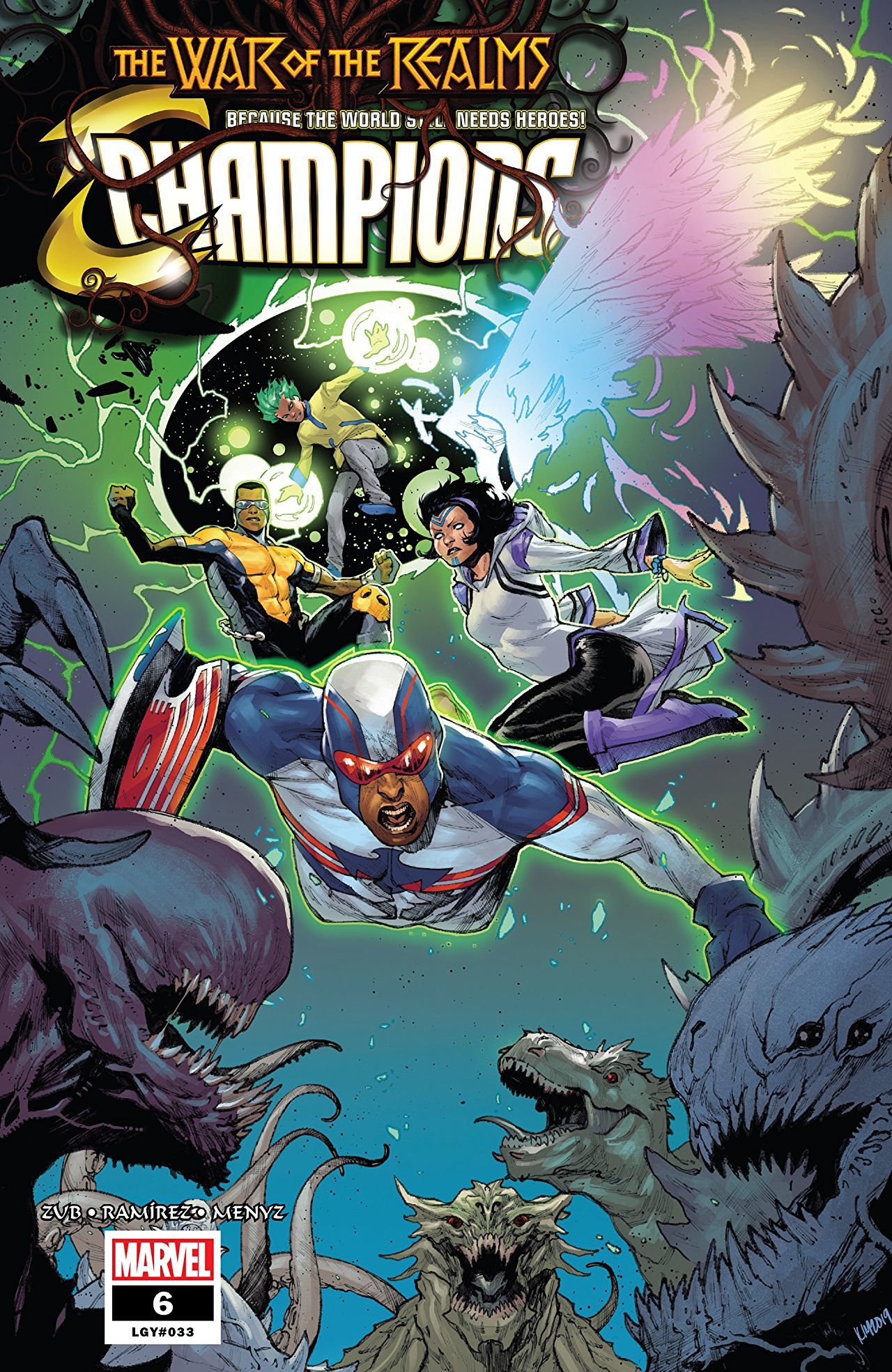 As far as tie-in books go, Champions second War of the Realms crossover isn’t that bad. Thankfully, Champions is a book where our heroes are thrown from one random situation to another, so Kamala and the crew protecting innocent bystanders during an invasion of Asgardian threats is kind of right up their alley. And just like the last issue of Champions, Zub does a fantastic job of keeping the narrative flowing in spite of being a crossover

After last week’s brief and excellent return of Cyclops, we have the Champions regrouping to back up the rest of the team in Brazil. It’s a shame that Kamala’s confidence as team leader has taken a hit after learning the truth of Miles’ deal with Mephisto. If she were really paying attention, she would realize that under her leadership, the group is more of a well oiled machine than ever before. 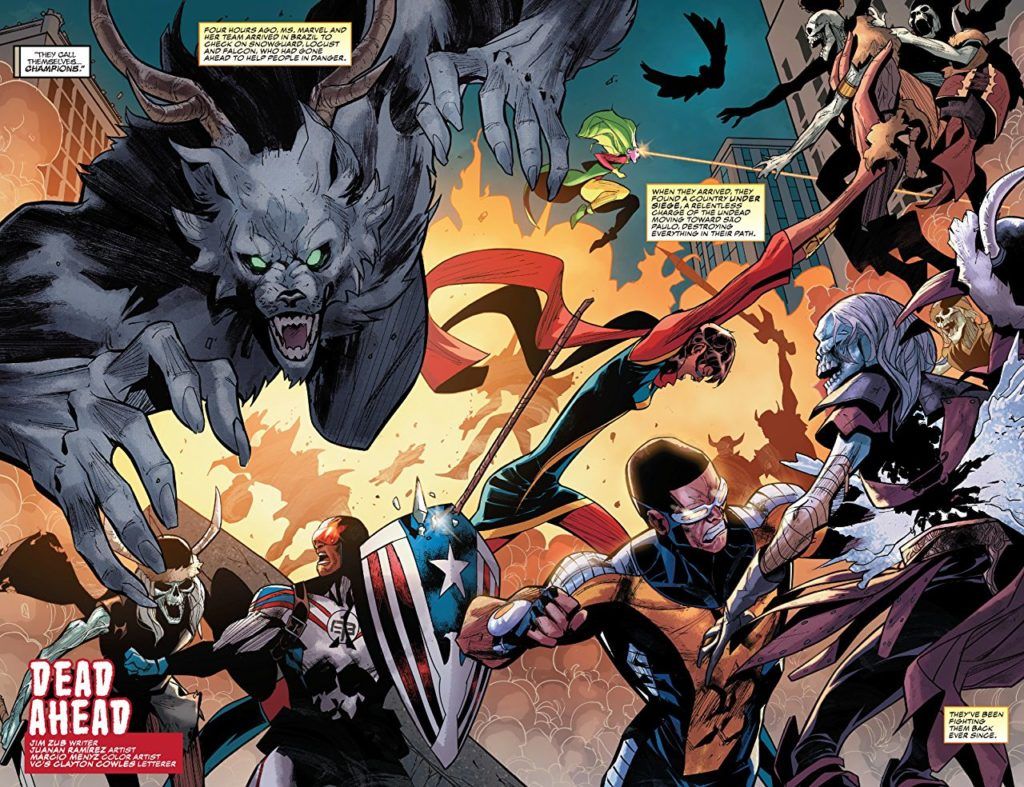 Seriously though, the team is dealing with hordes of dead warriors from Niffleheim and the Disir – basically an outcast group of Valkyrie. All the while evacuating civilians and saving trapped victims. Kamala has really grown into her own as a hero and leader and Zub makes a point to show it this issue. She makes every right decision from prioritizing where team members are needed most to trying to de-escalate the conflict before it gets worse.

Unfortunately, going up against the Disir only amplifies her guilt over what Miles has done, despite her being at her best here. Thankfully, whether she realizes it or not, Kamala has a great team to fall back on. Zub does a great job of giving a lot of the new members some time to shine this issue. In fact, if there is one thing Zub has improved in this new run of Champions, it’s expanding the team without the book feeling too crowded or like certain members are being forgotten about.

There is definitely a different feel to this new run of Champions. The stakes are dire and there is more drama between members of the team. However, while the book has taken a more serious tone, it’s for the better. The team feels more cohesive and still remains one of the best teams in the current Marvel universe.