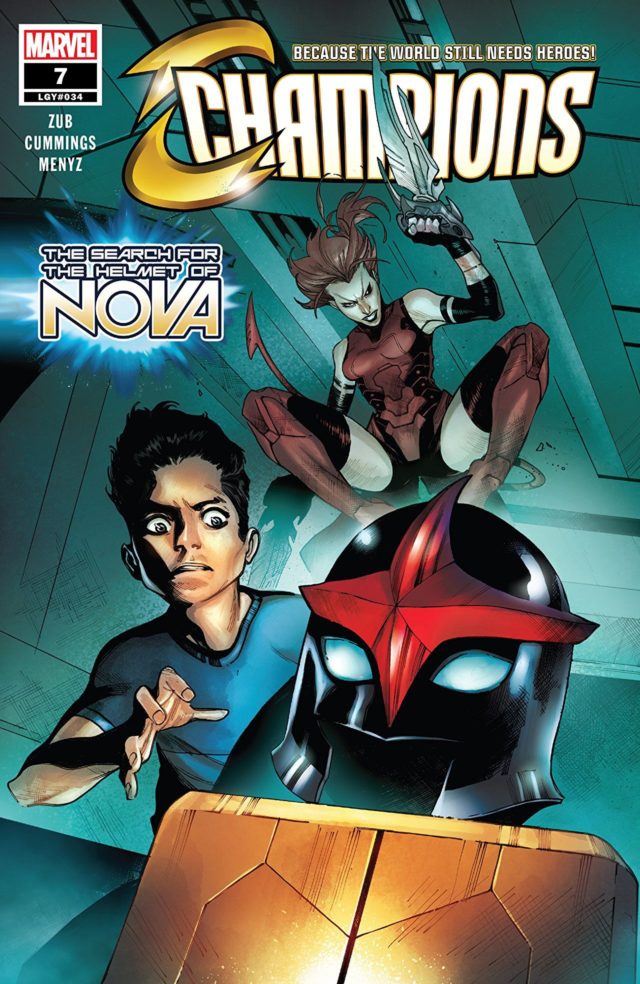 When Champions started it’s new run, there was one aspect that I was adamant about, and that was the fact that they didn’t need to start from scratch. I was so convinced that nothing about the team’s dynamic had changed to warrant restarting the book. Seven issues in and I can say with certainty that I was completely wrong. This run is something else.

I don’t know why it’s taken me this long to truly appreciate the changes Jim Zub has made to Champions. I can now see that taking a fresh start was necessary to put some distance between the original’s more lighthearted adventures and this new run’s darker, more mature tone. Hell, with all the drama and OG members of the team splitting ways, it might as well be labeled Champions: Disassembled.

Last week, we left off with Kamala making the unfortunate decision to step down as leader of the team. It’s really sad to see because while Kamala is having a hard time dealing with the truth about dying, serious bouts of self-doubt and feeling like she’s failed the team, her time as leader proved otherwise.

In fact, the Champions have never operated better than with Ms. Marvel as their leader. What I like about the first half of this issue is that Zub doesn’t miss a beat. He uses Kamala’s departure to not only hint that this might be the case but add yet another wrinkle to the ever growing drama. Kamala leaving the team and electing a certain someone as the new, interim leader might be the worst decision she has ever made.

The latter half of the book is more or less a classic Champions adventure, with Sam basically playing a game of Cosmic Lethal Weapon with crazy ass Kaldera. There’s plenty of fun to be had as they break into the Nova Corps Headquarters just to find Sam’s helmet. The chaos that ensues is pretty funny, with Kaldera’s bombastic personality making for some good comedy.

Sam kind of playing good cop to Kaldera’s crazy cop is interesting. One has to wonder, though, what lengths he will go to get his powers back. As much as he tries to reign Kaldera in, there is only so much he can do to hold back a homicidal warrior alien. In the end, is the helmet worth it? It’s this kind of drama that is making Zub’s Champions such a thrilling read.