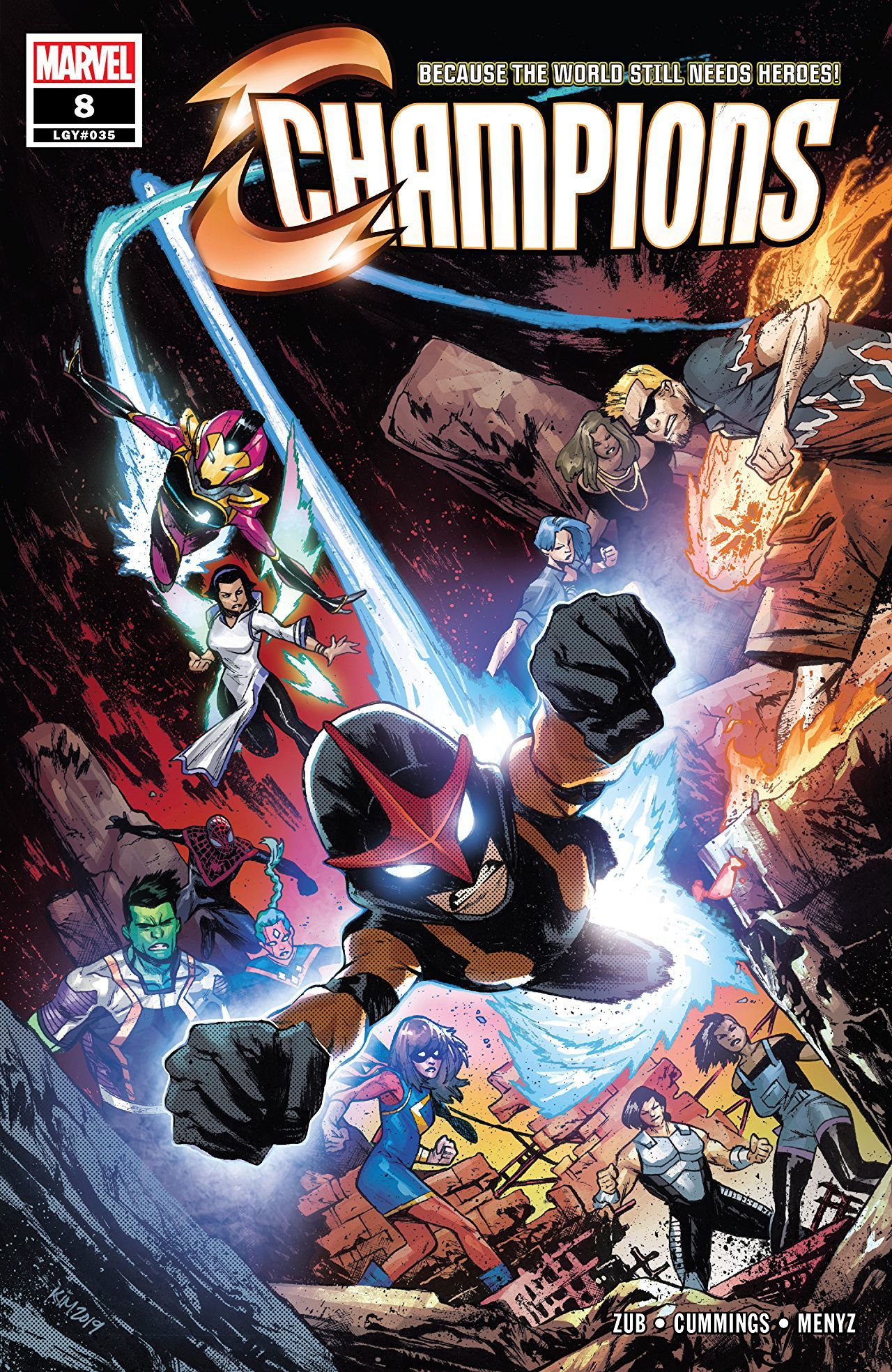 We’re dealing with a different team of Champions now that Ms. Marvel, Spider-Man, and Brawn are gone. Interestingly, despite three of the original members of the team taking a leave of absence, the situation barely concerns most of the other members of the team and its business as usual with Viv leading the team. Now, you would think that with Viv being an android and all, it would be easier for her to manage such a large scale team. However, things go south real quick and immediate concerns present themselves.

While the Champions are lacking any true leadership, they actually kind of get by this issue on pure dumb luck. It helps that two of the major plot threads finally collide here, which is a good thing. I don’t how much more Zub could’ve stretched the whole Nova/Kaldera situation. Don’t get me wrong, it’s a fun pairing but one that can grow old run quick and mostly serves as means to an end.

This issue actually plays out a lot more like the original adventures of the Champions, before Miles’ Mephisto deal cast a dark shadow over our team of young heroes. There is plenty of fun and action to be had with the new members of the team on their latest mission. We don’t spend enough time with them and this is their chance to shine. Jim Zub clearly understands the new members’ personalities in the way he writes them and it will be interesting to see if he gives them any major roles in the future. 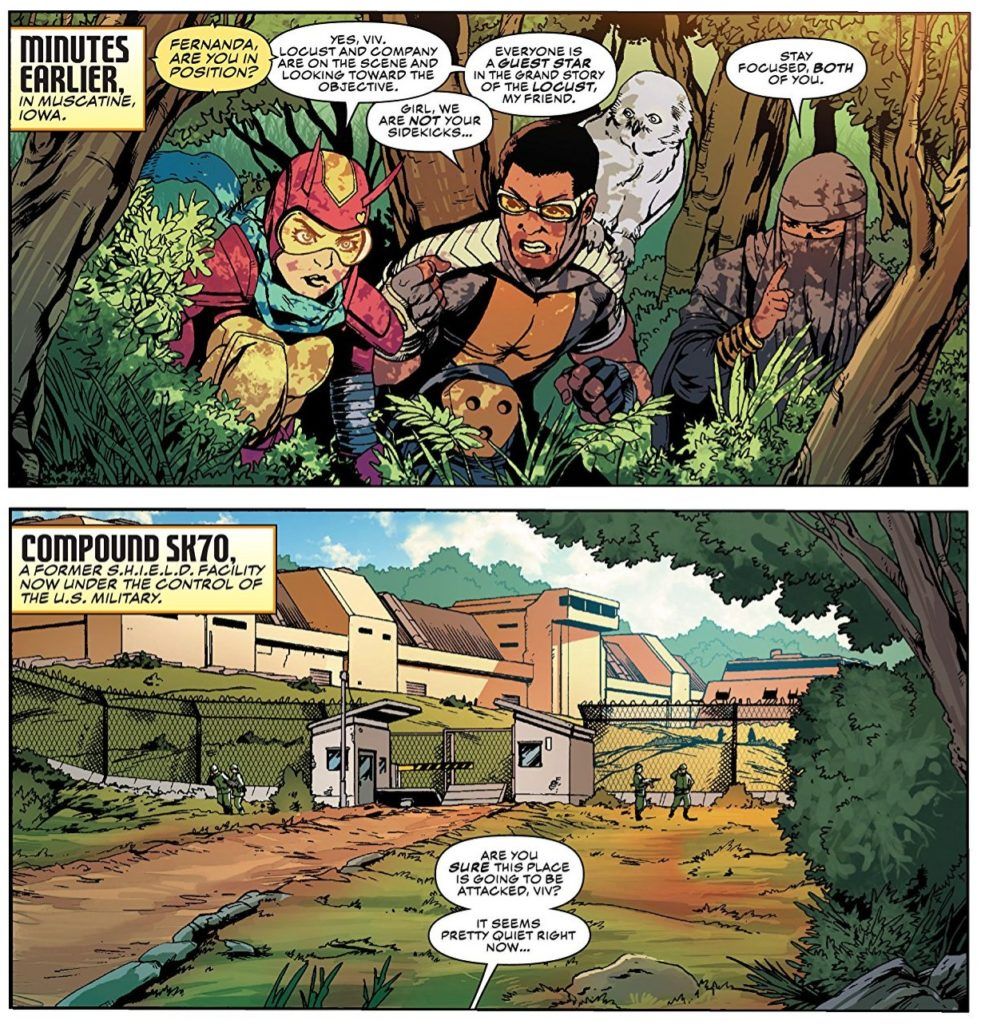 While this new run has definitely done a better job of balancing the larger team, a lot of the new members still feel like they are background characters. The only new member who seems to have taken a major role in the story is Riri and sometimes she’s not even in the book.

Cummings does a solid job on the artwork this issue. With a book like Champions, the most important part is nailing everyone’s powers when the action goes down and Cummings excels at that. My only gripe is the new design on the Nova suit – not a fan.

While the current heroes of the Champions might not acknowledge it too much, the absence of the core members is felt. One question that concerns me is how Sam will react once he gets caught up to speed on everything that has happened. Next issue looks like it might be a good test for the remaining heroes on the team.