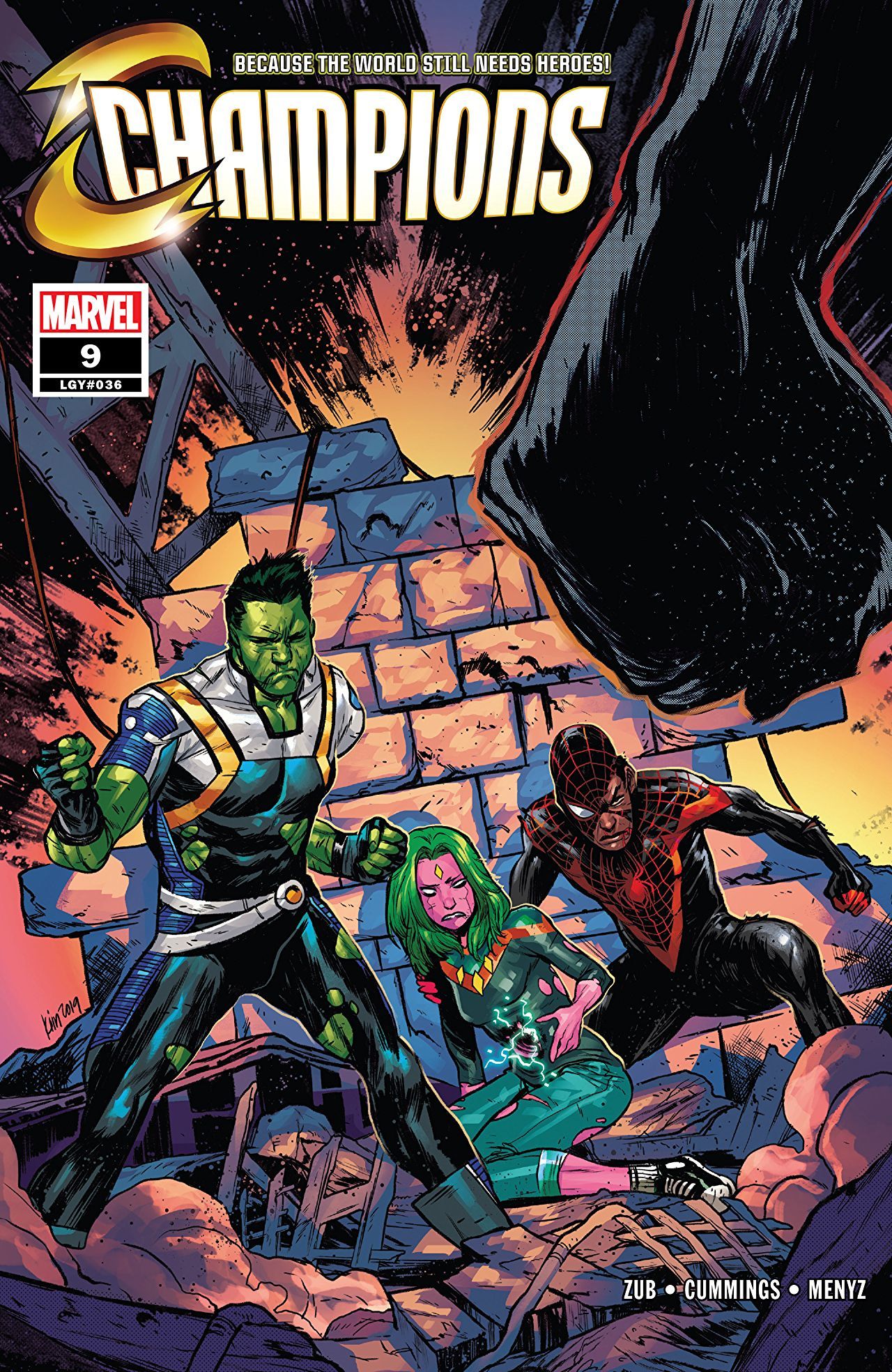 Ever since this new run of Champions started, it seems like our pack of young starters couldn’t catch a break. However, all of the drama and turmoil appears to have lead to this moment. After Riri’s sudden turn on Viv, there were a lot of questions that needed to be answered. We quickly find out why Riri would take such a violent turn on her fellow Champion, and that reason doesn’t spell good news for any of the new members either. 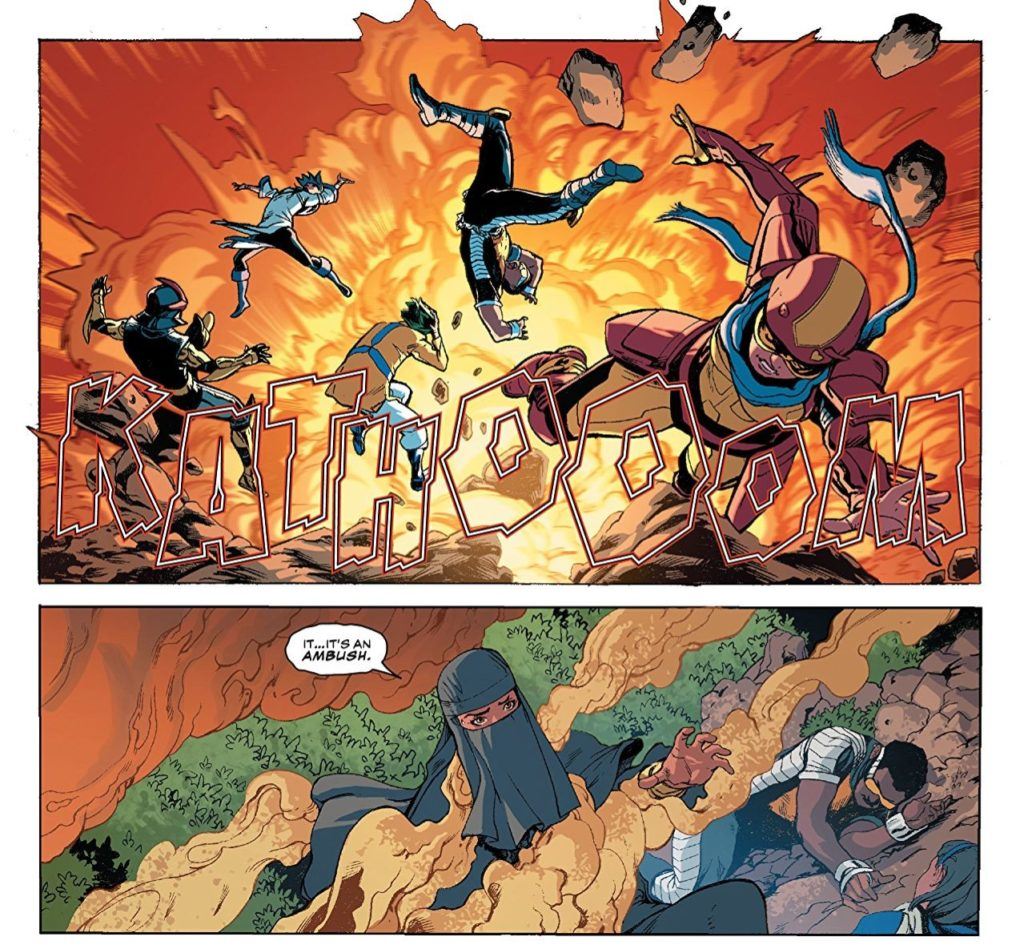 Jim Zub gets a lot done with this issue. It feels like the story is finally heading towards a resolution with a lot of the recent plot lines. The pacing so far has been great and it feels like a natural progression since the moment the OG members started leaving the Champions to when Nova got his helmet back. Now, we are reaching a confrontation that just might put together all the broken pieces of the team.

Another thing that Zub does well is how he handles the characters. Without giving to much away, some of the members of the team have a chance to air out some of their insecurities. These moments are great because of how the other Champions react to these revelations, and because they show just how close the members of the team are. In fact, this issue really highlights just how different the Champions are from other teams. As a team that takes into consideration the communities and feelings of the people they save, they also do the same for the other Champions when they’ve come on hard times. 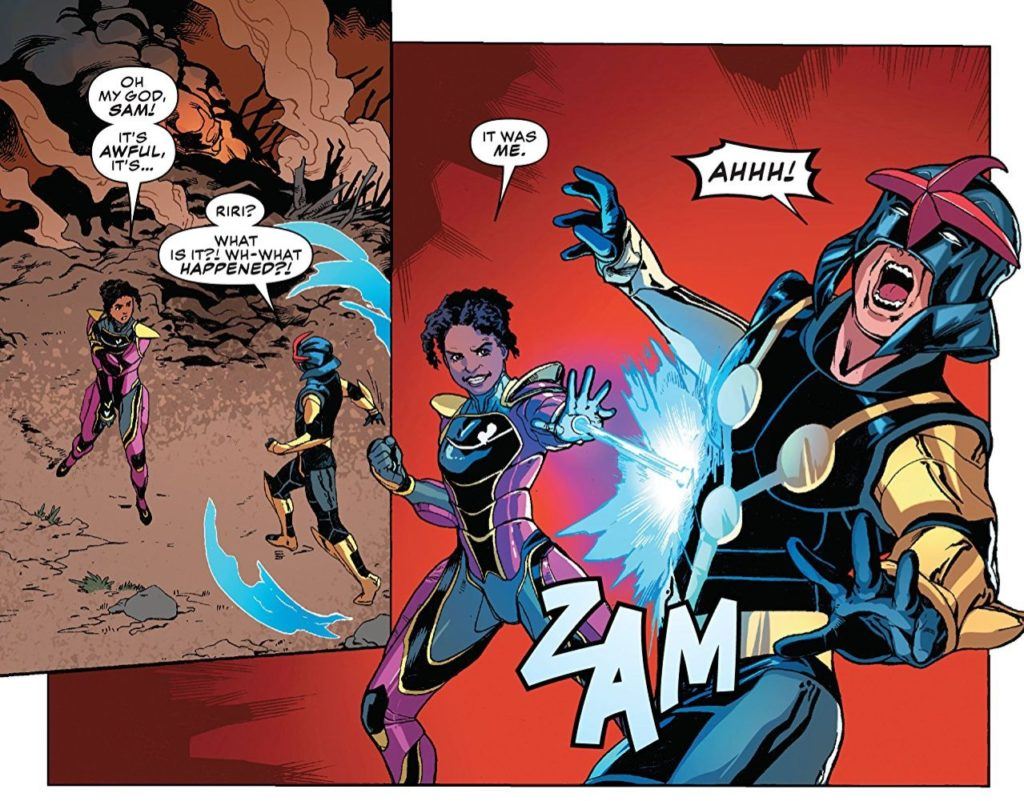 Towards the end of Champions #23, things look dire than ever. However, for the first time in a long time, there seems to be some hope on the horizon. While Mephisto’s games may have splintered the team, the series of events to follow just might make them stronger than ever. Another fun issue in the books for Champions, and some interesting development with plenty of the OG members of the team. The approach showdown for the next issue should be an exciting one.

8 Unanswered Phone Calls out of 10