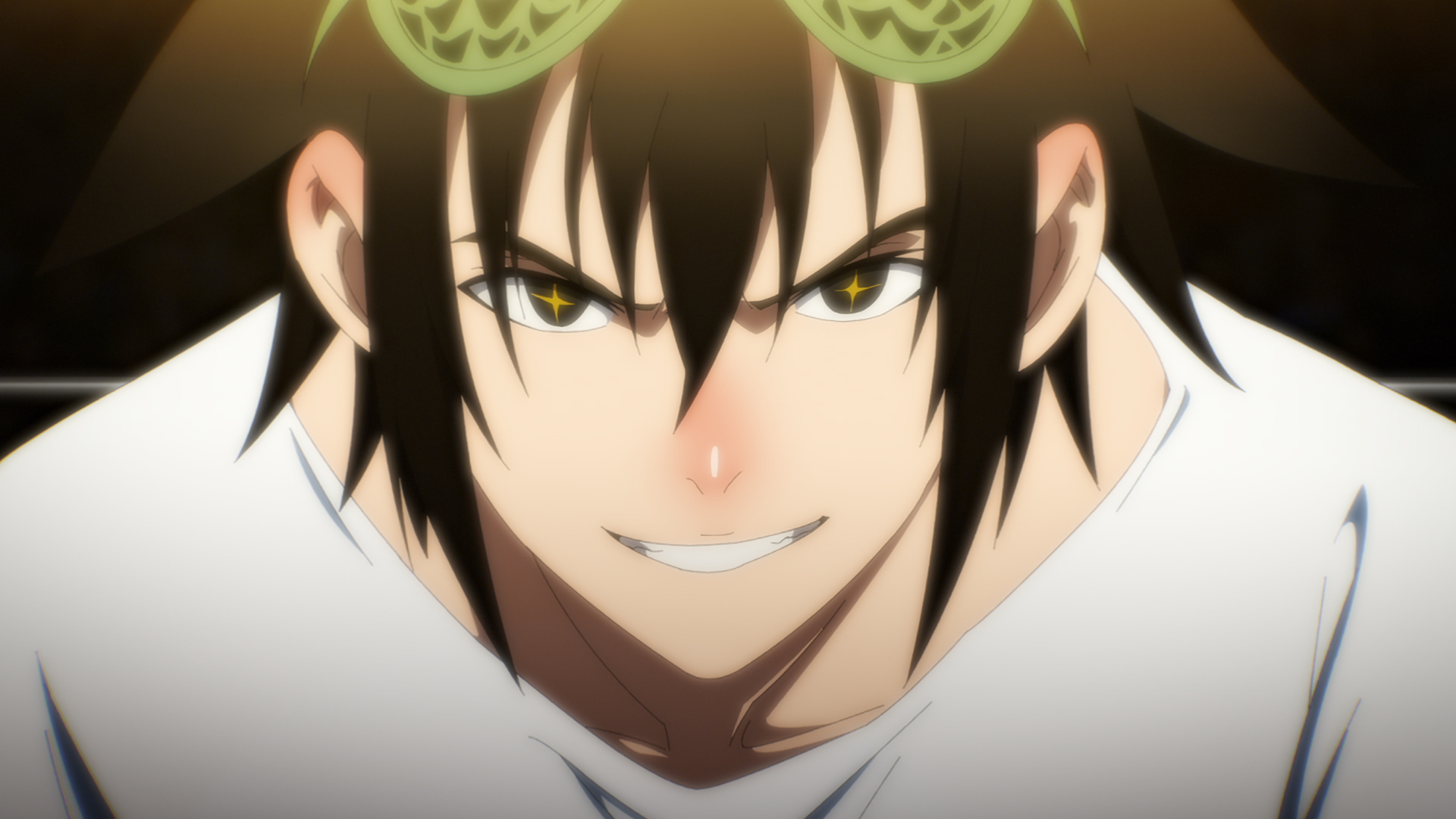 It’s Charyeok City out there. Anything is possible in the new and so improved God of High School! They took it to a level we can now expect moving forward. Low stakes Charyeok powers manifesting into dope, powerful objects, and God Tier Charyeok that are off the chains instruments of death and destruction. We still got a tournament to worry about though, so let’s dig into the madness!

Our Seoul team is ready to take on Chungcheong in the first round of this team battle! What will be the most anticipated part of this fight for most fans, turns out to be its biggest dissapointment, albeit in hilarious fashion. Jin Mori uses the new move taught to him by Master Roshi’s cousin and hit’s pressure points to bring out his latent powers, but our nutty main character hits the wrong pressure points and winds up incapacitating himself! The enemy pounces and makes quick work of our boy, leaving room for our other leading protagonists to shine.

The remaining bouts featured 2 interesting characters, Pum Kwang and Jang Jangmi, with touching stories. The first fight features the big dude Kwang, who Jangmi claims would never lose because the way their friendship popped off. Red hair don’t care was always about her swordsmanship and pretty dam good at it, but always got bodied by one opponent. In her last match with this girl, she lost and was ready to give it all up until anime Hulkling came along and gave her the strength to never give up. Now, they both fight for the right to advance in the tournament and give us a chance to appreciate the passion behind all their motivations.

Of course, we know Han Daewi and Yoo Mira are fighting for the pride of their dojo and deceased best friend, so there won’t be any easy dubs handed out round here! I enjoyed seeing what sort of Thor’s Hammer Charyeok someone like Kwang would possess but enjoyed seeing that Azure Dragon a hell of a lot more! In the deciding match, Jang Jangmi shows an incredible amount of honor in her fight with Mira, but we all knew how that was gonna end.

On the flip side of this episode, Commissioner Q, who was looking all but murked out last time we saw him, comes through with a beast mode response to the psycho assassin named Drake who killed Sim Bongsa and his family. This fight right here mayne?! This fight is what gives us our first real look at the bonkers ways that Charyeok comes to life and it could not have been a more wide-ranging intro course.

Q chops off the assassin’s limbs like a butcher in the zone, with the help of his giant scythe wielding Deathnote-lookin demon clown Charyeok. While Q seemed like a bit of a chump after Jin Mori put him on his ass in .2 seconds that one time, I was glad to see the Commish put the work in on the assassin. But it turns out Drake’s Charyeok is of the threading variety that allows him to regenerate himself even if he gets the Scyther or Kabutops treatment.

Seems like a problematic power to go up against, but Q was a man on a mission! It would’ve been curtains for that man if 2 fellow Nox members didn’t show up to put the pause on his fade. After that, it was an all-out war zone that showed us how varying the powers that lie within each character can be. Priests Exly and Saturn pull up arguing with Drake that they were the ones ordered to kill Commissioner Q. A wild battle ensues involving sprouted wings, menacing hands and black holes. The final moments of this fight sequence were absolutely riveting and provided so much hype for the final 3 episodes!

To close out, I’d be remiss to skip right over one of the most jaw dropping and savage moments of this show thus far. Right when I thought the episode might be over, in walks aqua haired Vegeta with the ferocious swagger of the Saiyan prince before he went all hero on us. This man steps to his opponent and without a moment’s hesitation, unleashes bloody hell on that poor soul in the form of a Jaws tailed beast!

It was a gruesome scene that revealed the maniacal side of the incredible powers Charyeok brings out. But it also revealed the truly beautiful and endearing side of our trio.

What an episode! From the hijinks of Mori’s idiotic ways to the Godzilla like moment where Commissioner Q showed how devastating these capabilities can be, this one has taken the cake for me. If you’re not watching God of High School, you’re slacking on your anime game!