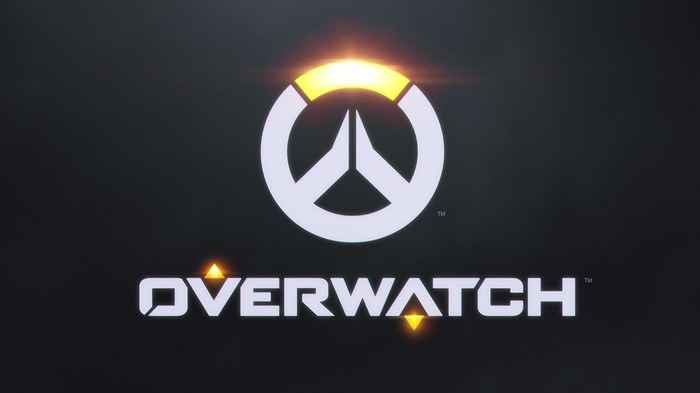 Overwatch is an upcoming first-person “Hero Shooter” game being developed by Blizzard, the company behind Hearthstone, Heroes of the Storm and, of course, World of Warcraft. “Hero Shooter” is a term that means a shooting game where there are different characters with different abilities and personalities in addition to the different guns they use. At least that’s what I think a Hero Shooter, as is it doesn’t have a real definition and I Googled it. Last week there was an open Overwatch beta that was being advertised on TV, the internet, and on Taco Bell cups. I took part in the open beta and I have to say, it was an extremely enjoyable experience.

Overwatch has teams of 6 compete in objective-based gameplay, whether it be escorting a payload or holding a point in a King of the Hill-style match. Some modes and maps even have a mixture of the two types to create a more unique game. There are 21 heroes to choose from in the latest build of the game and they can be divided into offense, defense, tank, and support classes. Each character plays differently, so playing two different offensive heroes actually feels like you’re… well, playing two different heroes. The heroes have tons of personality and they even interact with each other before the match starts. Depending on their relationships you could have some nice friendly banter or them just expressing how much they don’t like each other. The characters say a lot, and that’s something refreshing in a game where your goal is shoot first and talk later.

The gameplay of Overwatch is fast, hectic and fun. Most games are quick if your team is working together and if two teams match up well it can go into overtime which gives the losing team a chance to steal a victory or keep the game going. When I first started the beta I was losing. I played with some friends and we were losing together like a family. Some real “Ride or Die” shit. Loss after loss to certain heroes that were being picked in every game. Just when we thought all hope was lost a couple of us switched characters to a hero we felt would be better against the enemy team and it worked. The fact that you can change characters during the game and not be stuck with the same character is extremely needed and enjoyable. It feels like Team Fortress 2 without the hats. There were countless games where I switched characters and it had a direct impact on the outcome of the game for better or for worse. The guns in this game are mostly hitscan, which means once you shoot a gun it hits where you shoot without worrying about projectile physics, unless you’re not shooting bullets then it’s a whole new ball game.

Art style is important in any game and I think this sort of cartoon-ish vibe works for Overwatch. Animations are colorful and vibrant with style all around. From Tracer zipping around the battlefield and going back in time all the way to Winston (an extremely smart monkey — excuse me, scientist) pummeling the enemy into submission, everyone sticks out and fits into the game at the same time and it looks beautiful.

The thing I really enjoy about this game is that it is extremely balanced. Don’t get me wrong, there are a few characters that obviously need a little tweaking, but what I mean is that for the most part there is no traditional snowballing because everyone stays on the same level playing field. In League of Legends, for example, let’s say one member of your team dies 7 times to their lane (the person they’re up against). The whole team now has to worry about that one enemy because chances are they can kill your whole team by themselves and once that happens there’s usually no coming back from that because your team becomes behind in levels and starts hating each other. In Overwatch, if one person gets 7 kills in a row you still have a chance, you can still kill that person because they aren’t any stronger than they were before they got those 7 kills, so hope isn’t lost.

There are no levels in this game, there are no items to buy with gold or any currency that will make your character better. It’s just you playing the game as a hero you want to use versus an enemy doing the same. Skill versus skill, the dream. The characters strength stays the same no matter how long the game is or how many kills you get and that feels good. Also, the fact that the games usually aren’t that long is good because if you lose you don’t feel like taking a vacation in Bat Country for wasting like an hour of your life trying to win a game and losing because we lost one team fight. Can you tell I’m still talking about League of Legends? Because I am.

Overwatch is a strictly multiplayer game (at least for now) so there’s no single player campaign or anything like that at the moment and it feels like that’s how it’ll stay. That’s not a bad thing because this game is extremely fun and enjoyable, which is something I said in the first paragraph. What? I like the word enjoyable, lump off mom. In addition to the 21 characters, each character has skins, voice lines, and win poses that you can unlock. There’s some cool shit in there too, let me tell you. It’s also strongly hinted that there’ll be more match types, characters, and even maps will be regularly put into the game over time. Characters and maps will be added, but I’m not 100% on the different match types. Ranked matches will also be added when the game is released.

Overwatch has in game voice chat and, of course, text chat, and my interactions with players have been extremely positive. From someone actually saying “Wow nice play” to some real genuine “GGs” after a really hard match. I don’t know if it’s because it was a beta or if I was just playing with nice people; either way, it’s refreshing. Another reason why losing isn’t so bad in this game is because even in a loss you get a lot of experience points for you profile level (which will allow you to get skins and stuff through loot). You also get recognized for everything that you do whether it’s healing the most or doing the most damage or getting play of the game which allows you to use that cool pose you unlocked.

Overwatch officially goes on sale on May 24th, and for PC it will be $40, while on the Xbox One and PS4 it’ll run $60. There’s also a collectors edition for $130. There’s no cross-play, so if you’re on PC but your Sailor Senshi bud is playing on Xbox, one of you is gonna have to go home and change if you want to play together. Each system will be super populated though so there’s no need to worry about a system being “dead” for the game. I’ll definitely be picking this game up because even days after the beta is over I still feel like playing some Overwatch. Oh, and if you’re interested in the game and the lore behind the characters check out Overwatch’s YouTube channel for some animated short movies and origin stories about the characters. This article in its video transformation can be found here in case you wanted to see gameplay as well.