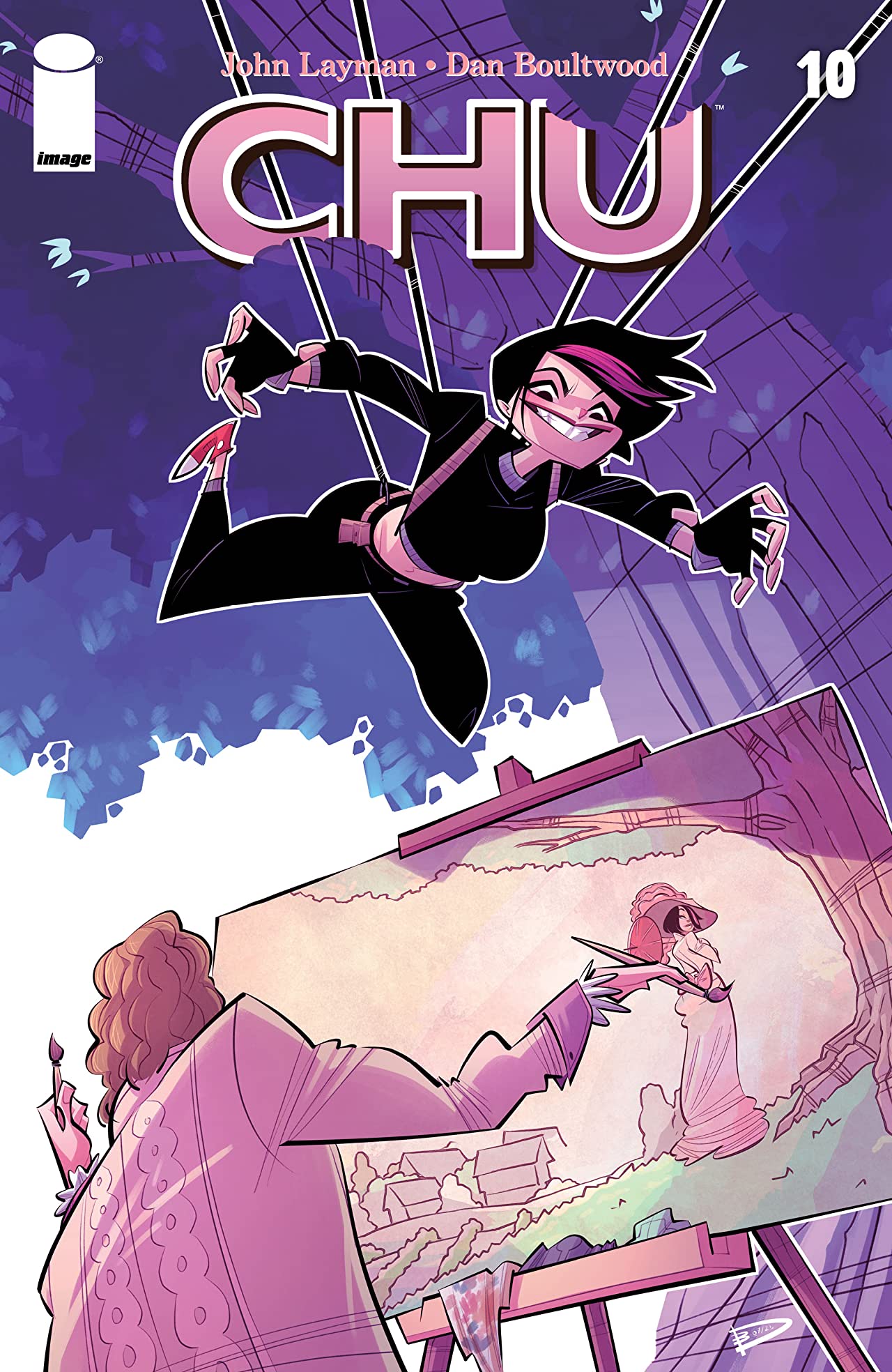 The finale of (She) Drunk History is exactly as bizarre as you expect from John Layman riffing off a time travel story. The cask of vineteporus that has taken Saffron to 19th century Paris has finally reached the end of its supply of shenanigans, and it’s time to wrap up the heist in properly convoluted heist fashion in Chu #10. There is no facet more convoluted than the fact that there are two Saffrons floating around the time period after the events of Chu #9.

Layman loves playing coy with the timeline. There’s a very laissez-faire attitude when it comes to the approach of multi-pronged grifts that get increasingly more complicated every page, but everything is so ridiculous that we’re conditioned to go along with Saffron’s mad dashes to her end goals much like her compatriots. This is Saffron at her finest, a smooth talker whose acquired skills make her dangerous, but whose originally gift of gab is still her bread and butter (food puns definitely intended). This is a Saffron who know that when the going gets rough, you fall back to the fundamentals. And it works because of the fast and loose narration and because as convoluted as the plans are, the plans have roots in familiar crime tropes that are easy to process and you appreciate the extra dramatic flair that was implemented in Chu.

Boultwood’s art continues to be a fantastic case of cartooning. The characters are vividly rendered, and the exaggerated emotional responses are a delight to look at. The set pieces are stunning and while there isn’t a lot of action in this particular issue compared to its predecessors, it’s still a thrilling read.

The more time we get to spend with Saffron and ruminate on the vector this series is going in, the more I appreciate it. Whereas her brother’s power was integral to every stage of the story, Saffron’s personality is the star the show, and Layman and Boultwood perfected the proportions of this comic’s recipe. I’m very excited for the prospect of a book three after finishing Chu #10.