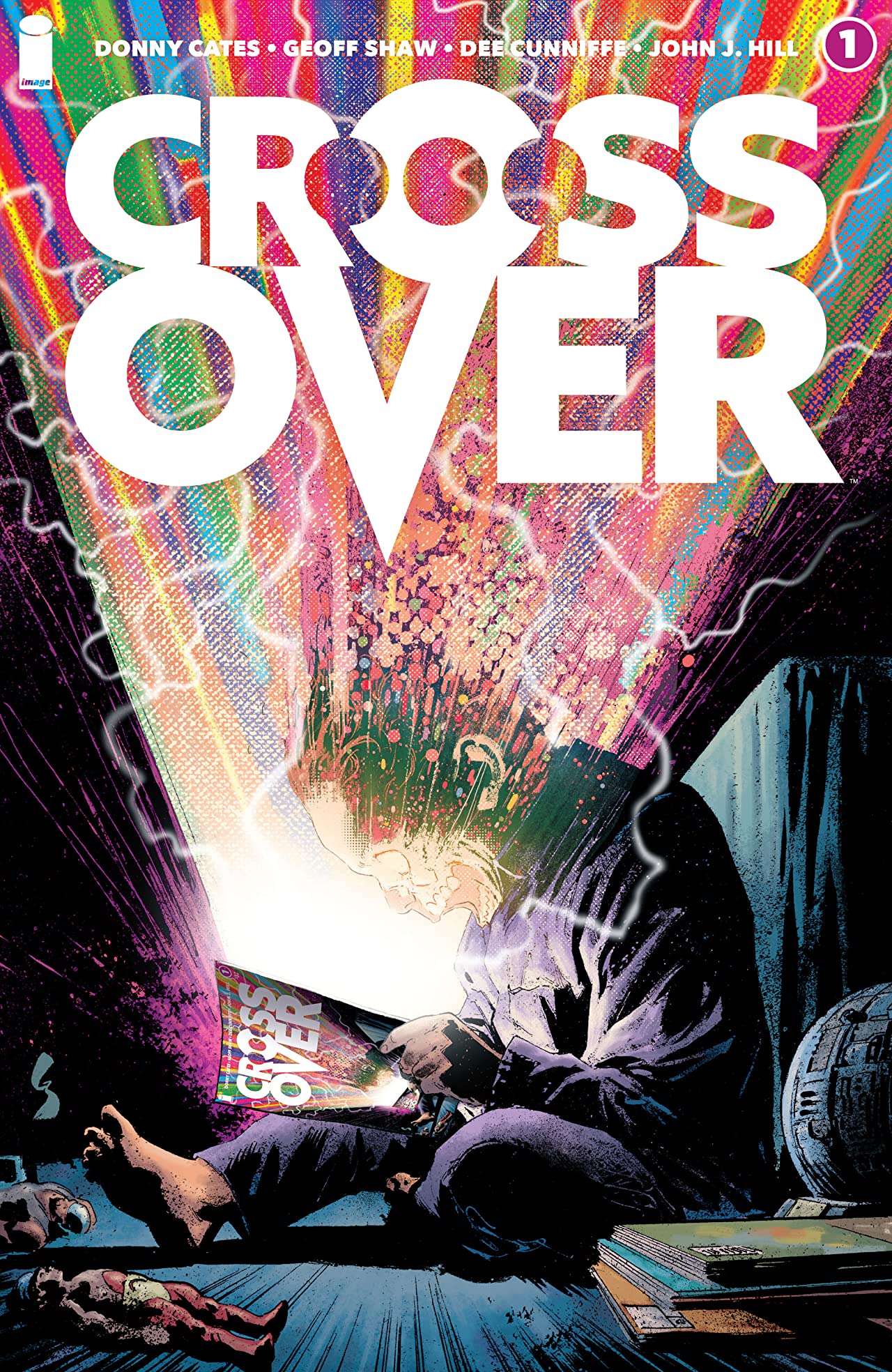 I love comics. I have been reading webcomics since middle school and physical issues for the past decade. Superhero comics hold a particular place in my heart because they essentially serve as a modern-day mythology and are quintessentially stories about hope that continued to entertain and provide joy. And I can safely say that Donny Cates also loves comics as the premise of Crossover is essentially a love letter to the medium and the genre in its entirety.

Crossover, true to its name, starts its inaugural issue by taking a sample from Wertham’s Seduction of the Innocent and an oddball quote from Image president Todd McFarlane, before immediately jumping into the proverbial meat and potatoes where the titular “Crossover” happens and comic book realities suddenly shift into the “real world” and society has to reckon with a new status quo.

It’s a very familiar set up and one that transitions into the meeting our main character of Ellipses Howell, a cosplayer and comic book nerd, and the moment we meet her, there is a panel that features a large billboard that proclaims “God hates masks.” That made wince just a bit if only because even if it makes perfect sense contextually in the world of the comic, it’s also quite the line to read in 2020.

And the fact remains that within the world of Crossover, comic book fans are sequestered to small safe havens and oppressed by a government that strictly restricts the content that is made available which feels kinda weird to me personally, although I will concede that the prosecuted nerd trope is one that I have personal qualms, although it gets compounded by the fact that the comic book characters that are now in the world are also discriminated against. These are structural choices that feel off that mitigate how much I could personally enjoy the comic.

Now that said, I do like Cates’ narration. I like the conversationalist style explaining the history and how each of the characters fits into the world. I like how the dialog play off and the general thematics regarding the nature of the story. Shaw’s artwork is stellar, and the full page spread that shows the inciting incident is a beautiful technicolor construction.

But while I like the story’s style, it’s substance leaves a little to be desired from an execution standpoint. I can see the appeal, but there are just a series of decisions that make it an unsteady foundation.