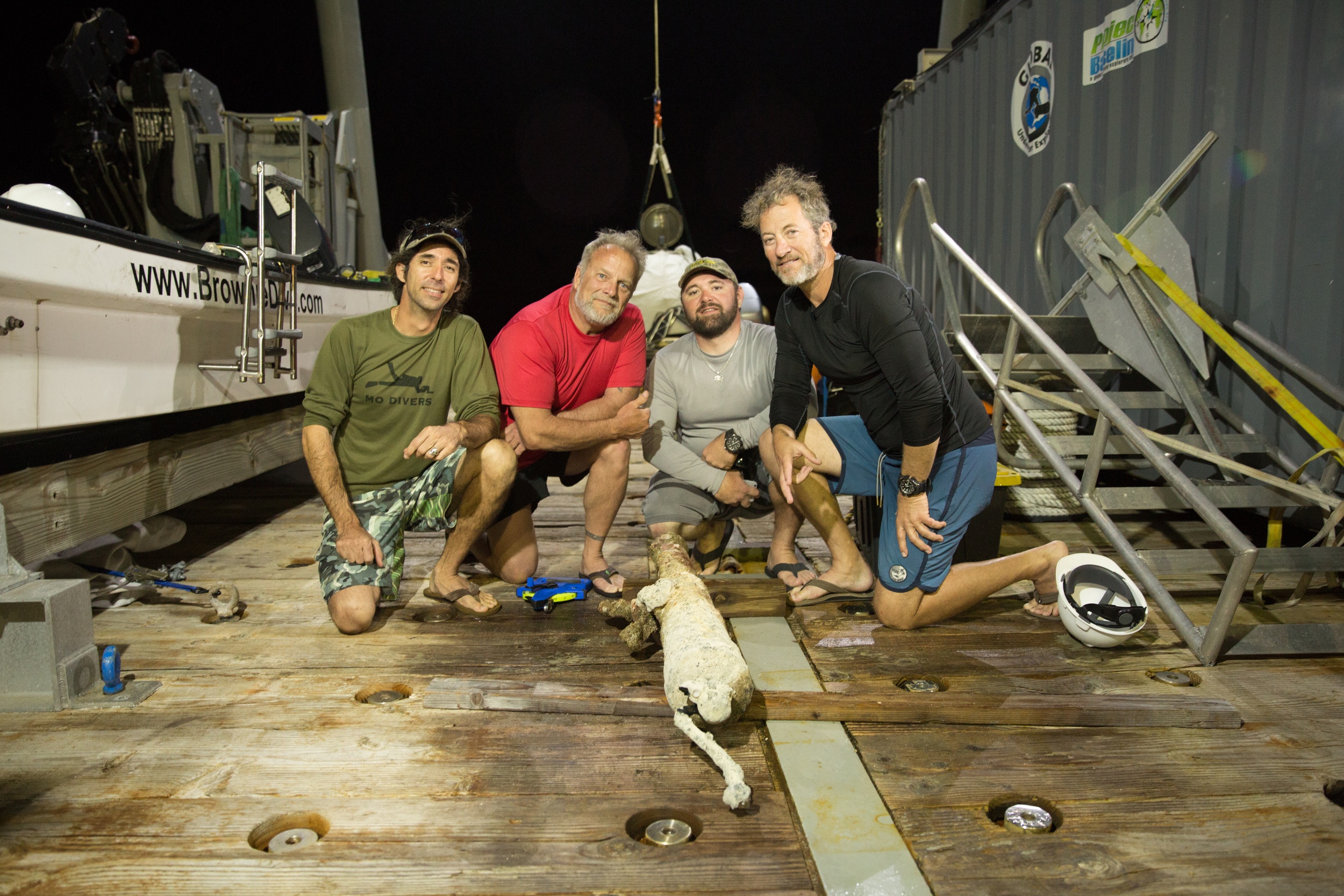 Cooper’s Treasure opens up with treasure hunter Darrell Miklos having possibly discovered the anchor from one of Christopher Columbus’ ships. That’s pretty wild right? Yeah, it gets real wild once the authorities show up. Yo, the police shut son’s shine down like it was sundown. Darrell had permits for what he was doing but the cops were not with any of that paperwork smoke. They made him put the anchor back and you can watch Darrell’s heartbreak in real time (I rewound it a few times to be sure).

Darrell mentions how this feels like history repeating itself as the exact same thing happened to his father. Wait, what? Dude’s daddy is a treasure hunter too? Well, Darrell’s father Roger Miklos was more pirate-like with his treasure hunting. Roger was getting it the ski mask way on the seven seas and not making a lot of friends. Darrell looks in the camera and tells the audience, “I am not my father”.

Okay, off the first ten minutes we already got treasure hunting, authorities goal tending said treasure, and a son dealing with the sins of the father. Right as I’m wondering if I am I watching an episode of One Piece in real time, we get a curve ball. While Darrell Miklos and his father’s relationship feels a bit uneasy (I’m really hoping that gets delved into more) we learn about how Darrell was close with NASA Astronaut Gordon “Gordo” Cooper.

Before his death, Gordon told Darrell that while he was orbiting Earth for NASA doing real astronaut shit, he noticed anomalies in the Caribbean. He started taking lots and lots of pictures, charting the anomalies, and came to believe that these were shipwrecks. Shipwrecks spanning back to the 1500s through 1700s (about 11 give or take). Shipwrecks carrying lots of expensive cargo. Gordo gives Darrell his research so he can finish his work. Which is very similar to how Gol D. Roger from One Piece kicks off the search for his treasure by saying, “I left everything I owned in One Piece.” The similarities between life imitating art are astounding here. (Well to me they are. Let me have this alright?)

The anime comparisons stop once Darrell assembles his crew to search the shipwrecks. Darrell has gone all out with his crew, equipment, and ships. Now when I say all out, I mean this shit costs money and the people sponsoring him want results. Darrell has 8 weeks to get those results. Dude literally took out loans and puts everything on the line. Darrell is going for broke here, which is what separates Cooper’s Treasure from previous similar shows. Darrell’s livelihood is on the line. I don’t think he’s goin’ get his legs broken by loan sharks or really mean capitalist but he has to wield results.

This Ain’t Your Typical Treasure Hunt

The fact that this takes place at sea makes it way more…random I guess? They have the technology to pick up large chunks of metal and map where they are. It looks very tiring how they have to dive in and out of the water, while also needing a sharp eye to watch for clues of shipwrecks. The wreckage lets you know if you’re on the right trail. So if you see an anchor that looks more modern, you’re in the wrong area. However, pieces from older ships like cannonballs and especially cannons, let you know you’re heading on the right path.

With only 8 weeks to search these large areas, your team is important. Darrell’s team knows the types of ships that have sailed along these routes (one may have been Sir Francis Drake’s [Uncharted fans know all about him]) as well as where and why most of them crashed. Today’s technology allows for them to get closer to these shipwrecks than Cooper could in his explorations into the Caribbean. However, tension can run high as time becomes a factor and they’ll have to take more risks and guesses to uncover clues to one of the 11 shipwrecks.

But For Real, They Should Make This an Anime Too

Darrell’s team notes how his optimism and experience make him the driving force in explorations. It’s pretty infectious as you watch and get excited for their discoveries along with them. I wasn’t expecting to be this invested on just episode one. Darrell’s team shows their experience as they divide and conquer, follow a trail wreckage, and get super joyous upon discovering big clues. Just one of those 11 ships will be more than enough of a payday for Darrell and the team. They’re on the right track so far, but the sea can be a perfect merciless tempest.

…I mean, at least that’s what old-timey sailors say. I wouldn’t know. What I do know is that Cooper’s Treasure premiers June 22 @ 9pm on Discovery.