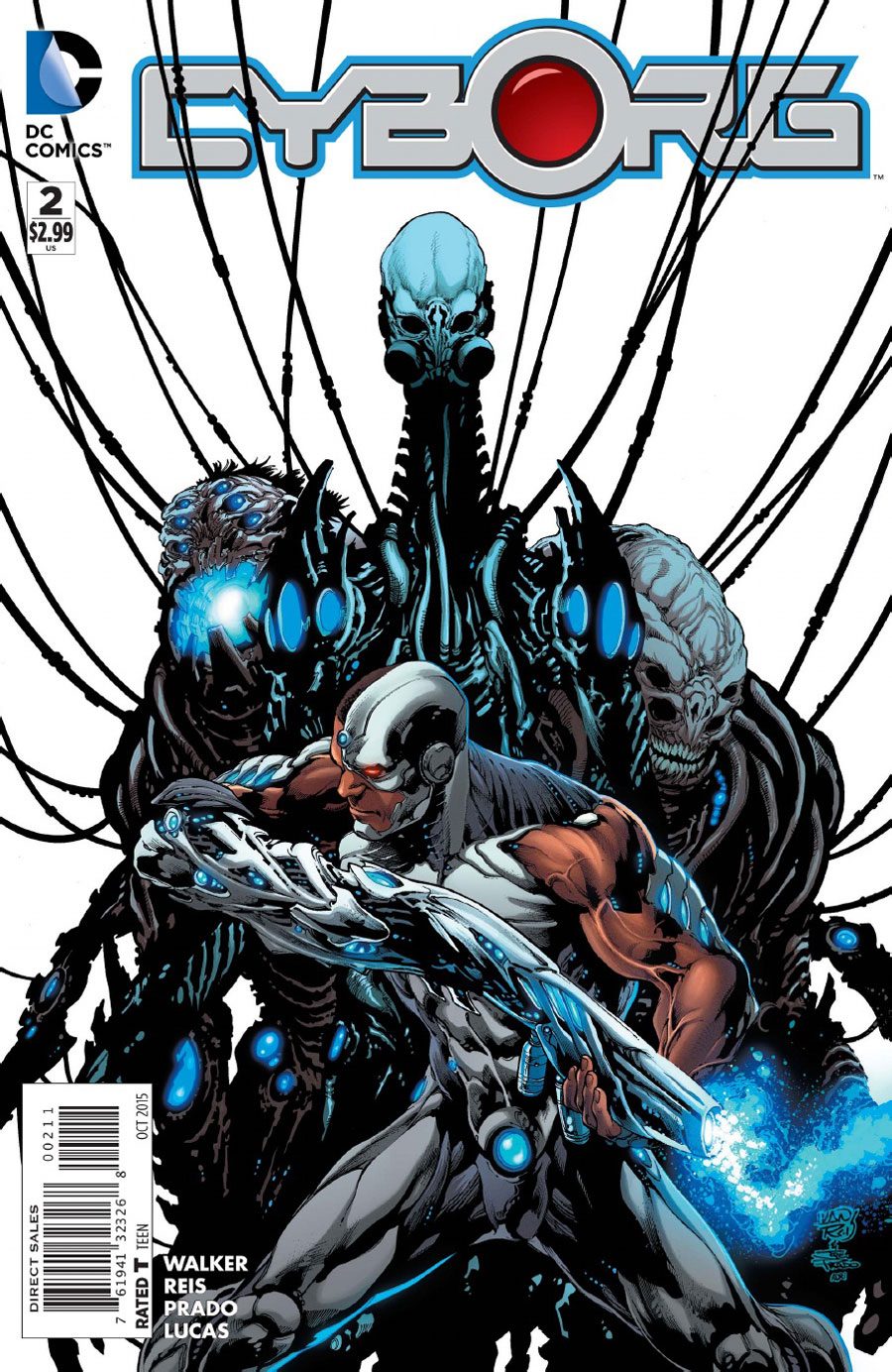 So, between Mark Waid making Archie of all comics feel like a whole new book, and David Walker accomplishing the impossible in making me care about Cyborg, it’s clear that the right writer can conjure miracles. That said, for its first issue, Cyborg seems to be a legitimately solid book. Walker is intent of adding some long overdue depth to this longtime not-marquee character. But can he keep the momentum going?

Issue #2 continues to explore Cyborg dealing with his newly evolving powers as an unknown threat (or maybe not so unknown if you read the special preview comic or something) comes closer to a confrontation with our hero. Let me just say right off the top that Vic’s new costume design is a godsend. Part of what alienated him from me as a character was that his whole look felt way too bulky and cold. Granted, you could say the same about various incarnations of the Iron Man suit, but Tony Stark had way more personality to overcome that obstacle. As I’ve mentioned before, Cyborg has never been established enough in terms of character development to accomplish the same. I said all that to say the new design makes him more accessible and easier to relate to.

Speaking of character development, all the basic tenets of Walker’s established emotional spectrum for Cyborg are all still in effect. The relationship between him and his father is effective even when it’s happening through laboratory glass. The looming conflict of black market cybernetics becoming more commonplace could make for interesting threats in the future in the series, and potentially, in the DC universe overall. Just imagine if the Gotham Underground turned cyberpunk. But the context of this particular book, it seems like a theme that isn’t cashed in on in as sophisticated a manner as it could be. Still, it’s a nice seed to plant for later.

Meanwhile, Ivan Reis’ artwork on this book is nothing short of magic. Between his facial expressions, villain designs, and concepts for Cyborg’s ever transforming tech, even if you don’t like the story, the visuals alone still make everything worth the price of admission.

Bottom Line: This is an amazing looking, well paced book with plenty of promising themes to build upon in the service of seasoning a previously bland character.