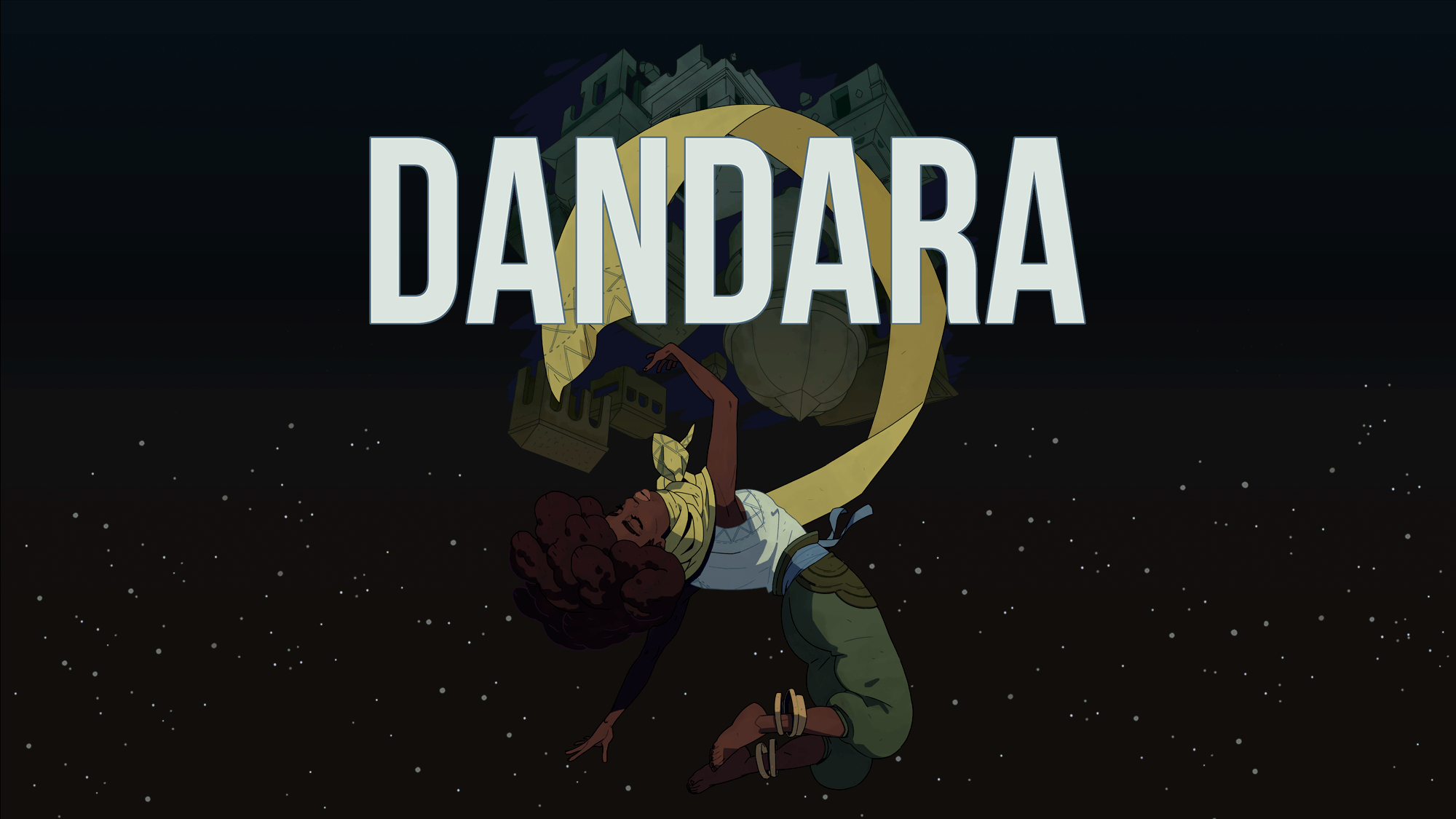 I think I have some kind of radar for Metroidvania-styled games because my eyes lit up like a Sharingan when Dandara was announced. And as infrequent as Nintendo is with Metroid games, I need to get my fix in somewhere. What I love most about this genre is that almost every contender puts its own spin on the classic formula. Dandara is no exception. This game literally twists and turns the world around you and it’s a lot a fun – for a while. What you will start to notice that Dandara is unforgiving, and more often than not you’ll have adust yourself to the “Shit just got real” position on your couch in order to get through it. To truly understand what I mean, let’s start from the top.

Dandara is a simple tale. It takes place in the world of Salt, which is on the verge of collapse due to oppression. Our hero Dandara awakens as the last beacon of hope to put this dreamlike world of creation and freedom back together and out from under the thumb of its oppressors. Dandara draws inspiration from real-life Afro-Brazilian freedom fighter Dandara dos Palmares. During the 17th century and along with her husband Zumbi de Palmares, she helped protect slaves and bring them to sanctuary.

It’s nice to see developers Long Hat House take inspiration from their home country and it’s history. That inspiration and the themes that they draw from it sets the tone for the whole game. As Dandara moves throughout the Salt, you’ll find the broken spirits of its citizens, locals overrun with enemy soldiers and creatures, and encounter people who are alone, afraid, and have lost all hope. It’s a world filled with oppression and turmoil. The story doesn’t really move beyond its simple premise but it is enough to know that you have to free your people. 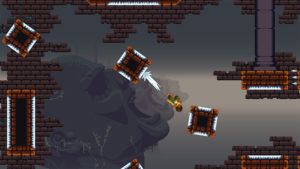 This is where Dandara shines and fails. The platformer’s gameplay is an interesting concept. Dandara doesn’t run or walk, she bounces from wall to wall – doing her best spidey impression. Although, if I had to compare it to any other game, Dandara plays like a 2D version of Gravity Rush. It’s as simple as the aim of the left analog stick and the push of the jump button, and any white-layered surface that’s close enough is available to you. You also have a charged attack and special abilities that you earn along the way. As you defeat enemies and break objects, you earn salt, which is the game’s currency to level up and upgrade your health, energy, and items.

Playing this way is just as unique, and as fun, as you can imagine. While being able to only jump might seem restricting, at times, I felt untethered to anything and like I could go anywhere. Before I knew it, I was bouncing around with ease, accompanied by the game’s amazing soundtrack. This works well when you want to explore every section available. Also, the abilities you earn are great. I found myself switching between the different powerups often to overcome the various enemies types. You also unlock new aspects of the world. These aspects equally act as a hazard and a new way to access previously closed off areas, which is an interesting mechanic.

However, the game barely lets you enjoy this before being barraged by its overwhelming difficulty. You’ll realize pretty early on that the game simply just does not let you breathe. It will throw a relentless amount of enemies and hazards at you, all at once. With Dandara‘s control scheme, it can be hard to navigate yourself during these intense fights. I found myself dying over and over again in mind-numbing frustration just to get to another area of the game. The worst part is that once you die, you are sent all the way back to your last resting spot and lose all of your salt. You have a chance to get it back by revisiting where you met your untimely demise but it can often be an effort in futility as you die once again.

A hard difficulty isn’t always a bad thing but Dandara doesn’t balance it well. Where this mix of hazards and enemies do work are the boss fights, which were my favorite part of the game. Here, I didn’t mind dying so much because the bosses made the best use of Dandara’s gameplay. It was fun, intense, and worth the pain. I really do wish that the rest of the game felt like this. You can get through it, just know you are in for a tough time. 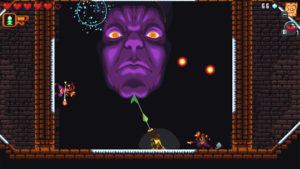 I’m exhausted. Like physically and mentally exhausted. After several hours of bouncing through cave, desert, and futuristic-styled mazes, Dandara has taken all the energy I have out of me. This game is brutal and unforgiving to the point that I began to asked that it have mercy on me. While I came into the experience intrigued by its interesting gameplay mechanics, I left wishing that the game would have let me enjoy it more. Now, that’s not to say that Dandara isn’t a fantastic game. In fact, it’s one of the more unique takes on a Metroidvania that I’ve seen in a while. I highly recommend that you give it a try. Dandara wonderfully mixes its influences with its own style of gameplay for something that feels completely new. However, just beware that the game’s soul-crushing difficulty is a hurdle you’ll have to overcome.