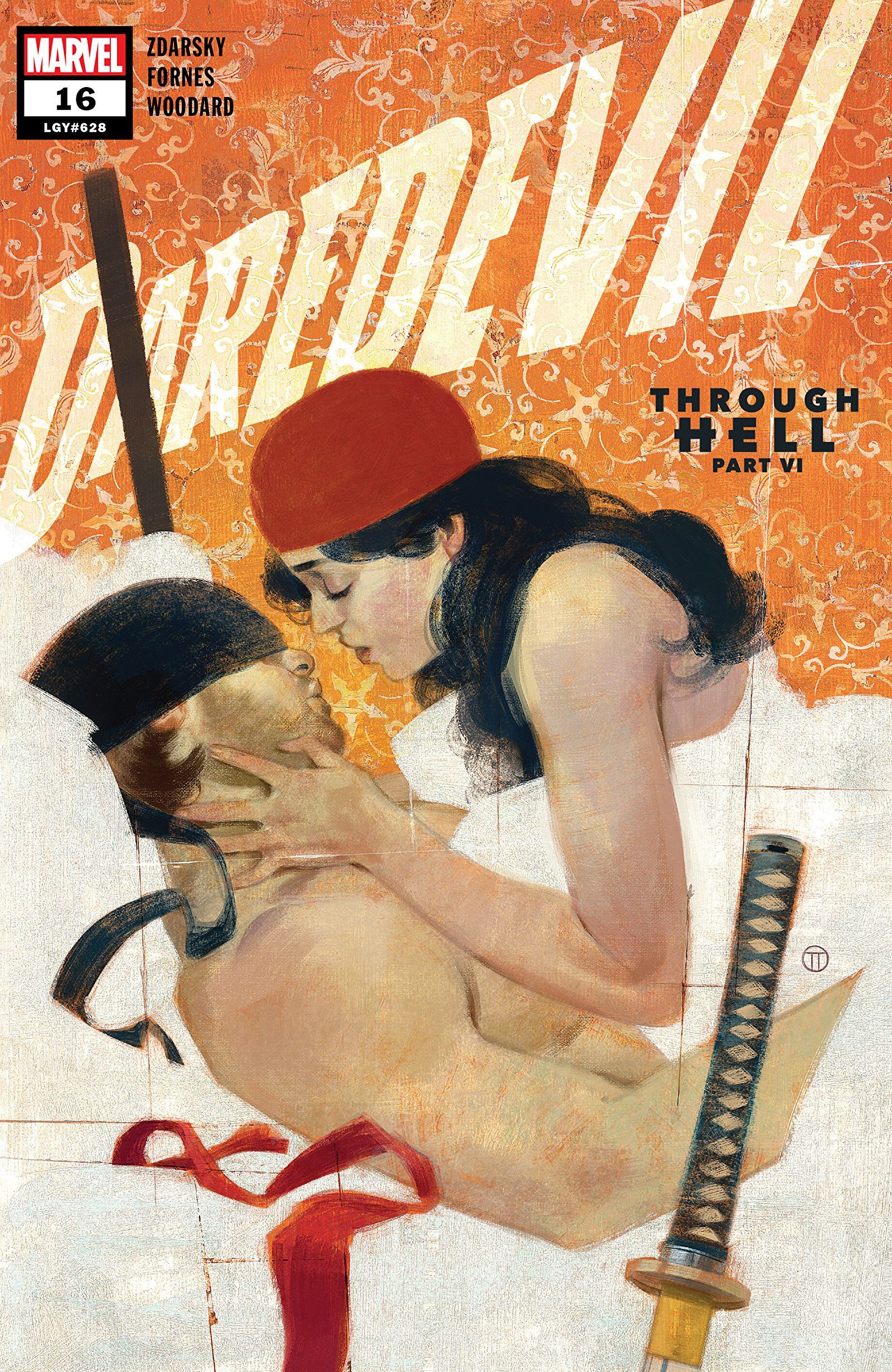 Oh, Daredevil is back! Well, not really. He’s still not using the name, but he DID take on three ninjas. I won’t lie; it’s annoying and seems like an excuse to use the costume from the first Netflix season. Given the gravity of his neglectful killing of a petty thief, I’m willing to accept the refusal to use the moniker despite the recent re-honing of his skills. I didn’t need a reminder that he did a magical “Forget-Me” spell to re (re?)-erase people’s memory of him. During some post-coital pillow talk, Elektra is correctly suspicious that she can’t seem to remember his identity despite their long history. Speaking of pillow talk, though . . .

The opening scene with Madame Natchios has been a delightful ongoing theme these past few issues. Murdock can’t seem to get over the fact that she kills people, even though she’s been graciously avoiding any killing while training him. Our protagonist is also feeling guilty from his recent involvement with a married woman. But, alas. His character’s iconic Catholic guilt creates the idealistic stoicism that makes Murdock Daredevil. Both Elektra and I are probably both doomed to be frustrated by a character we’re intrigued by. 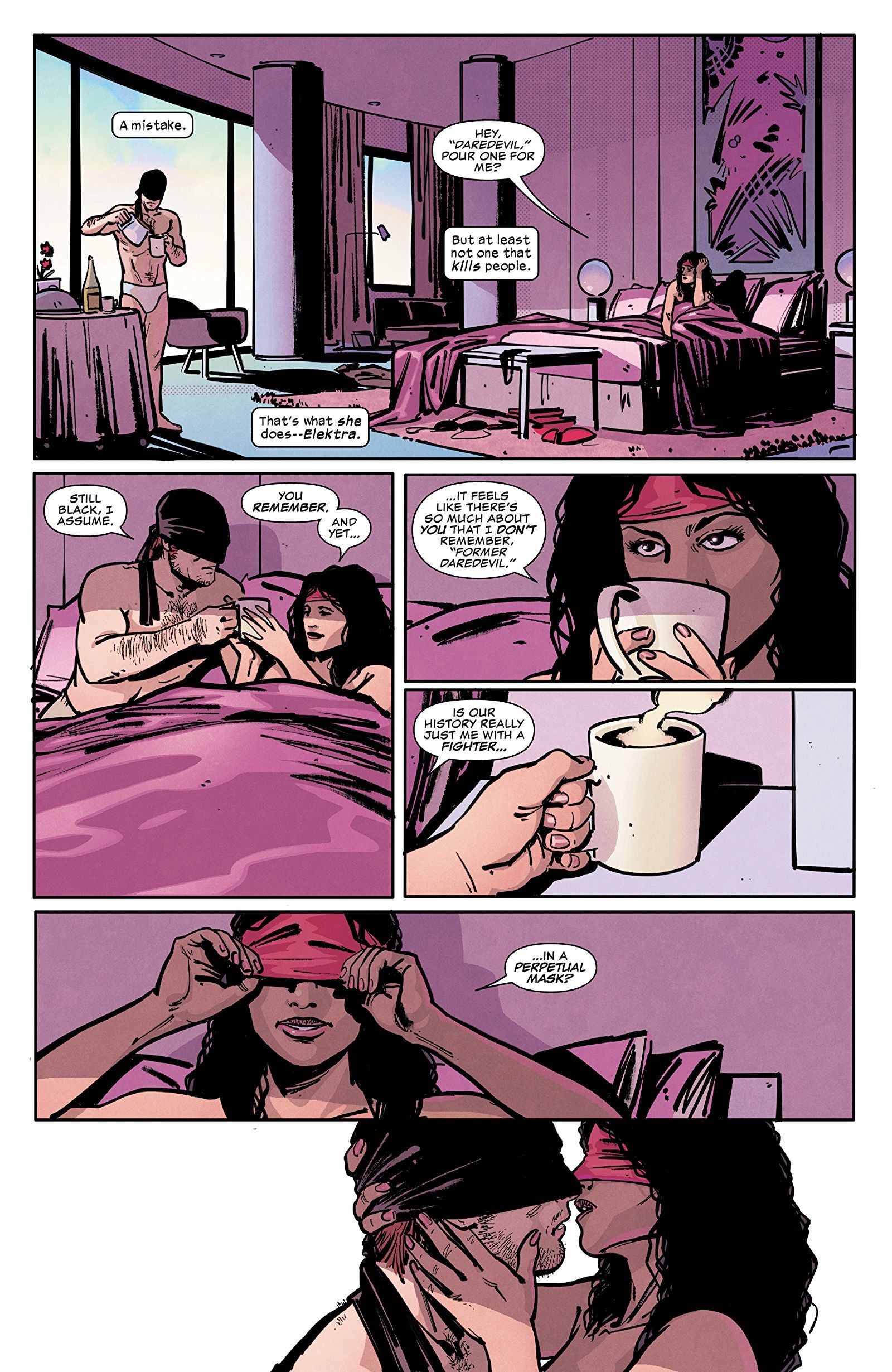 Zdarsky’s story is coming to a critical point with Daredevil and Elektra, Kingpin, Detective Cole, the Owl, and the Stromwyn Family all gearing up to fight for control, power, Hell’s Kitchen, or some combination of the three. I’ve gotten used to Zdarsky’s writing, and it can seem like I’m not getting as excited as at the beginning of his run. It’s important to give my boy space to set the next part of the stage and respect his ability to keep this run going strong. The book wasn’t devoid of action, though. My favorite scene of the book was Murdock talking himself through his fight with three ninjas; ending with me just as surprised as Elektra looking upon a victorious Matt. The last thought bubble; “You’re in control.” Props to Fornes. He has a style very different from the normal artist. The lines are bolder and give me a more traditional comic art vibe, but I’m with it. Fornes is with us next month too, and I can’t wait!

8 “Blindfolded Elektras” out of 10