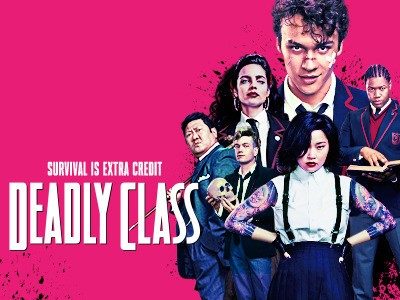 Master Lin opening up this episode dropping bars about emotions. Homie was like, if you love someone enough to die for them, you certainly will. Cold blooded!!

Meanwhile, Chester and the Hillbilly gang got Papa Shabnam pooping into newspapers all over a dog cage. Fuckface debates putting him in diapers when old man bolts for the door. Too bad Chester watched Hunger Games like 50 times and set up the ill spiked log trap, turning Papa Shab into a skewer.

Kids of the Black Hole

Saya was scoping out Chester’s hideout and brings the surveillance pics back to the “Vegas” only crew. Willie ain’t down with the house bomb cause and bounces on that on his Ghandi flow. They recruit Lex who says he’ll refer them to a bloke who knows.

Master Lin and his seldom seen bae Shu are discussing the odds that Gao will let their lil girl stay out of the stone cold killa country club when we get that Lin and Gao animated memory. Lin tries to get his baby sister out of the family murder business, but The Guild is in their blood and homegirl is China bound. Outta nowhere we find out Gao apparently lost her son to The Guild, so Shu doesn’t think she’s gonna let their daughter, Nahia, slide. Lin leaves on the note that he’ll do whatever it takes to protect his fam, and this is all setting up a pretty beastly sibling battle.

Maria and Marcus’ relationship continues to nosedive with the help of his brutal honesty about Saya. Maria looks at him like, “You and her got all the secrets huh? I will deadass cut somebody! But I ain’t got time to be adding this to my list of worries, I have Diablo problems.” She has a simple request — to not spend the night alone — because it could be their last. They kiss and the camera pans out to reveal Gao’s sneaky lil pet Shabnam recording them the whole time.

Saya tries to pull Willie back into the crew but he’s ready to dip on King’s Dominion hard body. Next she tells Marcus she has to make contact with Lex’s killer for hire and to not fuck up or it’ll all fall on her. Marcus watches Maria spiral from the doorway and I’m wondering if he’s gonna bite the bullet and make her his for real for real bae, or cut her his losses, cut her free and run into Saya’s open arms.

Aaaanddd he winds up joining the misfit crew at a punk rock show, where they’re scheduled to meet Lex’s homie. Punk rock origin battles (America vs. UK) pop off, Lex goes off with Cactus Jack to get explosives and The Adolescents start shredding. Marcus ain’t down with the punk and is ready to bounce but Saya like, “Naaaa fam punk rock legends are about to lace this bish and you might be dead tomorrow, so come get a swig of this flask and mosh wit a real one.”

Marcus has the time of his life. It’s all capped off with a beautiful kiss from the girl he clearly wants to be with. The next morning he wakes up naked in what appears to be a graveyard. He realizes he cheated on his girlfriend with a sexy Japanese assassin and has to book it to the comic book shop before someone finds the stashed explosives. His trippy run to the store is flooded with memories of last night and those three words that a needy piece of shit should never say.

Marcus makes it back before any drama pops off, but Saya isn’t so lucky. She returns to Master Lin sitting in her room, calling her out for violating curfew. He tells her she has to report to some location that night, and it wasn’t no soft ass request. As the day drags on, Marcus’ hangover goes from annoying to nuclear, culminating in a fart turned shart, turned full on leaky Slurpee machine. It was gruesome.

Saya looks around up and down the street Lin has her posted at, and is like, “Fuck this noise” then goes to meet up with her squad. She gets to the van, much to Maria’s chagrin and they head out like OGs. 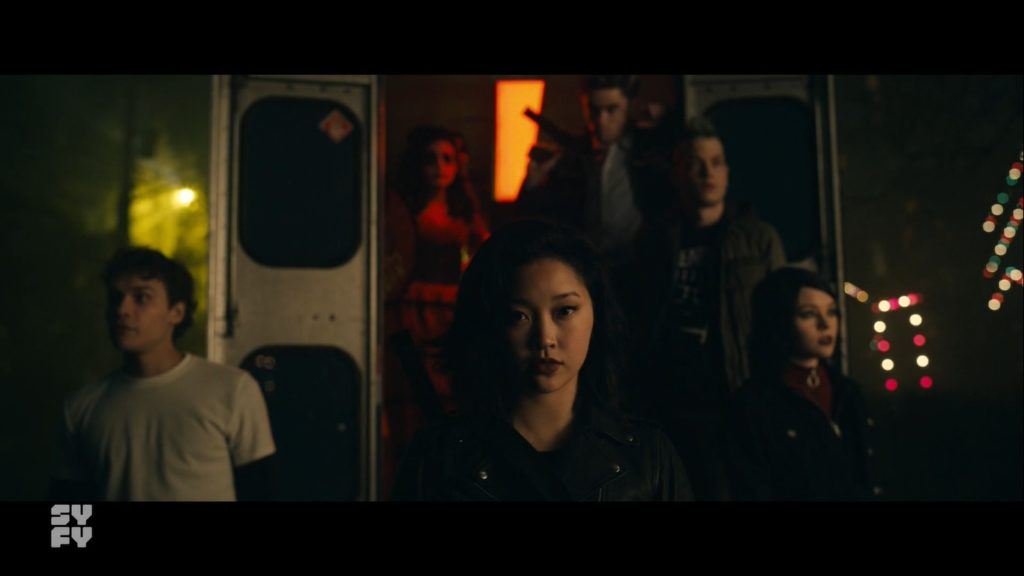 Master Lin reports to The Guild and finds Gao chillin, talkin bout, “You sent students to kill me?” thinking she had the upper hand, but little did she know, they was frontin the whole time. Their loyalty always been to Lin and a battle pops off. Gao a slithery one though, and escapes.

Lin, Brandy and Viktor gotta shoot the fair one with the naked furniture people turned killers. They dispatch them and Lin dips, leaving Brandy and Viktor to fend for themselves, stuck in that room. Lin runs home, doesn’t see Saya, but finds Diablo sitting at his dinner table.

In our final scene of this bottom heavy ep, we finally get to meet the real Shu — the woman who has been holding down the headmaster of this future assassins school. The Chopstick Shank Queen in all her family over everything glory! 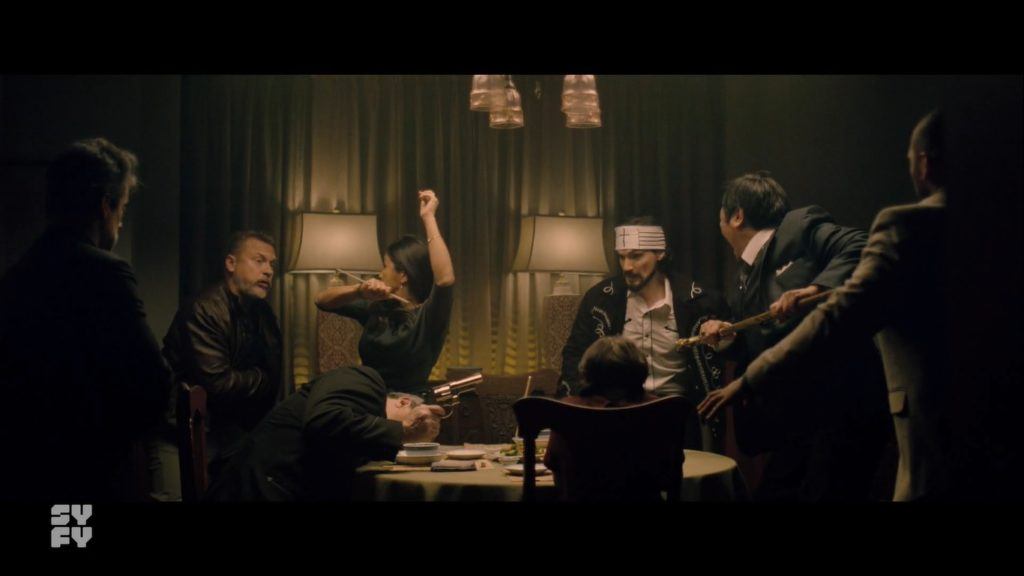 Shu was out here slashing and dashing all over the place. Lin was matching her step for step. They knocked cats out, handled their business and told lil Nahia to run, but you know kids are idiots in frightening situations, and homegirl freezes! Diablo cocks that gun back and aims it at shorty, but what mom dukes do?? She beg for his mercy? She cry hysterically? Hell naw! She stood up in front of his gun, protecting her child and accepted her fate. Rest in Peace to a real gangsta! 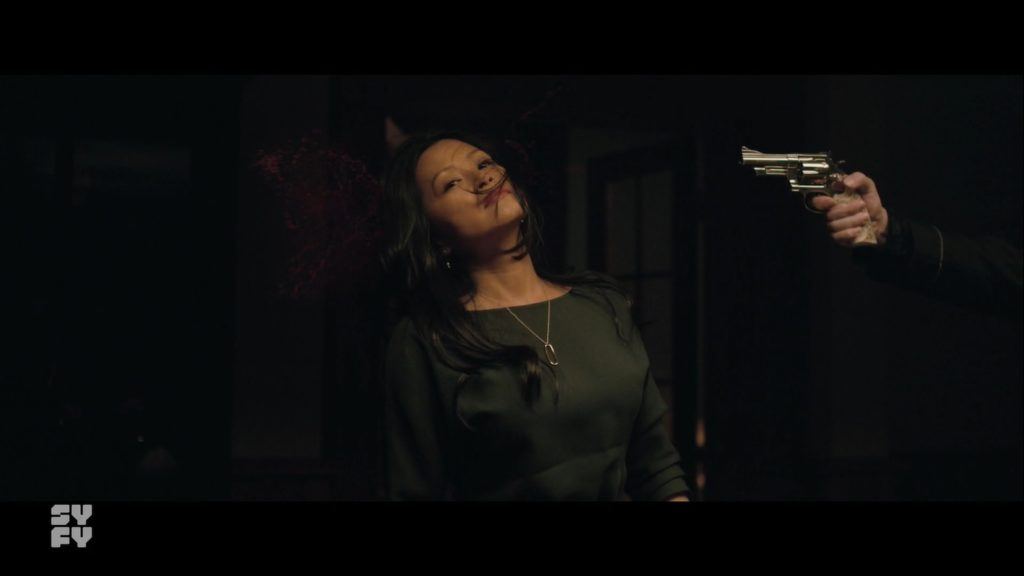 Honestly, Master Lin running away with Nahia don’t look good with Diablo on their heels.

Is Willie finally going to break his Pacifism streak and kill those guys at the gas station? Or will he go full Ghandi and make a new life with bae in LA?

The crew is ready to pop off and this finale is shaping up to be an explosive one.