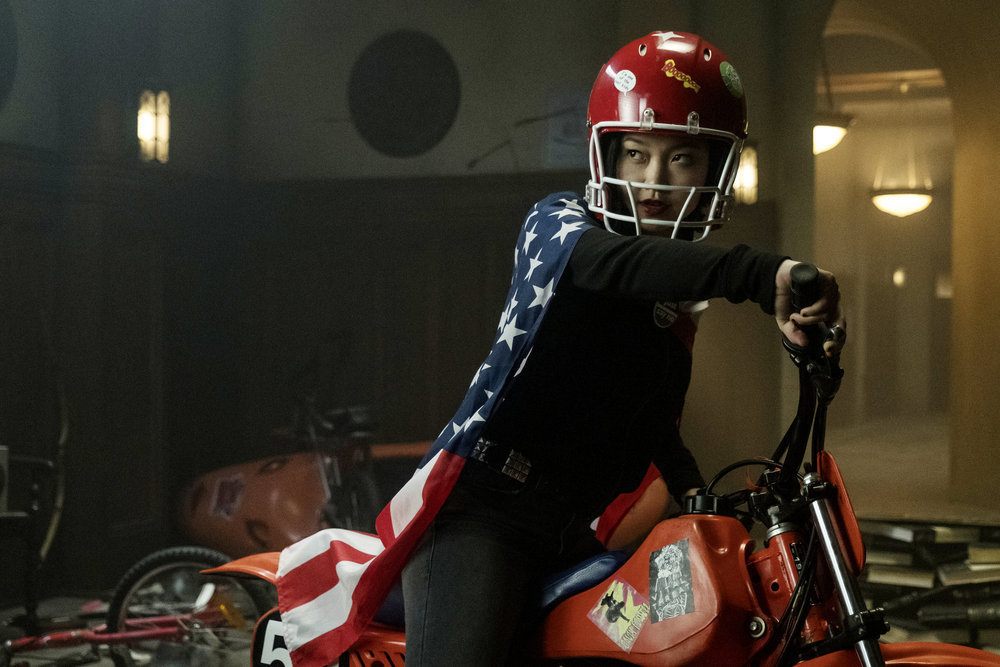 We’re in full Deadly Class 80s swing, so naturally, we’re blessed with a Breakfast Club episode of savagery as Baby Drago, Chico, Marcus, Saya, and some random dude get confined to detention. I love the little scenes that show the cutthroat world outside of Kings Dominion. Master Lin walks through a diner and we see every single person enjoying a bite is strapped or carrying a deadly weapon. Outside Saya’s hired killer is keeping tabs on the headmaster, presumably so he can take her out (or try) when he’s not looking. Later, we see two men in masks pull up to the diner looking for all the smoke, but it isn’t until our team gets into mischief that these fuckers come back into play. Catch Me If You Can

Meanwhile, Maria is plotting her get away plan. She goes to see Willie to cop a fake passport so she can leave her abusive man.

The Breakfast Club crew breaks out of their room and find the sacred cache of weapons and confiscated items. They basically go to Six Flags on Christmas morning rummaging through the hall of greatness. Unfortunately, Saya cant find her sword, but the rest of the gang have a blast finding grenades, bombs, classic 80s toys like pogo balls, pop rocks, and a myriad of other goodies. Marcus and Chico are low key bonding with a gladiator style one on one, resulting in Chico warning Marcus that he’s “waking the wolf” after a bop on the head, but he doesn’t spend much time play fighting with his nemesis. Saya explains that losing her Katana would mean the end for her life. So, he lends a hand in forgetting about the missing blade and convinces the young beast to go dirt biking in the hallway. She hit a 5 star landing on her jump, and all I wanna know is, can Lana Condor get any more amazing? We got a glimpse of Master Lin laid up with his beautiful brown bae. They’re talking about when they started up this organization then homegirl came at Lin’s neck when she said, “When did you become the over confident Community College student with your Shakespearean quotes?” Shorty dropped bars! Then, she tried to smooth over his worries by telling him the beast mode board members won’t know that Professor Poison isn’t really dead, but he claps back saying nobody gets away clean. Then, we find out that she was a former member of the organization and got out, but that just reeks of foreshadowing of the inevitable for her.

The detention adventure continues, and the crew starts to bond a little bit. Even Chico and Marcus find common ground when he discovers that Chico lost his little brother, but that soft spot fades quickly when the random guy named Jaden goes to jump the dirt bike, gives the middle finger before taking off, and swiftly has his middle finger and hand removed by the dudes in masks from the diner. 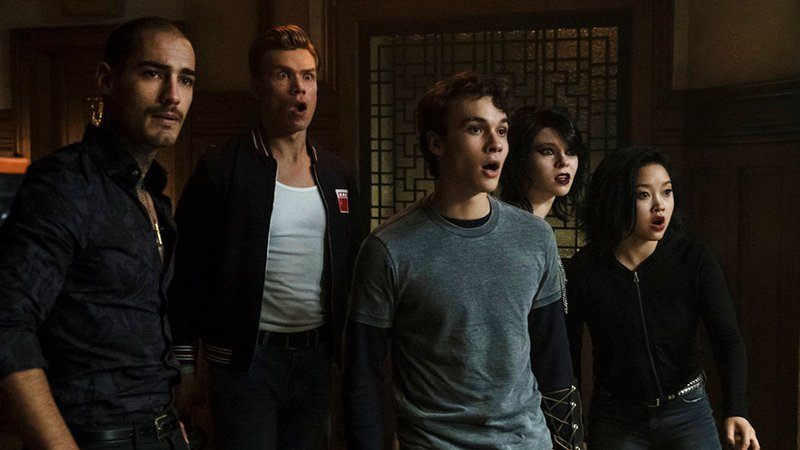 An all-out battle begins, and “The Murder Team” is getting sliced up and hacked to pieces like teenagers in love at Camp Crystal Lake. Baby Drago gets a katana scar tatted across his belly, and Petra catches a hatchet to the shoulder blade before they run outta there. Chico sacrifice’s Jaden so they can barricade themselves in a room.

Saya admits those are the Kuroki, and they’re in the building to bring her back to Tokyo. Her masked cousins want the static, and Marcus is the only one willing to try and stop them. Chico wants to give her up, but Marcus ain’t wit the cowardly shits and just like that Chico finds an exit as they realize Victor is losing wild Soviet blood. They crawl through the small space like the start of the Facility level in 007 GoldenEye. Marcus and Saya get out and run down Chico but it’s too late as he closes the gate in their faces, breaks the key, then hits them with the Emilio Estevez fist pump on the football field as he walked away.

These Eyes, Are Crying

Back in the infirmary, Petra and Baby Drago writhe in pain trying to keep each other alive, and it’s as good a time as any to get hit with another traumatizing animated memory. This time we focus on the dark childhood of Petra. We see her family go from a God-fearing household to one that has filled with unsightly individuals, as her father claims to be the new Messiah of what appears to be a satanic religion. Now in perhaps the most heartbreaking scene in this entire fucked up show, on her birthday she went to the fridge looking for cake but instead finds her mother’s green eyes looking back at her in a mason jar. Maannn, her father catches her snooping, the jar drops, and her dad forces her to look into her dead mother’s eyes. It’s a haunting scene that really reminds you how horrible some parents are. The Kuroki goons find the basement level Marcus and Saya are trying to escape from, make quick work of them, and kidnap homegirl.

Back in the land of the not dying or kidnapped, Willie passes a hidden passport to Maria. It’s inside issue #26 of Grim Jack that features the TMNT, which is the only collectors’ item in the entire series of a character that most people will not remember. Despite the obscurity, Willie uses the book as a metaphor for her being down and out and eventually making it out alive, with the help of a brother. Chico pops up on her in her room (creepy much?), insults her for reading “kiddie books,” and she finesses the situation saying it’s for him. He opens it up and is mildly intrigued while she slips the getaway passport in her back pocket.

As the Kuroki killas make their way out of the diner that they massacred before entering King’s Dominion for Saya, Master Lin intercepts, and you know it’s about to go down!! Lin meets them halfway into the joint, grabs a sword, and all hell pops off. Before they could make a move, Marcus comes flying out of left field with a frying pan and clocks one of them mufuckas dead in the dome! Saya comes to and picks up that guy’s sword and goes hard against homie, but he’s too nice. Marcus has to keep jumping in to give her any sort of a chance.

Lin’s busy putting the work in on the young buck who got the package instructing him to get Saya back. As Lin takes care of business on the other side of the diner, Marcus, always filled with ingenuity, hops from one table to the next throwing plates, pancakes, and various kitchen items at the masked man. He soon realizes this is pointless and has to do something before they’re both toast. He dives and grabs the guy, giving up is body as Saya drives her sword straight through this cat’s chest barely missing Marcus but ending the fight. She takes off his mask, and it turns out to be her cousin. With this recognition, her face shows her severe deep inner pain.

Saya and Marcus meet on the roof to not talk about the seriously fucked up day they had. They joke about the drunken kiss that almost happened at Shabnam’s party and Saya opens up about the cousin that never went easy on her, despite being two feet taller than her. She mentions her brother and you know that eventually he’ll be coming into play, and it’ll probably wind up another tragic scene by the end of things. Marcus inches his finger close to Saya’s, and she does nothing to stop it from happening. Their budding relationship is the only thing beautiful about this show.