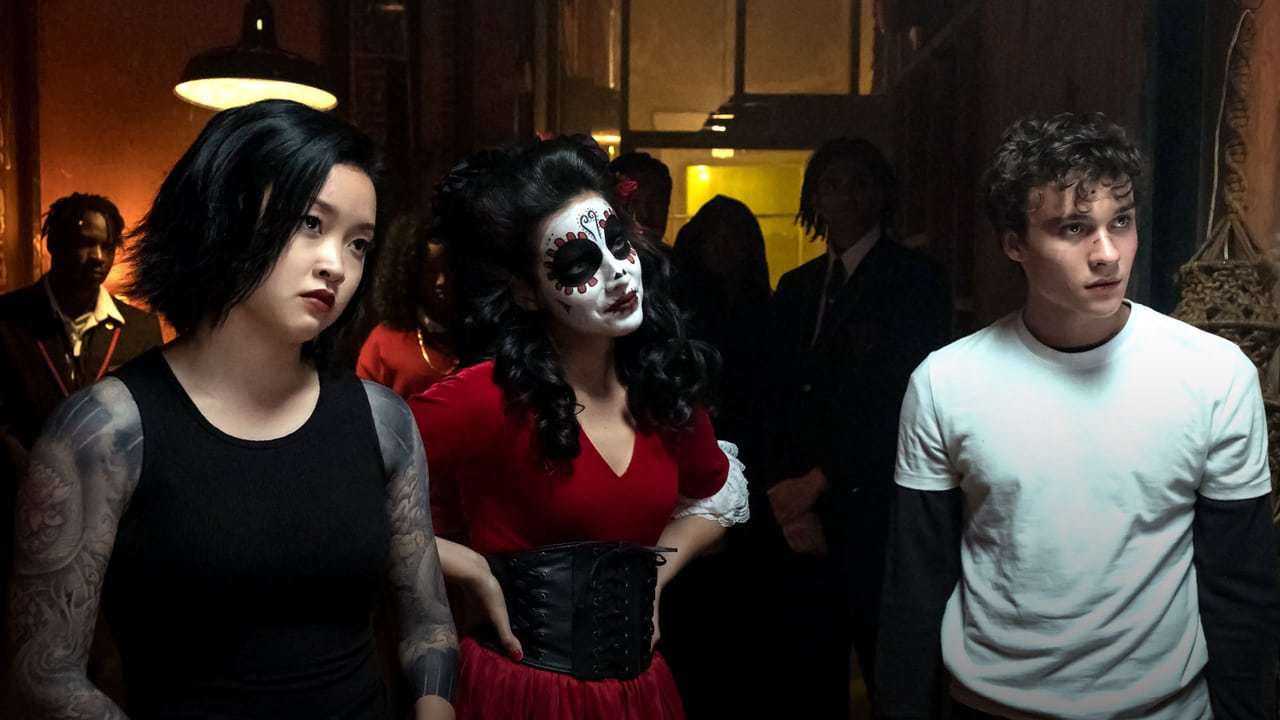 No time is wasted with the fire animated memory this episode. We see a broken Marcus and his Orphanage roommate who tells him that getting battle scars are what makes him a man. You quickly realize that huge scar on Marcus’ face was likely the result of his old pal Chester ‘Fuckface’ Wilson who we found out is into beastiality, killing cops, and hunting down our main character. It’s a grim set up for things to come.

Marcus and Willie da Imposter are chillin playing Mike Tyson’s Punch-Out! until Shabnam The Human Punching Bag gets back. Willie code switches from being the day 1 homie to his frontin ass gangsta persona demanding $2 whole dollars from his boy (behind closed doors). On the way to class, Marcus realizes it’s hazing week as Shabnam continues to be the most bullied kid in King’s Dominion, and everyone is buzzing about the Legacy dance about to go down.

Up in Blow Dart workshop, Saya puttin in that work that woulda made her an infamous hunter in Mesoamerica. Marcus trash ass couldn’t hit The Great Wall of China standing two feet away. Baby Drago creepin in the cut tryna rekindle his 10 minute flame with Petra, but she deads him on his dance invite.

That Girl is Poison

Next stop is Poison Lab where Brandy Lynn aka Young Tomi Lahren runs up on Petra with the venomous threats that she better not come to the legacy dance or she goin 1976 Carrie on that ass. As soon as class is over, Petra finds Baby Drago and tells him she’s down for the dance. She even keeps it a buck and tells him it’s to get back at Brandy, and he better not even think that she’s dressing up in some Valley Girl gear. Baby Drago got that hood Russian mentality cuz he just like aaaighttt! 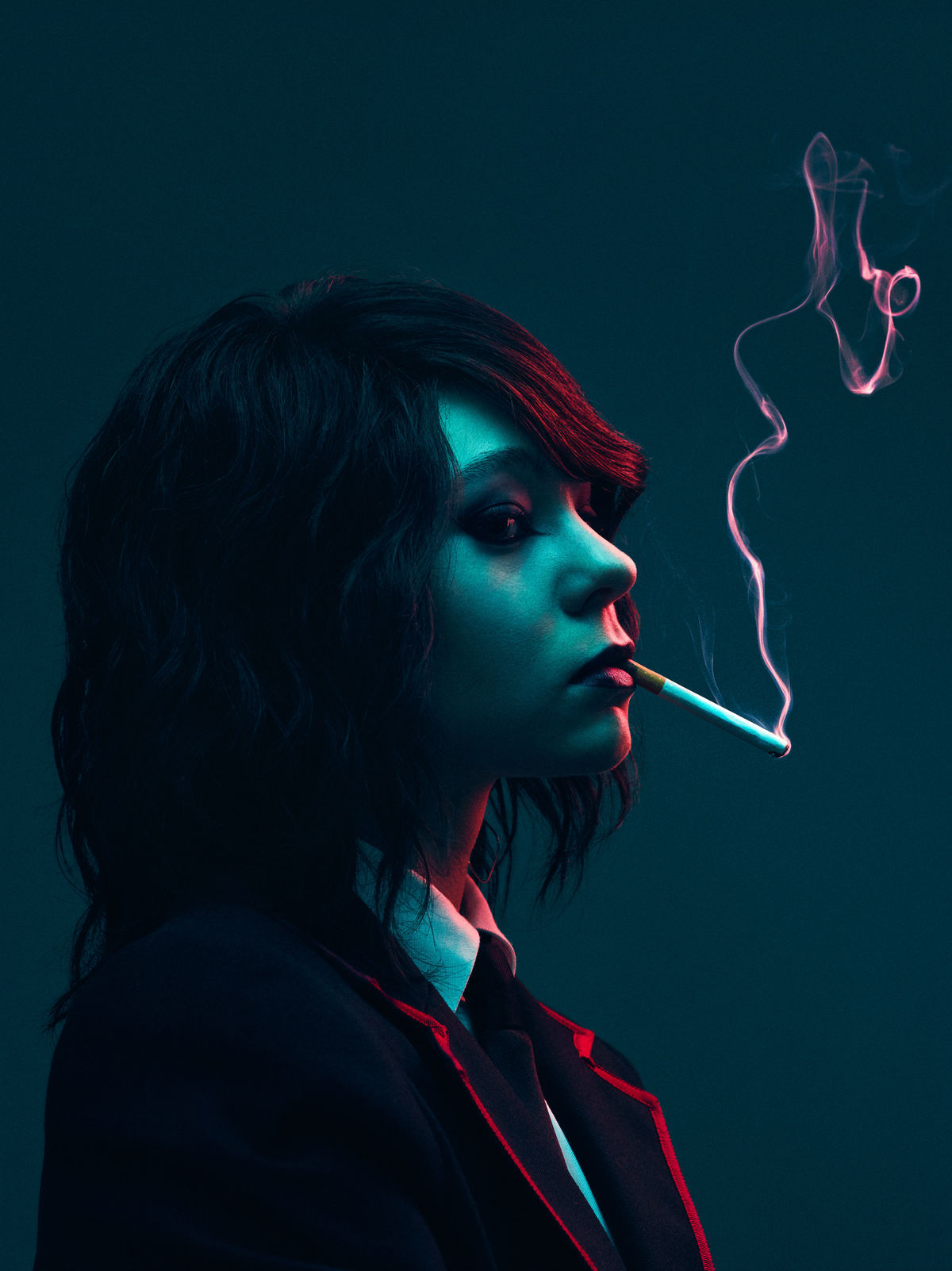 Meanwhile, Marcus frustrated he sucks at all his classes, so Mr. Denke aka Professor Poison gives him the realest advice to keep his head down and keep it moving until it’s time to get the fuck out. You could say it was the most intense conversation that Marcus has been through, and definitely the most screen time that Henry Rollins has gotten all season. By the end if the episode, we find out why.

Eye for an Eye

In the middle of lunch, Chico rolls up loud and proud before breaking the news that the misfit table (the rats, as the legacies call them) is currently chowing down on USDA uninspected rat! They all run to the bathroom and puke up everything but the kitchen sink. Well, except for Marcus cuz this ain’t his first time slurpin up rat stew. Billy and Colin Ferrell’s ashy lil nephew declare war on ayebody! The punk rockers skateboard through the halls tossing delivery boxes at everyone and into rooms, then wait for their vengeance to take off. One by one, they open them up and get a Home Alone style blue blast of paint to the face! It was pretty great.

Did you see how fast Maria went from chillin in her room, rockin out, to whippin out her Katana fan ready to FINISH HIM. She tells Chico all that murder he was flexin with last episode was mad extra and wants a girls night with Saya. He’s cool with it, which obviously means something must be up.

The whole murder team out here shook in Fundamentals of Psychology. Everybody but Marcus. They ain’t know what to do when they wheeled in the infamous one to teach. Students knew the track record; 41 kills, no bodies found, possible cannibalism, all prehistoric beast! Marcus with the No Chill calls that man out saying he hates him and fear inducing people like him ain’t much better than the Legacy bullies running through the halls of King’s Dominion.

Things get tactical when it’s time for Atypical Combat Skills. Saya, Maria, and Marcus sneak up on some sucker in a fly ass 80s Tommy Hilfiger lookin jacket. They successfully infiltrate until Marcus shows his inexperience and they have to brawl with the dude. In the end, Marcus gets praised the most for his fighting ingenuity, and the girls get shit on for expecting things to go perfectly.

Professor Poison hands in what appears to be his resignation letter to Master Lin, they have a conversation, and Lin was on some OG shit when he said this is basically a suicide note. Lin makes moves to some super secret, meeting location, gives a woman he meets the letter, and says he believes in his silence. She looks at him like he stupid and basically said, “Na son, that’s not how we do shit. You see these naked ass mufuckas happily standing in agony in the same spot for 12 hours straight?! They signed up for this shit! He knew what he was getting into.” And that was that. King’s Dominion board members are some cutthroat cats.

Maria and Saya have the cutest after class moment where they stop in front of a house and discuss their ideal normal lives. Thennnnn, they proceed to kick a liquor store worker’s ass and rob him of 2 bottles. Somehow this show always finds time to portray their young women accurately, while keeping in mind the duality that every deadly kid must embody.

On the flip side, Willie tries to be all cool with Marcus again but homie ain’t with that hate in the hallway, homie in the dorm room shit. Marcus keeps it a buck and tells Willie he can’t be friends with anyone who’s ashamed of him, hazing week or not.

Petra is in super brood mood player hating on the dancers from the sidelines, until Baby Drago invites her onto the dance floor, and they have a genuine good time. The rats kick it on the roof and talk their usual smack. Ashy lil Colin Ferrell pulls up with pyrotechnics and they have a grand ol time lighting off Roman Candles in the San Francisco night. Of course, Chico doesn’t allow Maria a night to herself and doubles down on the asshole tendencies by telling Saya that Maria’s been lying to her and keeping tabs on her for Chico. Baby Drago reveals his true Legacy colors and gets Petra trapped in the bathroom with the Dixie Mob. “Once a rat, always a rat,” as he puts it. They give her a sick beauty pageant makeover and parade her out in front of everyone. Mortified, she runs off to find the boys on the roof. They tell her it’s “normal” to want to be a part of the normal crew, but these are her real friends. Marcus officially declares his stance as ride or die with these rats and misfits.

Saya brushes Chico’s jabs off her shoulder and tells Maria they still cool, then body the rest of their stolen strawberry wine. The rats come full circle on their revenge when they fire poison darts at all the Legacy bullies, forcing them to start tweaking on the dance floor like Pookie on that crack. Marcus doesn’t get a chance to give Chico the blow dart business and starts to get the brakes beat off him until Willie shows up. They all almost go at it, but Master Lin pulls up and squashes the dance.

Billy and Petra are the only ones remaining in the raggety looking dance room. Not sure how the beats got infiltrated, but as soon as that record hits, Billy finds his crush and gets the dance of his dreams.

Willie and Marcus get back on their Nintendo homie shit, and Willie says he learned something when Marcus was spittin bars about patriotism. It’s all about protecting your people, and Marcus is now and forever his people. It was deadass some violin music type beautiful shit.

Lin tells Professor Poison his contract can’t be restructured, advises him to take a sabbatical, and enjoy some Pina coladas and Mai Tais on an island somewhere. They argue about how much good they’re actually doing then come to terms with the only outcome: Death by resignation. Professor Poison asks for a head start for old times sake then it’s get clapped quick season. They toss the hands, and it’s shards of glass to the gut here and tossin mufuckas through fine china cabinets there. Master Lin aka Bury Me a G gets the upper hand, and its curtains for his old friend. He chokes the life out of that boy but lets up before the deed is done. I don’t know how smart of a move that was, but it’s a surefire way to drum up hella drama with the King’s Dominion board of death dealing directors.

We finish up with the most unexpected hit request. A boy enters his room and finds a package filled with stacks of money. At the bottom of the box is Saya’s face, and all I know is this dude better bring the noise if he coming at Saya the Savage Swordswoman!!