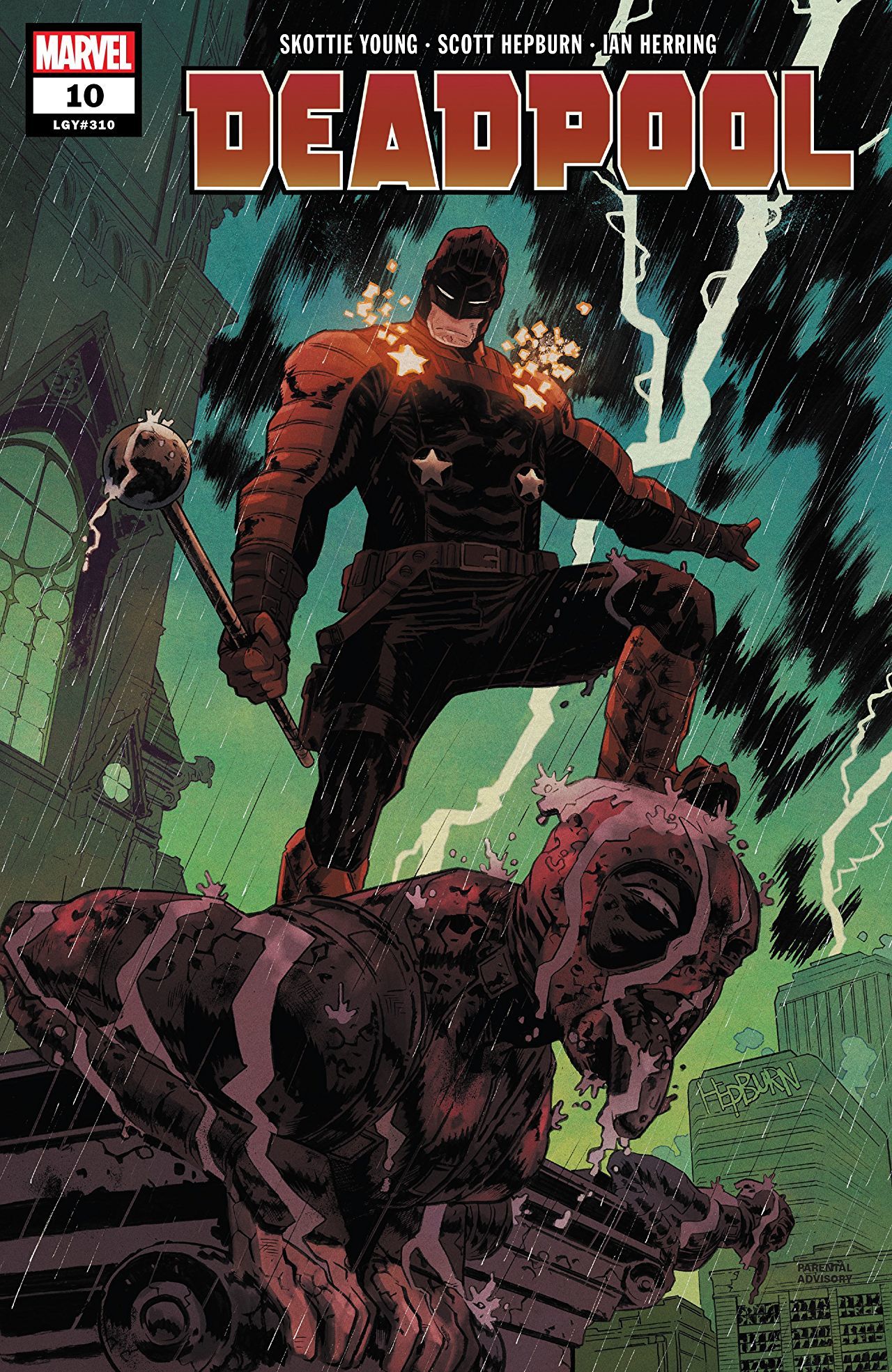 Run Me My Balances

Run me my checks and run my blood banks! Somebody is coming for Deadpool’s kills. When somebody gets in between you and your guap, be sure to come out with the elaborate plans and the weapons to match. This issue is going to lure you into Deadpool’s dilemma. Who is stealing his jobs and leaving weird messages etched out in blood? I enjoyed dabbling between fun conversations and hopeless exaggerations that Wade never fails to bring forward. I didn’t question the creators intentions. Never wondered “wow is this enough?” “Are the stakes high enough for this kind of action?” I was able to justify and understand the balances and purposes of character choices. A sigh of relief considering that Wade moves impulsively and it is often hard to match the balance of someone who is literally all over the place. 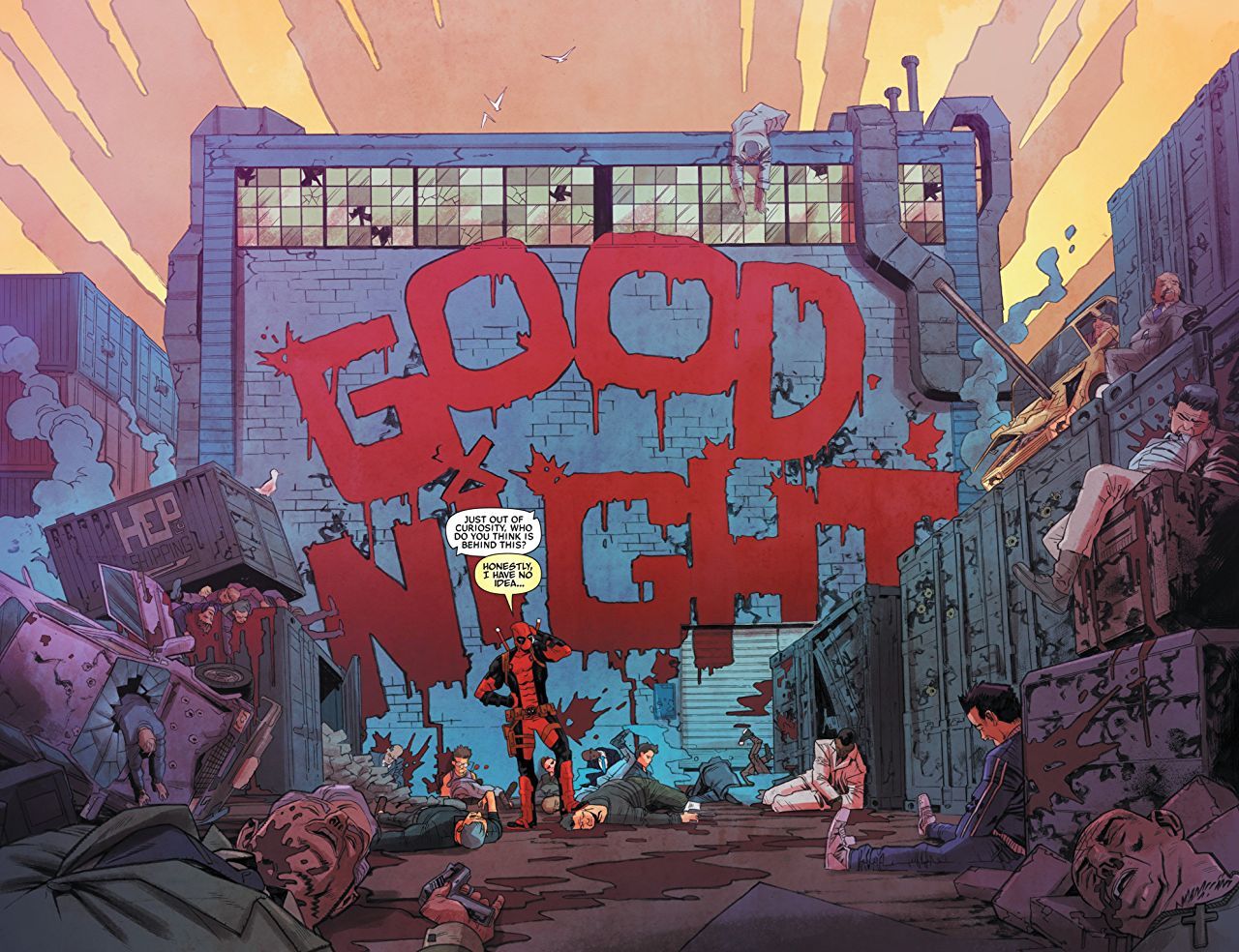 Young and Hepburn aims to please in Deadpool #10 with classic Pool cutlery. This is a “waiting impatiently at the doctor’s office” kind of comic. Funny enough to slightly ignore the pain, and play with your emotions a bit. Though Young and Hepburn got the character balance and intentions correctly in this issue, I felt underwhelmed by the art style at times. As much as I believe that artistic simplicity can bring out the best in dialogue and emotional moments…it wasn’t enough for me this time. The best parts was when we saw Wade getting stomped out, and honestly that is not enough. I believe there were times where artistic elevation could have assisted the comedic aspects and heightened dialogues. But at times it didn’t feel as if it was moving. Granted, metaphorically speaking that works, but there is a way to project patience and stillness without allowing the artistic elements to remain stagnant.

I hope to see more movement within the next issue. Blood battles and gruesome cracks does not necessarily make everything “awesome”. But there are various ways to heighten a scenery and allow moments within the comic such as metaphorical aspects and literal components to serve as a vehicle to push the comic forward.