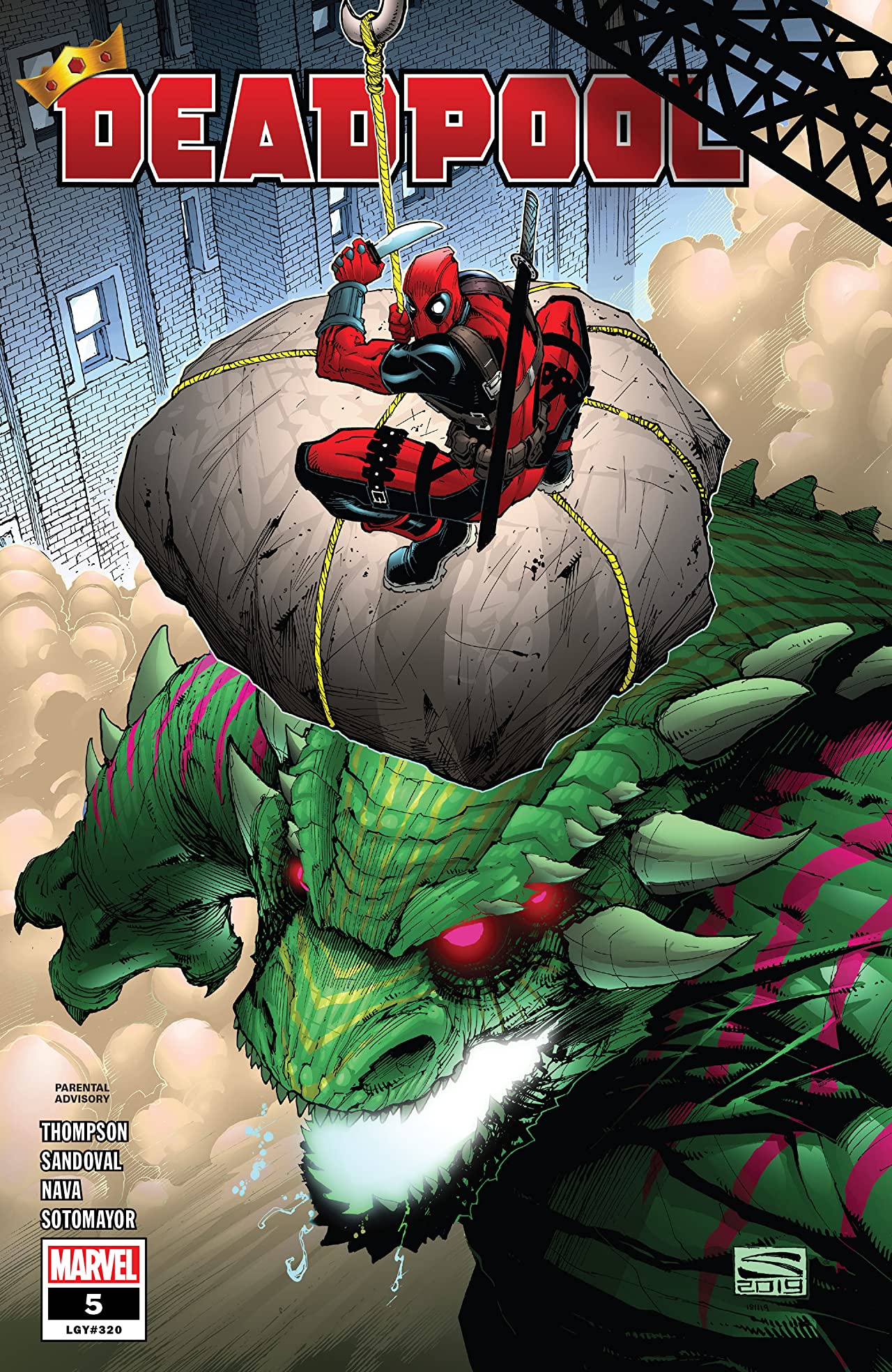 Deadpool #5 is a book that hits all the right notes and progresses this chapter in the Merc’s life. The writing is dope, the artwork is vibrant, and the comedy is on point. First things first, it’s time that I let everyone know it’s Jeff over everything! This land shark has stolen my heart and I thank Kelly Thompson for giving us this opportunity to fawn over a terrestrial fish. He steals the show so often I’m beginning to look for his snarky, chompy face in all of these panels.

On cue, we open up with the most insane, yet adorable scene of Jeff being tossed around by Chomp Chomp. Don’t worry, Chomp Chomp is just this giant Japanese/Swedish hybrid type Kaiju going through it’s adolescent phase so nothing could go wrong. Aaaaaaand Chomp Chomp promptly heads toward Manhattan to get on his Godzilla game, much to The King of Monster’s chagrin.

This is the issue that Thompson is truly showing Wade’s maturation as the leader of these monsters. Sure, Elsa helps him get to that point, but it’s a huge step for Deadpool’s legacy. He doesn’t want to deal with the annoying aspects of being King, but he understands the repercussions of letting his fellow monster wreak havoc. The world is waiting for him to fail and in true Jordan fashion, it became personal. 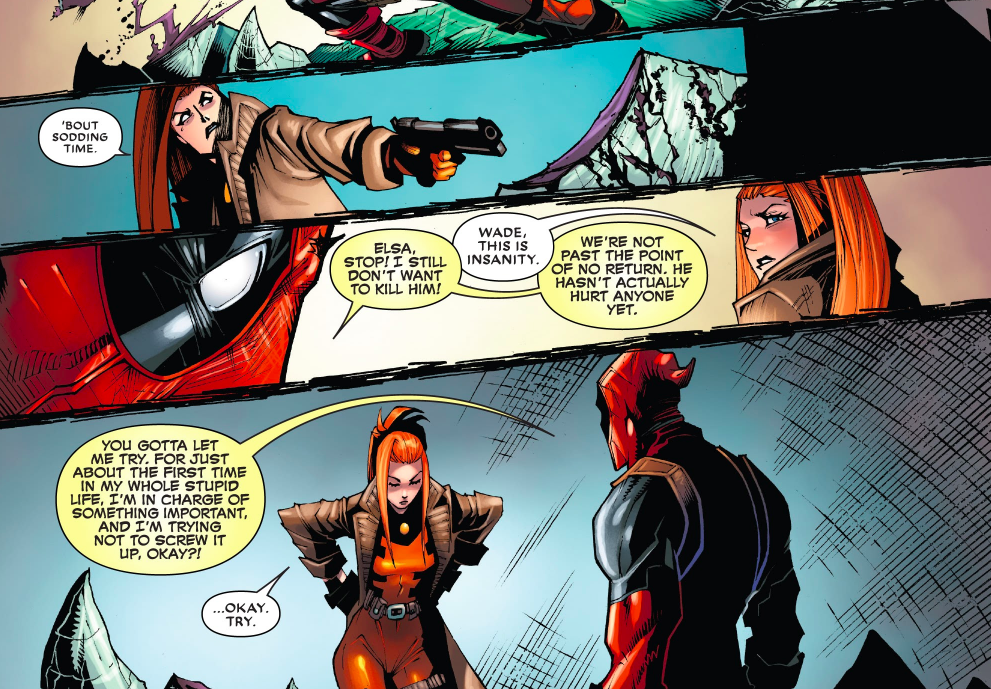 Quite impressive what Thompson has done with Mr. Wade Wilson. While he was a phenomenal reluctant King, this honorable assassin is something I can truly stand behind! And if we get to see Elsa by his side, it’s a win-win. I just won’t be surprised when she betrays him.

Gerardo Sandoval stepped into this Deadpool book and crushed it on all fronts. While Chris Bachalo has been holding it down, Sandoval comes with this added flair that screams classic Deadpool. Sandoval’s taking over artist duties for much of the next 5 issues, which is great news for all readers.

Kelly Thompson has the chance to write a memorable DP comic and she is not going to let this one slip. Deadpool #5 brings the action, at times bonkers visuals, and hilarious panels for days. This has always been a fun book to read, and now we might see some actual growth from the Merc with a Mouth!