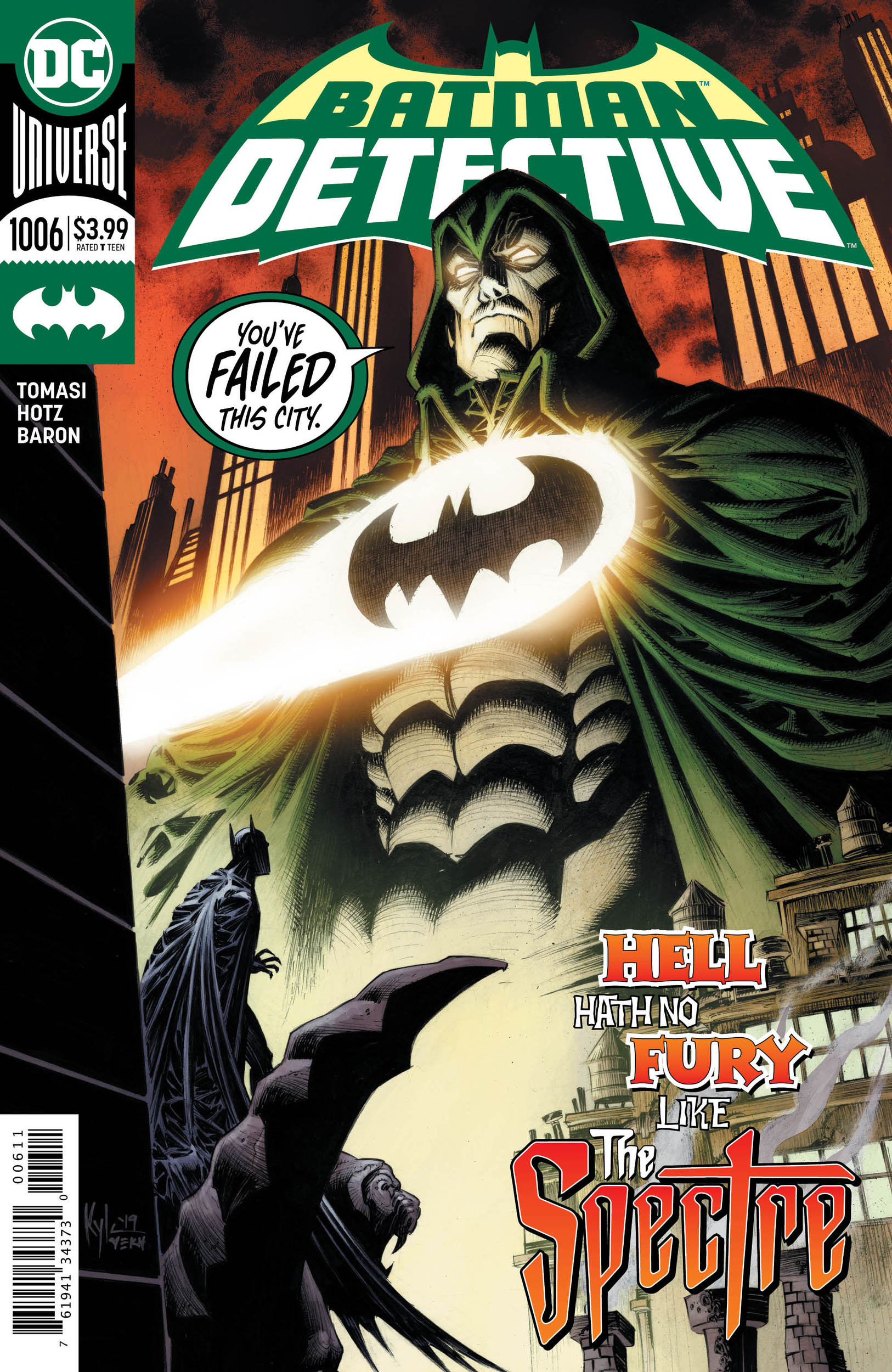 Emblazoned on the cover of Detective Comics #1006 is the name “The Spectre.” An enigmatic figure with one of the most powerful abilities in the DC Universe, The Spectre usually signals that something pretty horrific is on the horizon. And since he’s appearing at the start of a new arc, it’s not exactly a good omen for the Batman.

Tomasi opens the issue with a classic crime show trope: the cold open. Two cops casually converse at a diner before pivoting to two others cops in a back alley that quickly lead into the inciting incident. There is a sense of confusion in the opening movements of the comic that create an aura of mystery around the villainous force. It’s a nice contrast from the bombastic opening gambit of “Medieval.” It’s smaller scale, more intimate, more visceral in some respects. And it’s a brilliant prelude to the latest team up. We saw in “Mythologies” that Tomasi is able to draw from a deep well of characters to bring out different facets of the Batman and the looming, albeit ephemeral, partnership with the Spectre is fascinating. 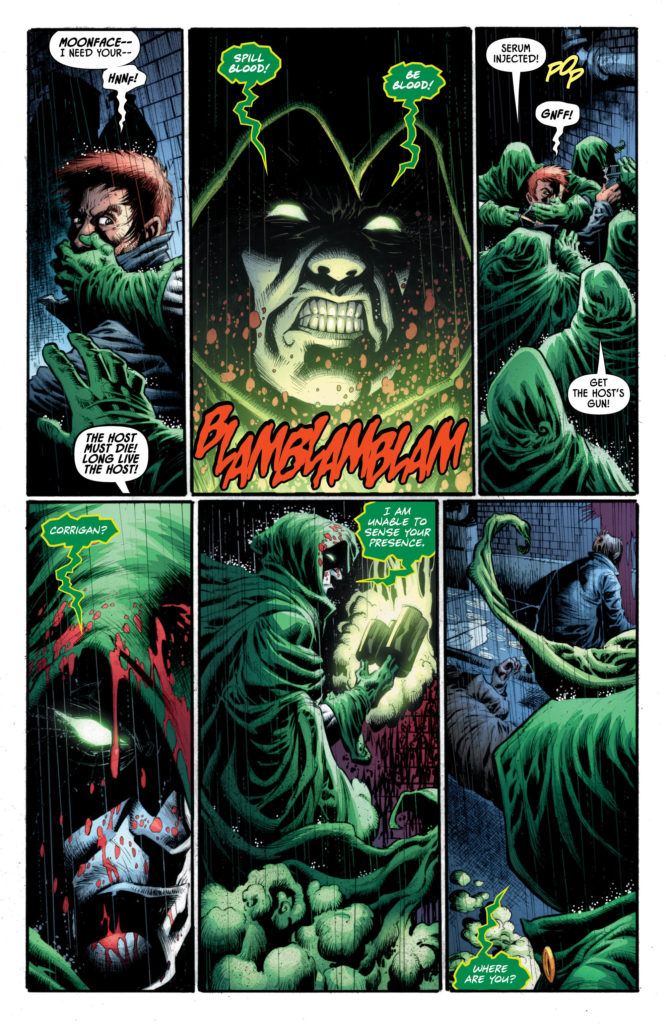 It certainly helps that Hotz’s artwork capture that nitty gritty film noir tempo of this story and the ethereal nature of the Spectre. The title page at the centerpiece of the issue is a beautiful spread that is a perfect encapsulation of the issue’s aesthetic. The pages are top notch and are visually enticing from backdrop to falling Bat.

With the start of the new arc, we have to reset our expectations and get used to the change of gears. “There Will Be Blood” is a ominous sign to come and there are still so many questions that we need answers to, but it sets the stage for a different type of story than the last few arcs, and that is definitely something worth looking forward to.