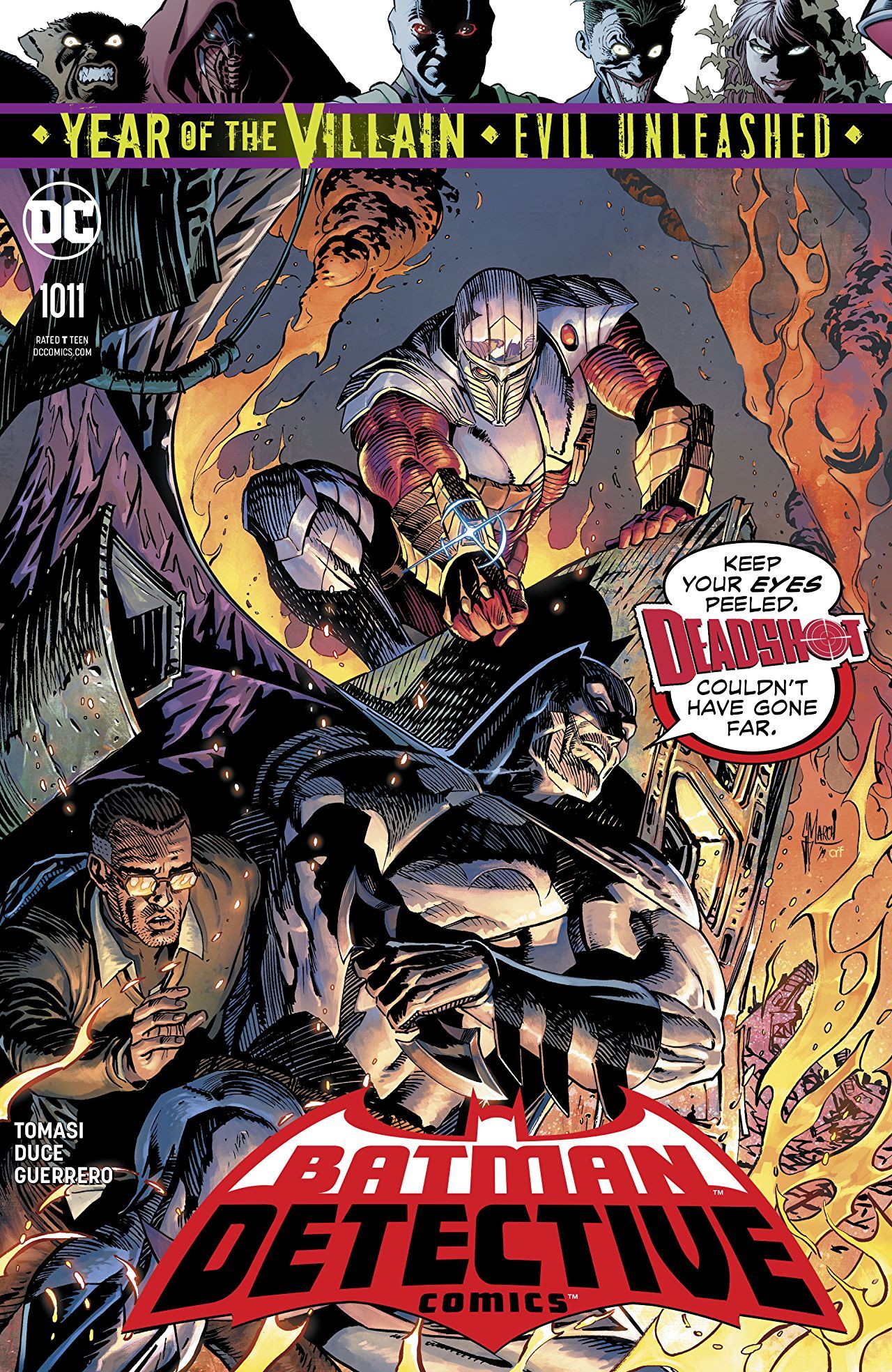 Post-Medieval, we had a string of filler in Detective Comics. The two-parter with the Spirit of Vengeance was a standout in its sharp storytelling and atmospheric tone, the one-shot with the Joker was a familiar tread on familiar territory, and this latest arc featuring Deadshot feels like it falls between those data points. It’s not quite a rehash, but it’s also not reaching the same levels of engagement. And it certainly doesn’t help that the end of each issue has been teasing the return of a much more anticipatory villain.

Detective Comics #1011 closes out this little mini-arc in a typical fashion. Batman regroups and regathers himself, he goes saves the passengers of the plane, and finally has a little brawl with Deadshot. It’s a bread and butter type of issue, which falls a little flat compared to the bombastic entries we had seen earlier. There’s nothing particularly wrong with the issue, it’s also just not particularly exciting. Tomasi’s dialog has a couple good quips here and there, but the narrative weight feels lacking; although, the ending to the story did bring a little joy to the table. 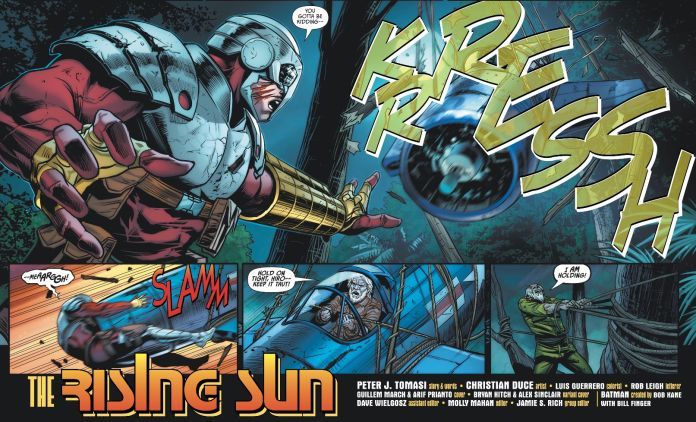 Duce’s artwork does make the issue a little more fun to read. His alternate Batman costume looks incredible and Duce makes fantastic work out of Tomasi’s set pieces with some brilliant panels and pages. Duce’s sense of momentum is strong and creates some spectacular action shots that punctuate the issue.

When it’s all said and done, I’m ready for something more substantial from Tomasi’s Detective Comics. I’m ready for that sweeping five-seven issue arc where Batman faces a villain that he’s not able to beat with stuff he found out of an old fighter jet. I’m ready for more interactions with Robin. I’m ready for Mr. Freeze to enter the fray, and I hope it’s as chilling as the codas portend.