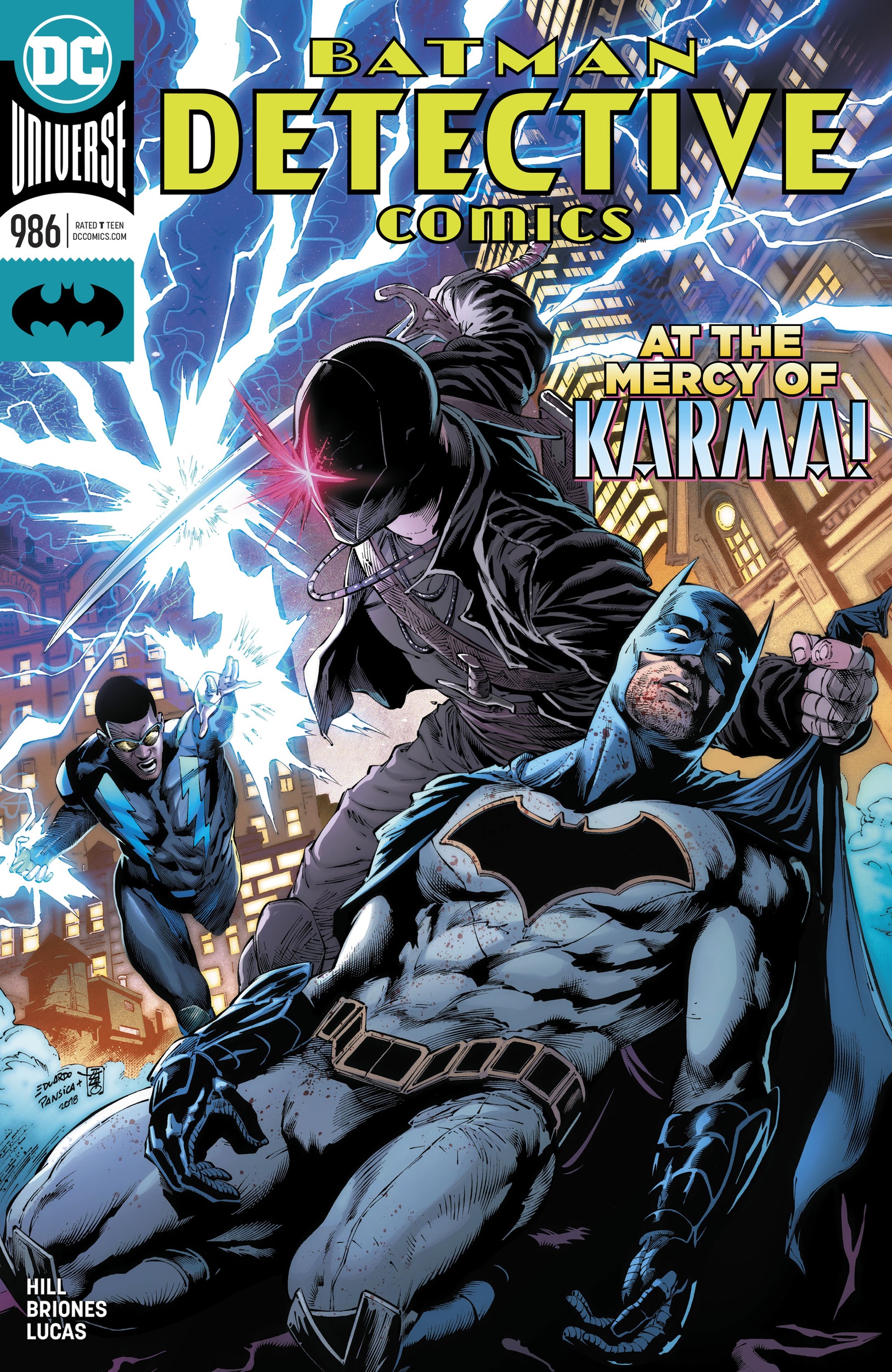 At the Mercy of Karma

Karma, the central villain of Hill’s On the Outside arc, fits into the Batfamily rogues fairly easily. You got your deep personal connection with the Dark Knight that over time has manifested into obsession and superhuman attribute that tests the mettle of our heroes. In this case, Karma is the combination of Batman’s current crop of students with technical expertise that rivals Batgirl, a physicality in combat that gives Orphan a run for their money, and a prescient that’s functionally similar enough to Signal that I’ll count it here. Karma is a good character for the central conflict. But man does Black Lightning steal the show.

I’m secretly hoping that this entire arc is a backdoor pilot that leads into Hill getting his own Outsiders series because his Jefferson Pierce is exactly what you’d hope when you hear “superhero teacher to other superheroes.” He is selfless and powerful and his incongruent interactions with the rest of the Batfamily resonate deeply. 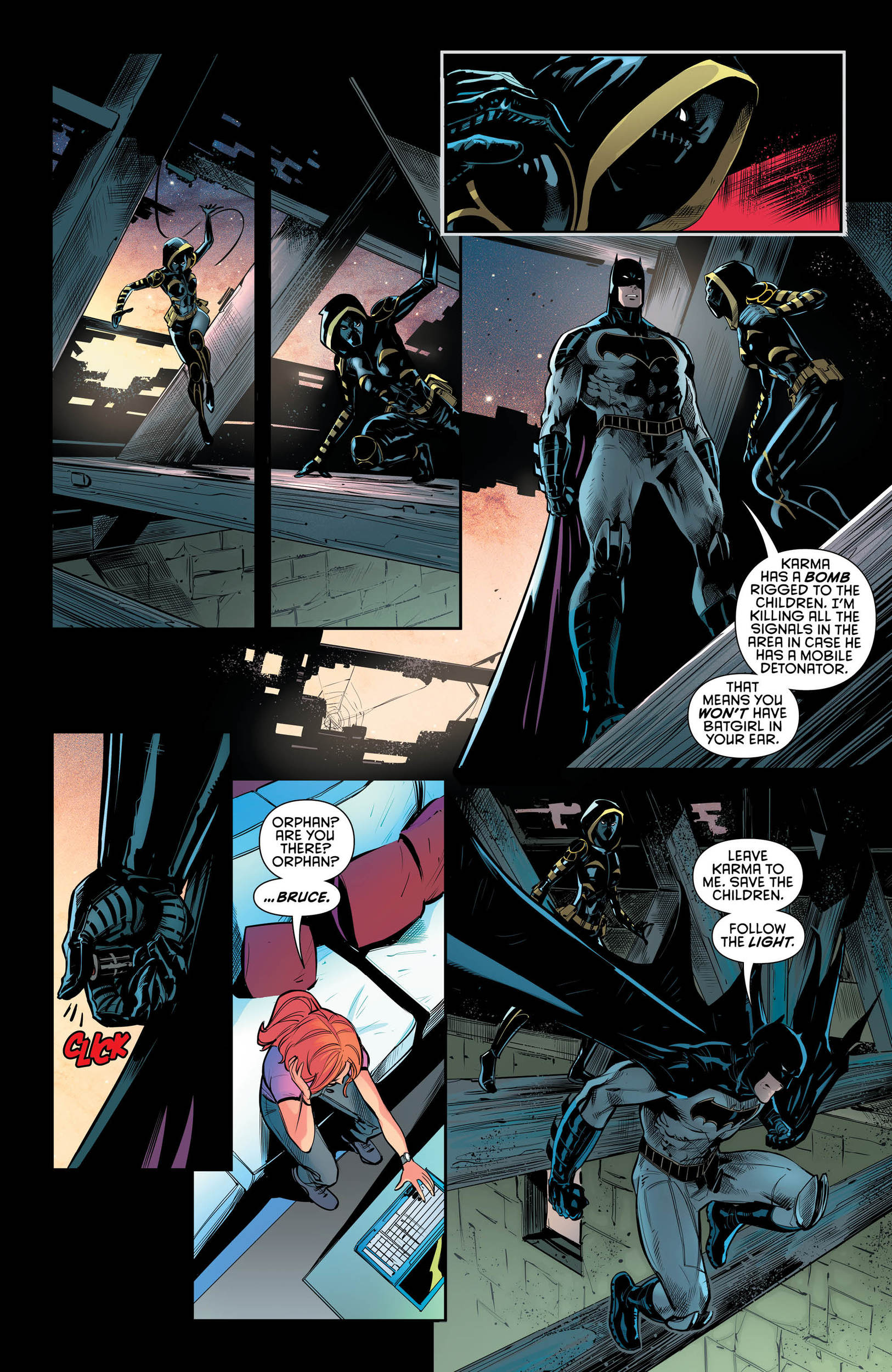 Plus, this issue shines a spotlight on Cassandra Cain and while she is a brawler of little words, Hill does wonders with her dialog and Briones matches pace with amazingly expressive facial expressions. Although, Briones’ artwork throughout the entire issue is incredibly strong, whether it’s depicting martial arts, Batman’s gadgets, or Black Lightning’s electricity. The prolong action sequence that takes up the bulk of the issue is a visual spectacle that’ll make you linger over each panel.

After shifting gears last issue, we are back at full speed, no breaks. The Hill Administration knows how to get the people going, and the epic conclusion is going to be one for the ages. My only complaint is that we are so close to the end and I just want to spend more time with Black Lightning in Gotham acting as a substitute teacher for Duke Thomas and Cassandra Cain with disgruntled TA Barbara Gordan while Batman is working some stuff out. It’s a summer blockbuster within a neat 20 pages that I highly recommend.