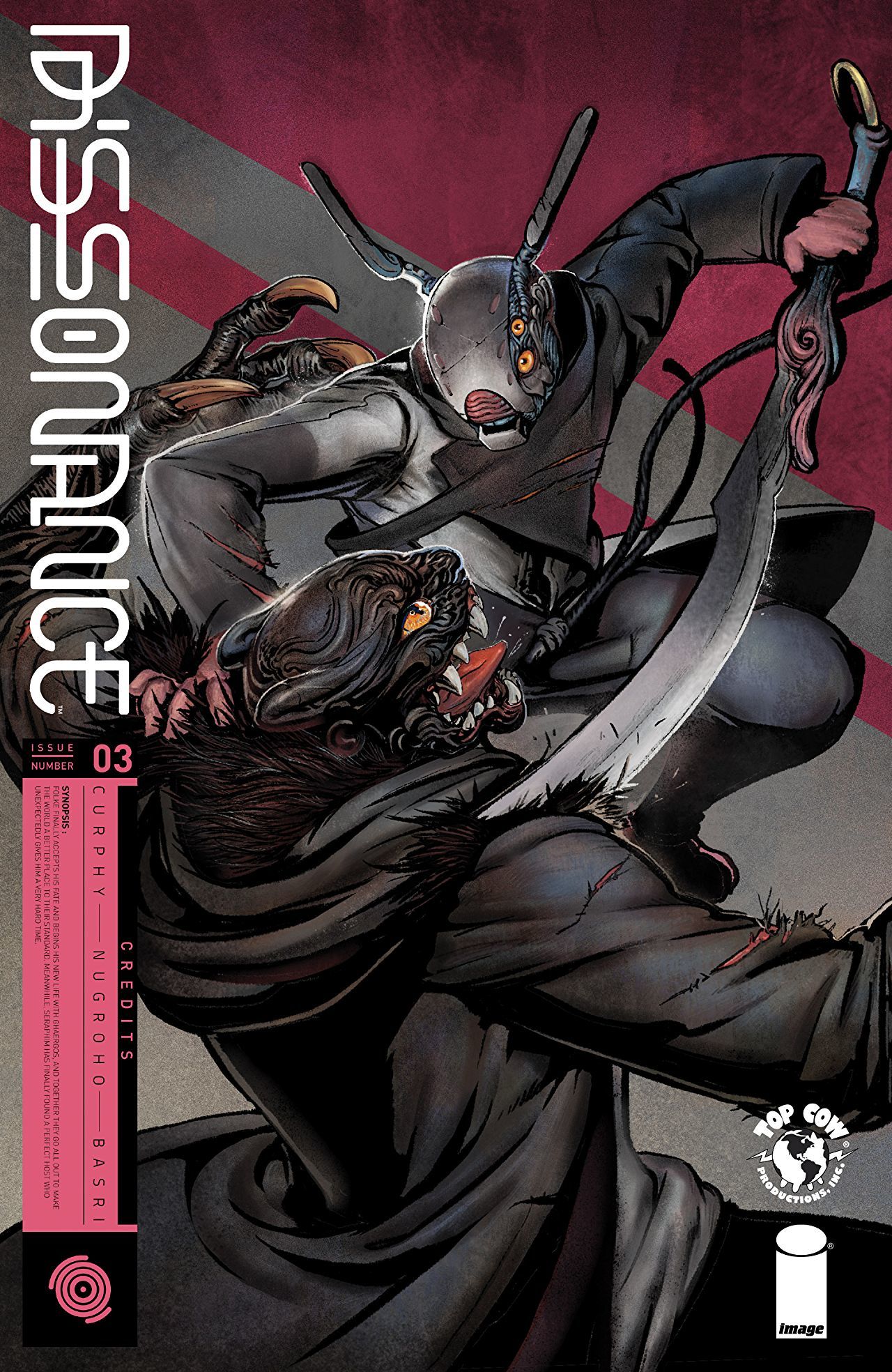 I’ll admit, Dissonance got off to a rocky start for me. It rattles off its backstory at you fast and expects you to catch up. There were also a few plot lines that felt completely separate from the rest of the story and like they were going nowhere fast. I’m happy to say that everything finally comes together in Dissonance #3 and if you are willing to make it through the first two, somewhat lackluster, issues, you won’t be disappointed.

This week continues where we left off and Dissonance focuses on the results of Ghaergos’ meeting with Folke. What we are treated to is a dynamic shift in the book’s best characters, Folke and his sister, Rosia. Dissonance is at its best when it focuses on the two of them. Colliding their story with Seraphim’s hunt for Ghaergos pays off. I also like how Nugroho writes this issue. He focuses on the week’s leading up to the present, building up the suspense until we truly see the aftermath of Ghaergos offer to Folke. 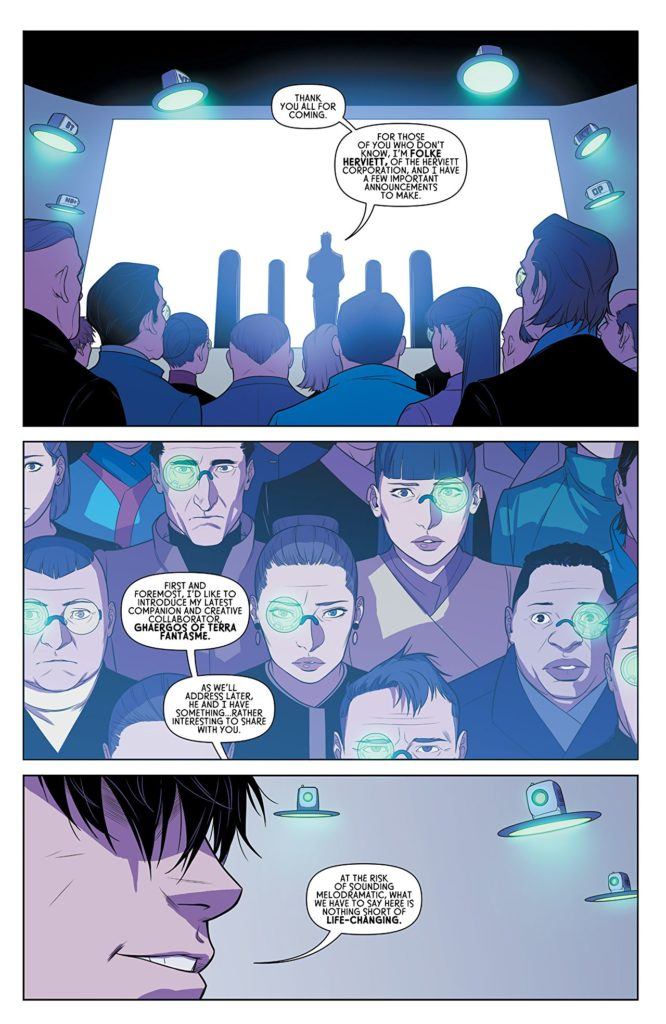 Sami Basri keeps up the pace with his fantastic artwork of Dissonance‘s utopian society and the look of the Fanstasmen. But it’s towards the latter half of this issue that we really get to see the best of Basri’s art. I don’t want to spoil anything but let’s just say that I love the unique designs he comes up with for every character. Each feels totally unique from the other. I’m excited to see what else he comes up with.

What’s funny is that all of the colliding storylines solve some of the issues I had before. The glimpse we get of the Fantasmen’s first meeting with humans and the Conscience Agreement in the first issue no longer seems like something Nugroho skims over. Suddenly, I’m intrigued by this world’s past and Folke’s investigation into his parents’ deaths, as well as how Rosia will deal with the issue’s shocking ending. She definitely has a choice to make and the antagonistic relationship between her and Folke has reached an interesting point, that can only make for a better story.