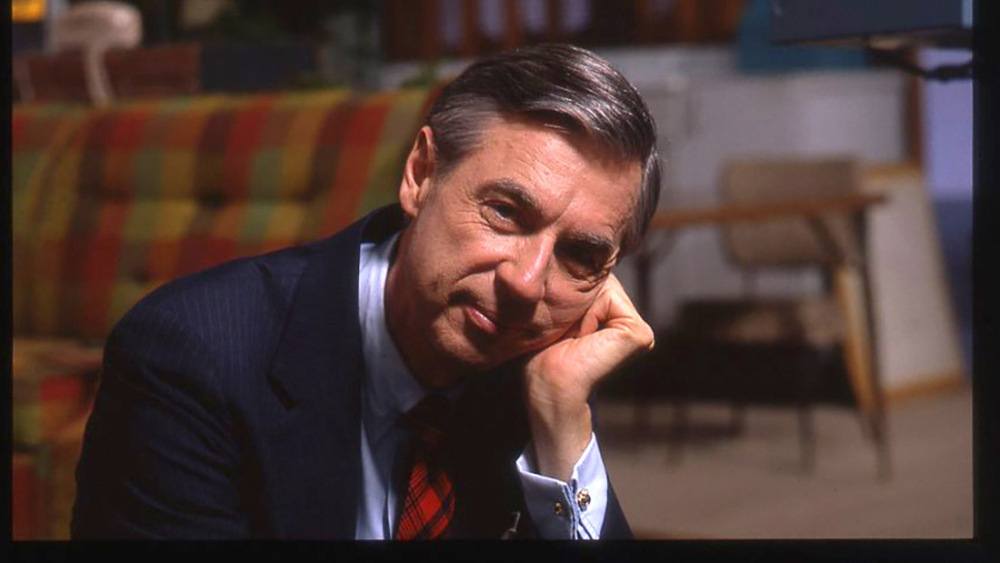 Many were brought to tears by the trailer for Won’t You Be My Neighbor? this spring when news of the documentary first began making its rounds. As a concept, a look at Fred Rogers’ life through episode footage and interviews with the people who knew him best is nostalgia bait for anyone raised over thirty-year span of his program or raised a child who was. Indeed, if you were a child or had one at any point since the Nixon administration, you were touched by the cultural influence of PBS, Sesame Street, and the man whose softly-spoken message withstood the tests of time, budget, and even the US Senate, to reach your living room.

And if you were one of the millions who were touched by Mister Rogers’ message, you likely took for granted, as I did, the context in which the show thrived, and the wonder of a man whose open heart was for the time – and still now – a revolutionary act in service of a kinder, gentler world. Yes, Won’t You Be My Neighbor? offers the chance to better understand and appreciate the work of a father figure who helped raise many of us through television, but he’s never been the point himself. Its higher calling is that which has always been part of Fred Rogers’ work and ideas: ones of love, compassion, and kindness to yourself and others. It’s an invitation, as his show was, and a beautiful message that will leave you sobbing in your seat.

The film primarily follows his life from his adulthood in the 1960s, when he felt compelled to put seminary school on hold to focus on this new invention of television. He wanted to connect with kids, to help them through the hard parts of life and current events, and he found television to be an opportunity to do just that while reaching a wide audience of children. When asked if he had any television experience the short answer was “no,” but he started anyway with a low-budget program (they were all low budget back then). Little did many of us know, PBS was nearly gutted by a Senator who needed to save the budget, but it was a softly passionate Rogers who testified before Congress and won the $20 million that public broadcasting needed to survive.

As the years went on, the survival of Mister Rogers’ Neighborhood was increasing remarkable as it competed with cartoon violence and faster-paced entertainment. As an interviewee explains, television was getting faster, while Mister Rogers stayed the same as the opposite of everything that makes for good television. He stayed with his cast of puppets and actors in service of the message that he likes you the way you are, and that acceptance and love is needed for anyone to grow. What children needed was the thing missing most from the changing landscape of children’s education, and the most basic of human needs; the message to love and to be loved.

His religious beliefs and politics faded rather quietly into the background of the documentary, as they did in his public life, despite being a devout Christian and lifelong Republican. The influence of his Christianity is largely felt through his work as the underpinnings of his most prominent message, that everyone has inherent value and is deserving of love, minus the mention of its reason – the idea we were created and designed by God. The documentary is hardly preachy though and includes a bit of humor in unexpected places from a studio cast that was on the crasser end of the spectrum. There’s swearing – surprise – and even a flash of nudity.

One of Mister Rogers’ Neighborhood’s most memorably powerful scenes I remember from 1993 was originally recreated from an episode from 1969. “Cool Water on a Hot Day” featured Francois Scarborough Clemmons – Officer Clemmons to fans of the show – as Rogers invited him to share a small pool for their feet together in response to national news of a group of Black people being threatened and chased out of a public pool for whites. Mister Rogers’ way to speak to adults is much the way he spoke to children, calmly, and with almost frightening care (friend and musician Yo-Yo Ma recalls Rogers’ intense empathy scaring the shit out of him), as he spoke to the heart of an issue in his uniquely compassionate way.

Won’t You Be My Neighbor? touches briefly on other areas most viewers would love to explore deeper – from his initial suppression of Francois Clemmons’ homosexuality being shared publicly, to Rogers’ own experience with being bullied as a child nicknamed “Fat Freddy” – but insight into his personal struggles, beliefs, and growth are charmingly illustrated through animations of Daniel the tiger. A few interviews relay just how much Daniel meant to Rogers as a tool to display difficult emotions, and by the time you hear a certain duet between he and Lady Aberlin you’re likely to crumble.

“Preach the gospel wherever you go, and if absolutely possible, use words,” was a quote I once heard as a child in church. Fred Rogers exemplified his gospel of kindness and openness so radically that they spurred conspiracy theories, the kind we create when a person or event exists in a way we can hardly comprehend. You may recall childhood rumors that he had secretly been a Navy Seal, or that his sweaters cover his sleeves of tattoos, or the lowest-hanging fruit, that he was secretly gay. But as you also may have heard, what we saw on TV was who Fred Rogers really was. One of the laughs of the documentary, amongst an unexpected several, came from Rogers’ son sharing how it was hard as a kid when your dad was practically the second Jesus Christ.

To Fred Rogers, the greatest evil is “people trying to make you feel less than you are,” and his job was to show children that goodness matters, that they are important, that their feelings are real and matter just as much as any adult’s. A cynic might believe that completely lost; however, some entertainment even now is the manifestation of Mister Rogers’ life mission coming to fruition in some ways. With popular shows like The Good Place anchored in the philosophy of being a good person, a Trojan horse in popular entertainment, its undertones are Mister Rogers’ message in an adult show.

Whether Fred Rogers and Mister Rogers’ Neighborhood succeeded or failed in changing the landscape of television today, it was surely successful for those of us who watched it during its marathon tenure. And today, with Won’t You Be My Neighbor?, at least we’re reminded what we learned.