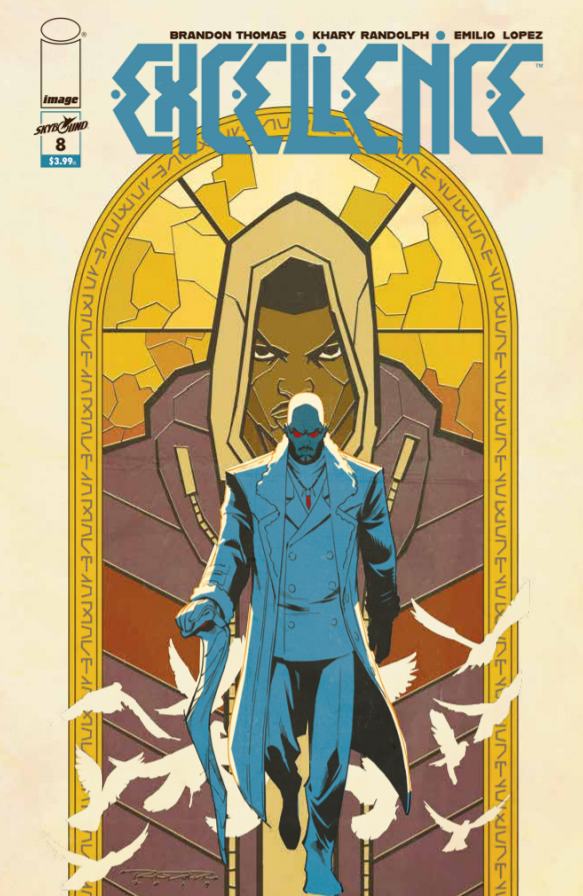 There’s nothing quite so relatable in the current context of reality that vaguely remembering the events of the last issue of Excellence and then opening up the first page to see the text “Two Weeks Later.” Excellence has always loved to play with its temporal setting. Spencer’s arc is told in punctuated bursts. We get the highlights of the most important set of events happening in the moment, and it slowly gets re-contextualized over and over and over again. And whether explicitly intentional or incidentally relevant, Spencer’s lack of a good night’s sleep, him writing of letters to a friend he is isolated from, and his urge to overthrow the system is just such a mood that I find myself resonating with very strongly this July. 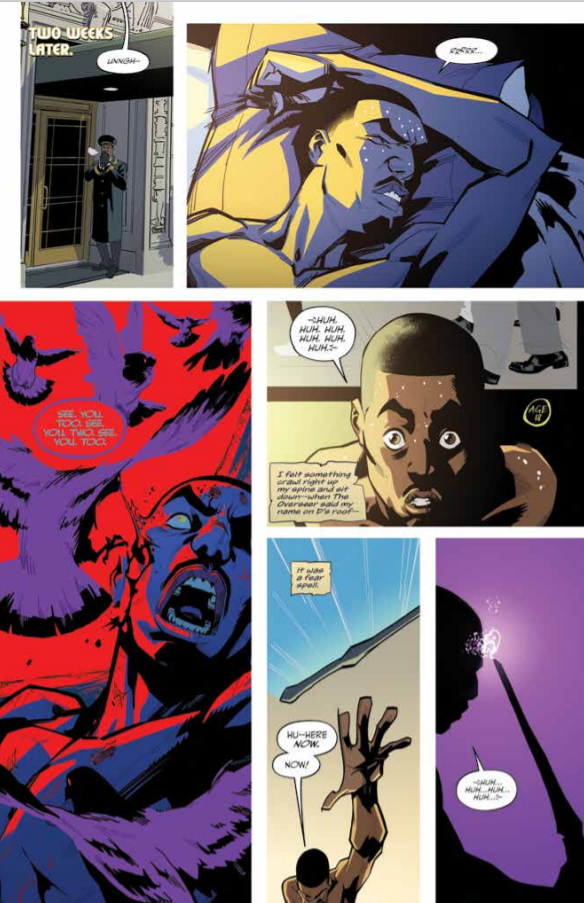 Excellence #8 continues to excel in its continued worldbuilding. The sheer sense of scale that Thomas has conjured and elaborated continues to be steadily impressive. As more and more of the convoluted machinations get revealed, we get to see Spencer just chuck wrenches into the machine to try and rid the world of what he views as a corrupt organization. And Thomas has deftly penned some truly outstanding monologues and dialogues that get to the crux of what it means to challenge the preexisting system to try and create a new one. We are shown a spectrum: the many faceted faces of the groups that oppose Spencer’s revolution, his growing number of allies in different positions of power, all joining in for different reasons. We even get the briefest glimpse to one imagined endgame, by really the point stands: Excellence is such a clever allegory and story, and it’s clear that the creators are leveraging this story to imagine a better, kinder world. 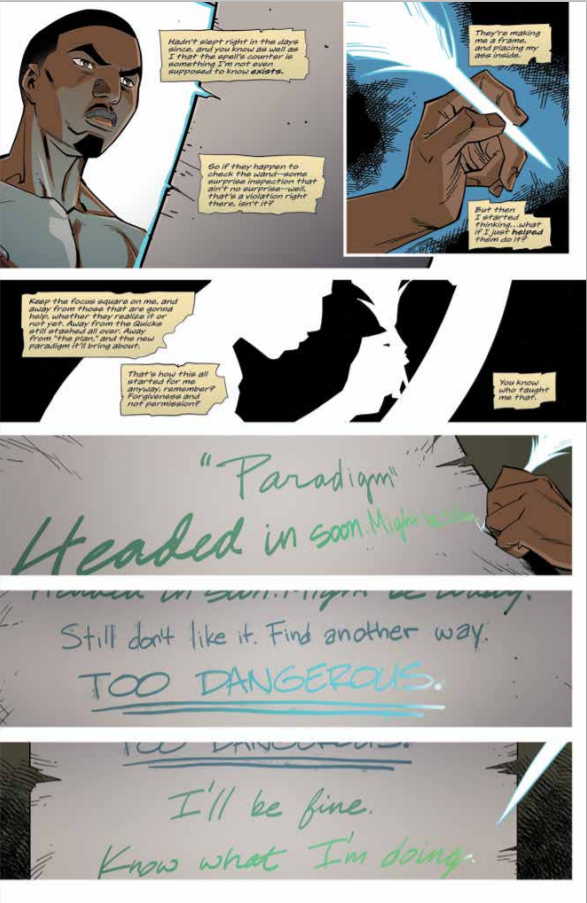 And as always, I’d be remiss if I didn’t point out the beautiful work that the visual team is doing. Randolph’s art continues to be top-tier urban fantasy which such a distinct visual aesthetic that is only amplified by the brilliant coloring from Emilio Lopez and Deron Bennett’s lettering. There is always a lot of things going on in any one page, but there is a clarity in which you can parse and appreciate the smallest details that I can’t help but appreciate. The way that scenes are staged, the vibrancy of the action, the way characters posture and portray their intent.

There’s a part of me that knows that I’d appreciate Excellence even more in completed editions, that the continuity of the story would be easier to track in larger bursts. But the fact remains that ever since I started reading the single issues, it’s become clear that my curiosity far outweighs my patience. I need to know what happens next as quickly as possible (within a week or so).