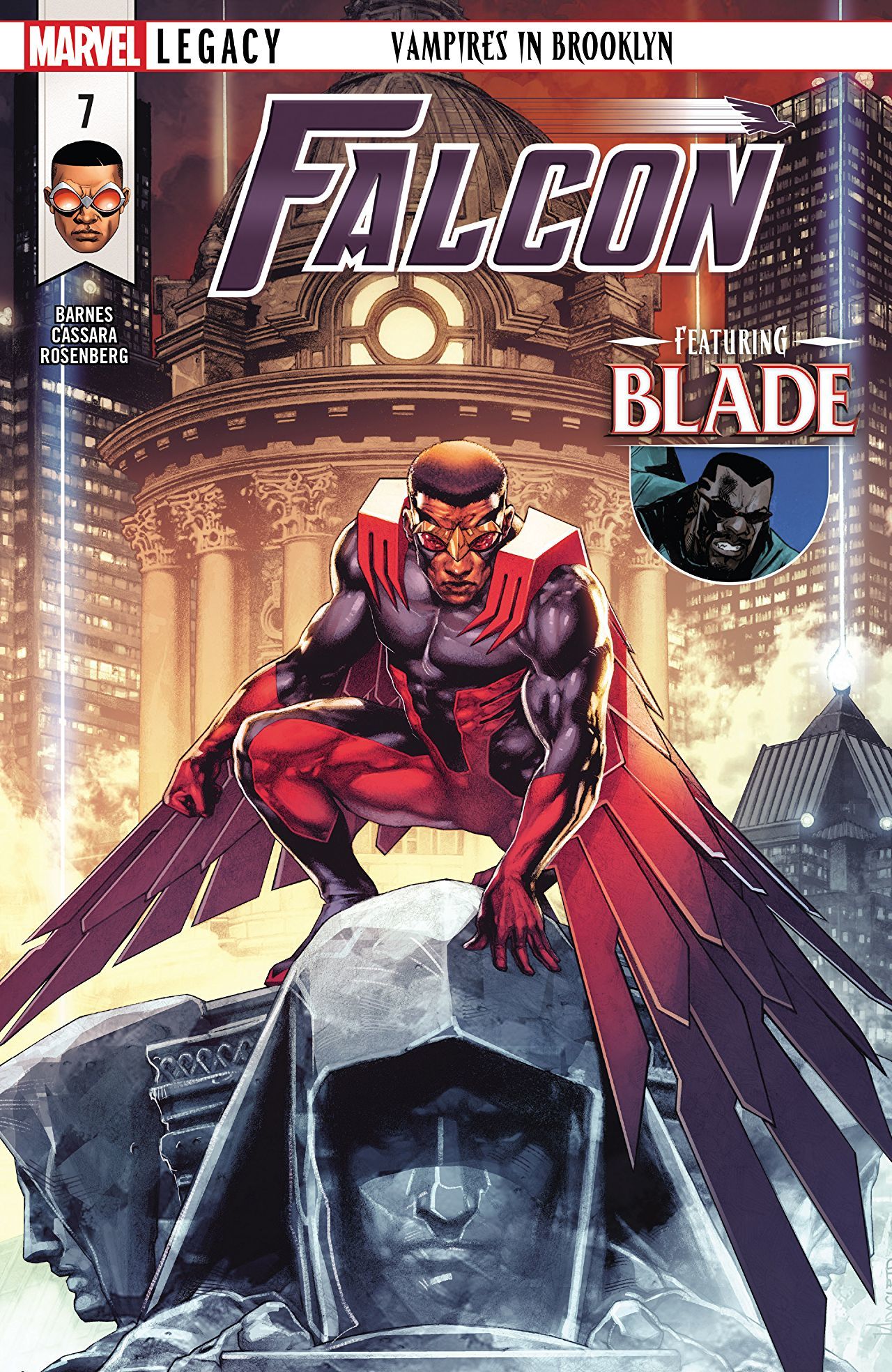 Now that’s what I’m talkin’ about!

Issue #7 of Blade is, by far, the best issue of this series so far.

I was admittedly cautious about how introducing vampires could make Sam Wilson’s story jump the shark, but Rodney Barnes and Joshua Cassara handled this hand-off perfectly.

This issue starts off by showing Sam sitting down and having dinner with Patriot and his mother. He offers the typical veteran advice and you get a sense of how much he truly cares for this kid. Which perfectly sets up the stakes as Sam is taking on Deacon Frost and an army of the undead after they’ve kidnapped the same kid he promised he’d protect. 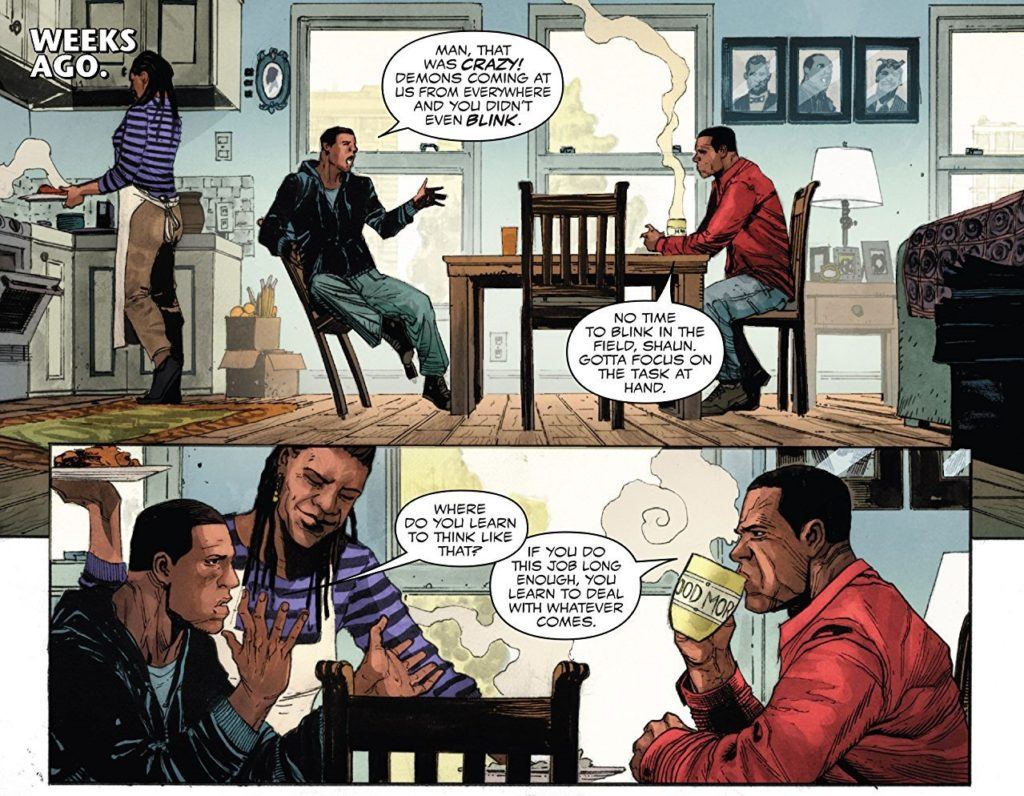 Joshua Cassara has fun pulling these visuals from our nightmares and favorite horror films. You can just tell he’s loving it as we get to see vampires get burned, stabbed, sliced in half, and completely destroyed throughout the issue.

Speaking of, SORRY IF THIS IS A SPOILER BUT I’M SO HYPE I DON’T REALLY CARE. BLADE CAME THROUGH WITH THE POWER MOVES!!!

Okay, now that I got that out of the way… It’s great to see Blade in this arc. It’s a story about vampires and focuses on some important Black characters. He’d better have shown up if we’re keeping it real. It just makes me wish that he had his own series going right now where he could do this kind of stuff every month. 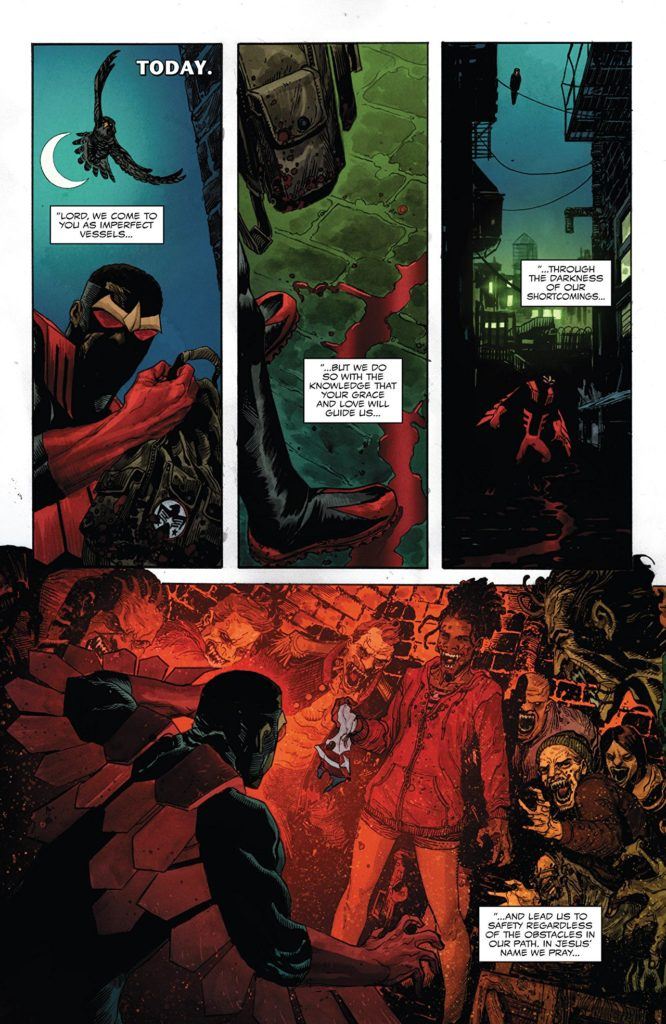 Overall, issue #7 of Falcon is the one you should pull out if you want to turn someone onto the series. The motivations are clear, the action is kickass, and the roster goes deep.

8.7 toothless bloodsuckers out of 10