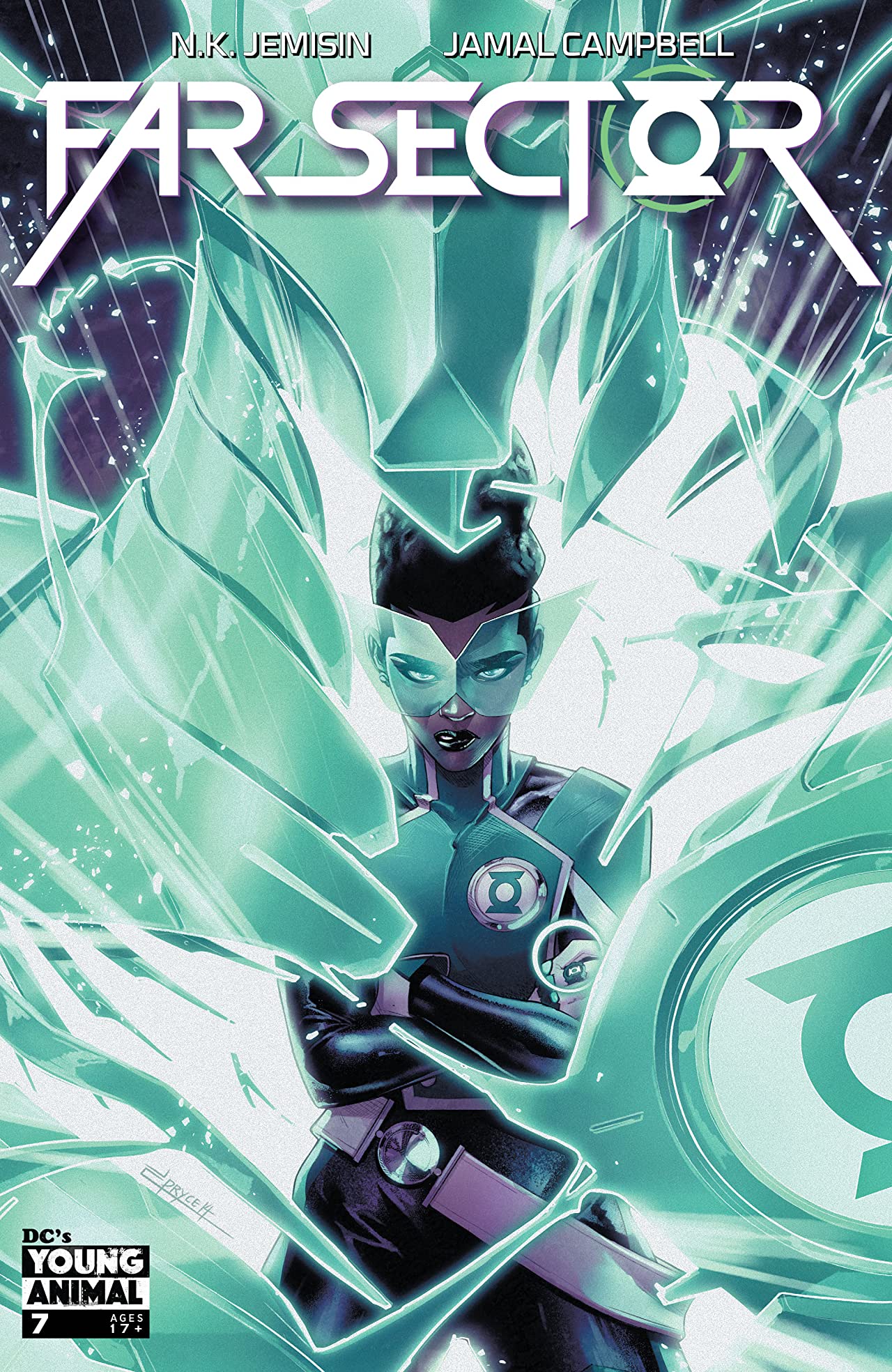 There are many ways that you can start a comic book written by a Black woman and starring a Black woman. But one of the best ways is probably using a Lauryn Hill quote on the first page.

That’s exactly how issue #7 of Far Sector kicks off, which is written by none other than N.K. Jemisin.

If you’re unfamiliar, the series focuses on a member of the Green Lantern Corps named Sojourner “Jo” Mullein who is stationed so far away from Oa that it’s probably not even on a map.

In her current adventures, she’s investigating a series of murders on a planer where biological life and artificial life coexist. Issue #7 picks up with her battling a series of artificial beings who have taken over the (dead) bodies of local citizens to control fighting suits of armor.

Eventually, this fight leads to Jo transporting herself to the digital world in a scene taken straight out of a dozen science fiction stories.

While the art in the opening battle scene feels a little jarring—perhaps that’s the case with most robot right scenes—the work done in the latter half of the issue more than makes up for it with the introduction of a totally new world worth visiting, full of pop culture references to fan favorites like Akira and The Matrix.

I haven’t read the first few issues of this story, which means that the plot was handled with care if I could still be caught up in just one issue. But that doesn’t mean that I won’t go back and catch up as soon as I can.