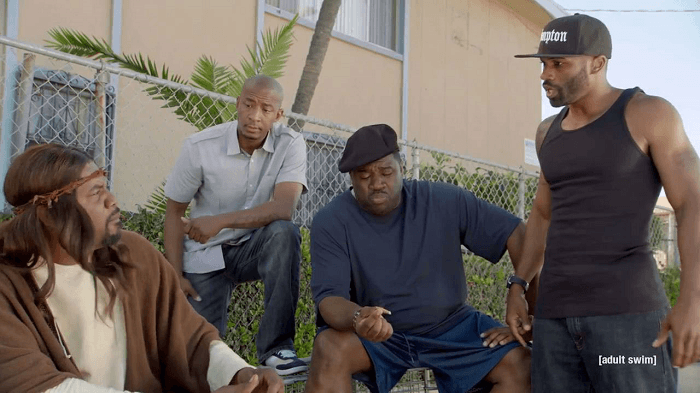 A few weeks back, Black Jesus wrapped its first season on Adult Swim and the hype / speculation going into its premier was all over the place. Primarily because nobody knew exactly what to expect. By the time the first trailer dropped we all knew that it was a live action depiction of Jesus (who is black, of course) spreading the gospel to his flock in Compton, California. Ok, so now we have a setting and aesthetic, but was it going to be funny? So yeah, actually, it was hilarious. But this is Aaron McGruder’s follow up to The Boondocks, so just being funny wasn’t going to be enough. There were moments of sharp social commentary, often hidden under all the folds of ridiculous dialogue and adventures, but every so often coming out to punch you in the chest when you weren’t expecting it. I have a hard time of making a list of the funniest moments from season one or the most profound situations, but here are (at least) five great moments from the first (of hopefully many) 10 episodes.

Look, we’ve all been there, either on the sending or receiving end of shit talking over social media. It’s soooo easy to do. Most people don’t do that. Well, most people don’t do that in person. The internet has presented this (seemingly) physical barrier between two aggressors, both of which always assume that they will never have to interact in person, even when daring each other to do just that. Well…

Mags, who’s been talking that good shit with some women on Facebook all night, dares them to come down to the hood and say this mess to her face, thinking that these suburban girls will never come to that part of town. So a few hours later, after Mags is trying to put her face back on and the two women speed off in a convertible, the whole crew is left there dumbfounded like there was no way they could see that coming.

One of my personal favorite scenes in any comedy this year was the the situation that found Boonie threated by the mother of his children, Shalinka, over back child support. Boonie has to raise money to cover his payments (that he’s already paid) so Shalinka won’t call the people and have him hauled off to jail. But when Boonie holds a yard sale to raise the funds, Shalinka shows up to inspect the goods. What starts as just Shalinka running her mouth because of how close Maggie and Boonie are standing next to each other, ends with Shalinka proceeding to whup EVERYBODY’S ass. Including the Lord and Savior.

Victor’s speech on love and fatherhood. “Love Thy Neighbor: Part I” (Ep. 6)

Black Jesus is one of those shows where you could ask 4 different people who their favorite character is, they could all name 4 different people and they could all be completely justified in their claim. Charlie Murphy is GOLD on this show. If Victor was a character class in an MMO, he’d have to be a damage dealer, because his quotables per screen time is off the chart. His highlight of the season may still be the follow up to his date with Ms. Tudi, Boonie’s mom. When Jesus, Boonie and the crew all see Vic in the courtyard, they’re quickly informed about the date from previous night (where he was unwittingly drugged). You know when the conversation starts with “Now everybody knows I fuck on the first night, but things were different with your mom Boonie. No oral or nothin,” then the rest is gonna be outrageous. After telling Boonie what its gonna be like to be his new son, he tells Boonie to go ahead and take out trash before leaving. Flawless victory.

I’m guessing one of the reluctance stances that some have with the show is how humanizing the portrayal of Jesus is, so they probably wouldn’t have liked when his frustrations began to bubble over. I thought it was genius however. Through Trayvon making a documentary of the community garden and the flocks issues in dealing with it, Jesus is interviewed on camera and the results are great. From answering the criticism that compared him to a cult leader “Shit I wish I was leading a cult, at least those dudes listen,” to him answering prayers mid interview and saving a sky diver in a current freefall, its all a funny examination of the savior who has realized he can only carry so much.

The introduction of Coolio was so smart an so timely for a number of reasons. Regardless of having a number one hit and iconic look, for most of the world, Coolio is a running gag. And I thought it would be treated as much when the Jesus brought up his name to do the concert. But this proved that in addition to the high theological discussions it opens up, Black Jesus is very local too. Coolio is still Compton’s own and there is an enthusiasm in the episode when he agrees to do the concert. Of course, Victor and company decide to hijack the concert by introducing a rap beef via new street banger Young L.I.L. (nice, lol). It all gets diffused when Jesus steps in before any gunplay can get started. When Vic chastises Young L.I.L. when he freezes up in the presence of Jesus, Jesus steps in, “Of course he believes fool, he got my face tattooed on his neck.” 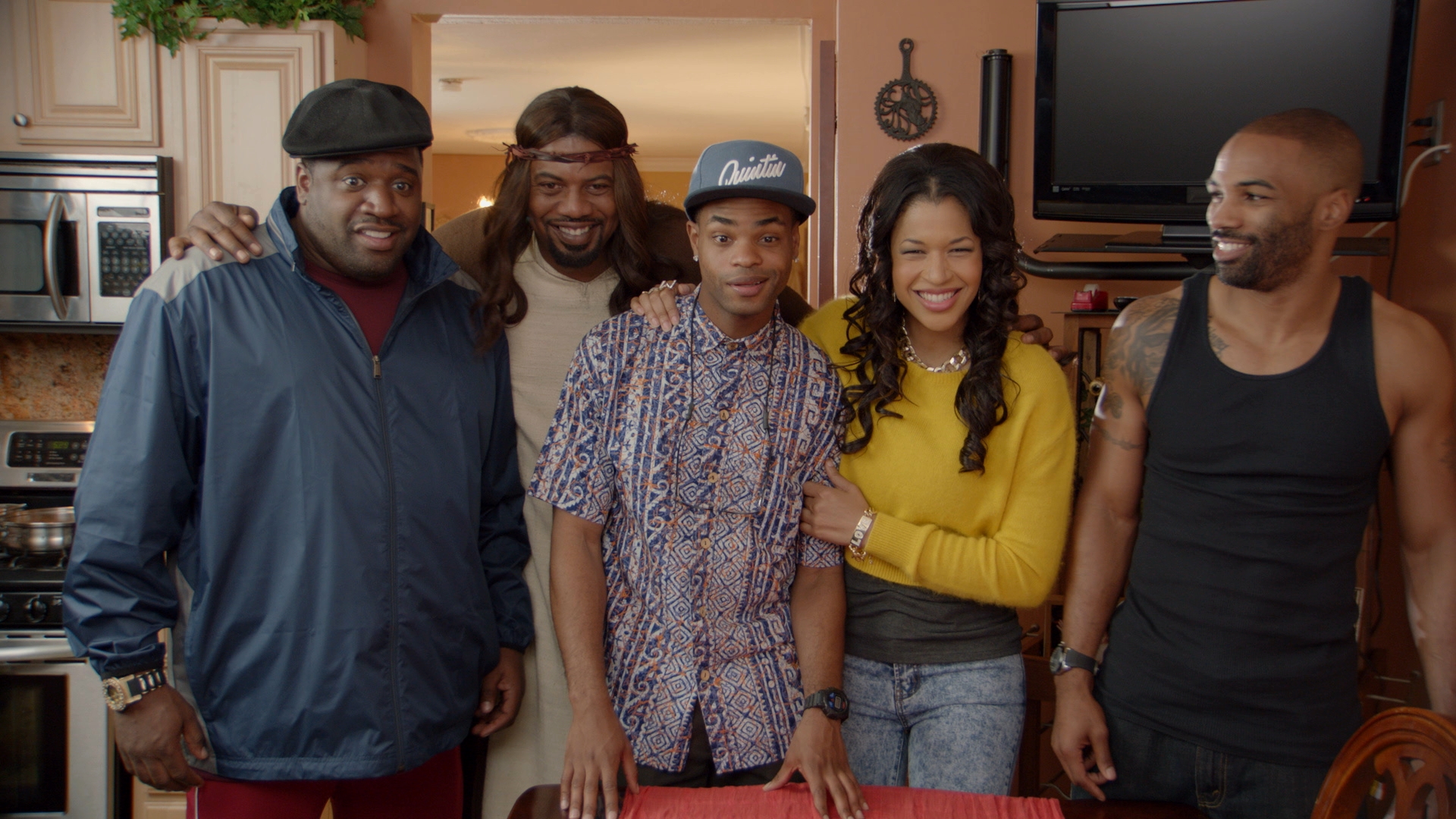