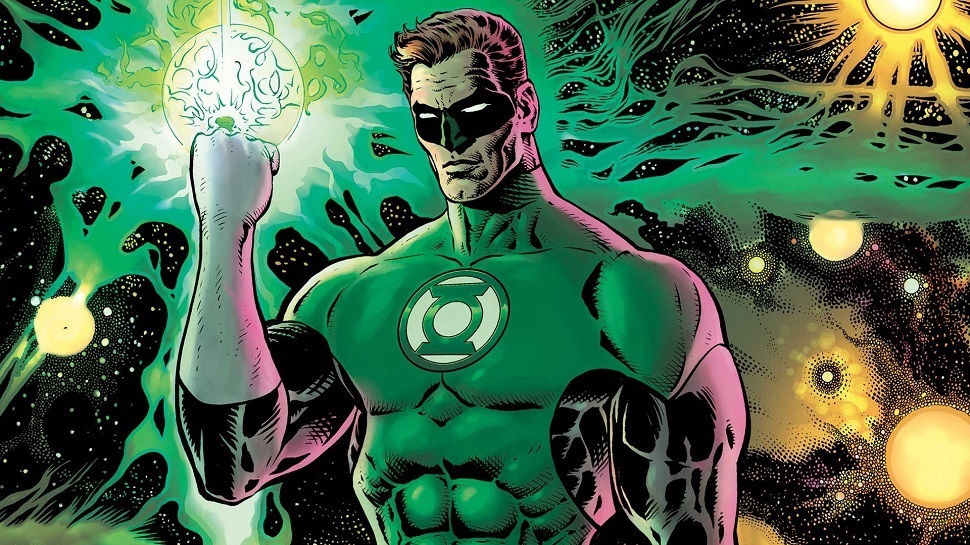 It’s been about a year with high profile scribe, Grant Morrison helming The Green Lantern alongside visionary artist Liam Sharp and it’s mostly received critical praise {from this site…I don’t know anyone else thinks} for its fun, fast paced action elements as well as its whimsical detail and the way it invokes the wonder of the Silver Age. It’s a weird book. It’s a wild book. It’s a book with many layers that will likely merit a reread or three when it releases in trade. Some of it thus far has been more than memorable. But there are at least five things I can tell you about The Green Lantern after my extensive research.

1). You know how they say being a hero is more a calling than a job, that some people are just chosen for their duty? Well, in Hal Jordan’s case, that isn’t necessarily a blessing. In fact, when we meet Morrison’s rendition of our hero, he’s just recently washed out of another menial day job pumping gas. We soon learn that this is the third job he’d been handed walking papers from for “insurrection” while waiting for his Green Lantern ring to be serviced. Imagine having a magic wishing ring capable of doing literally anything your imagination can conceive…all while bumming on your girlfriend’s couch updating your LinkedIn page. 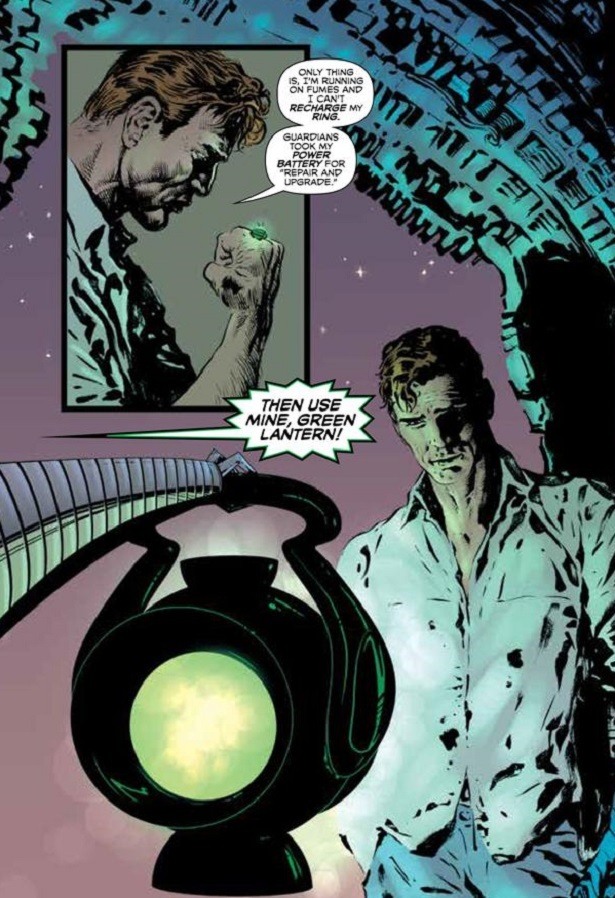 We can’t crack on Lawrence from Insecure and not get these jokes off when it’s the white dude’s turn. This is a fun, interesting take for a character some could consider to be the quintessential “impossible white man” {a white protagonist that is granted degrees of plot armor and immunity to insurmountable circumstances no lead character of color could dream…except maybe the Rock}. When you’ve spent most of your life either doing mach two with your hair on fire in a fighter jet or soaring through star systems with your magic wishing ring, it’s easy to imagine a nine to five gig feeling like life in the slow lane.

2). I can’t tell if the name game in comics is getting better or worse these days. Granted, we’re talking about a genre where the Thing and Doctor Doom were a starting point, but Morrison doesn’t even have to get that deep in the weeds in this book before we’re introduced to a Lantern named Floozle Flem which just sounds like a child asking for their pacifier in baby talk. “What happened? You dropped your floozle flem again? Honey, please rinse his floozle flem off before you put that back in his mouth.”

And then there’s Mu, the planet-destroying “Controller”, a big bad working behind the scenes who I can only assume by his name and the shape of his head, must be some sort of homage to Darrin Henson’s Mu Gamma Xi frat character from the 2007 sleeper hit Stomp the Yard. I assume Morrison is at least somewhat aware of the inherent ridiculousness of these names because he spends the better part of one issue letting characters take pieces out of a villain that apparently named himself Evil Star in an attempt to troll the Lantern Corps, easily one of the funniest moments of the series so far

3). ”Season One” of The Green Lantern is like the True Detective of space cop drama. Now, before you even ask…no, we’re not counting the second season of TD. We are specifically talking about the first and third seasons, the good ones that had an actual point and no Taylor Kitsch. Despite its goofy-at-times, Douglas Adams-esque window dressing, Morrison gets pretty dark in this book. Controller Mu is planning something big, the kind of big that wipes whole planets off the map and to find out what he’s up to, the Guardians send Hal Jordan on a mission that places him in deep cover as a disgraced Lantern looking to reinvent himself as “Blackstar Parallax.” 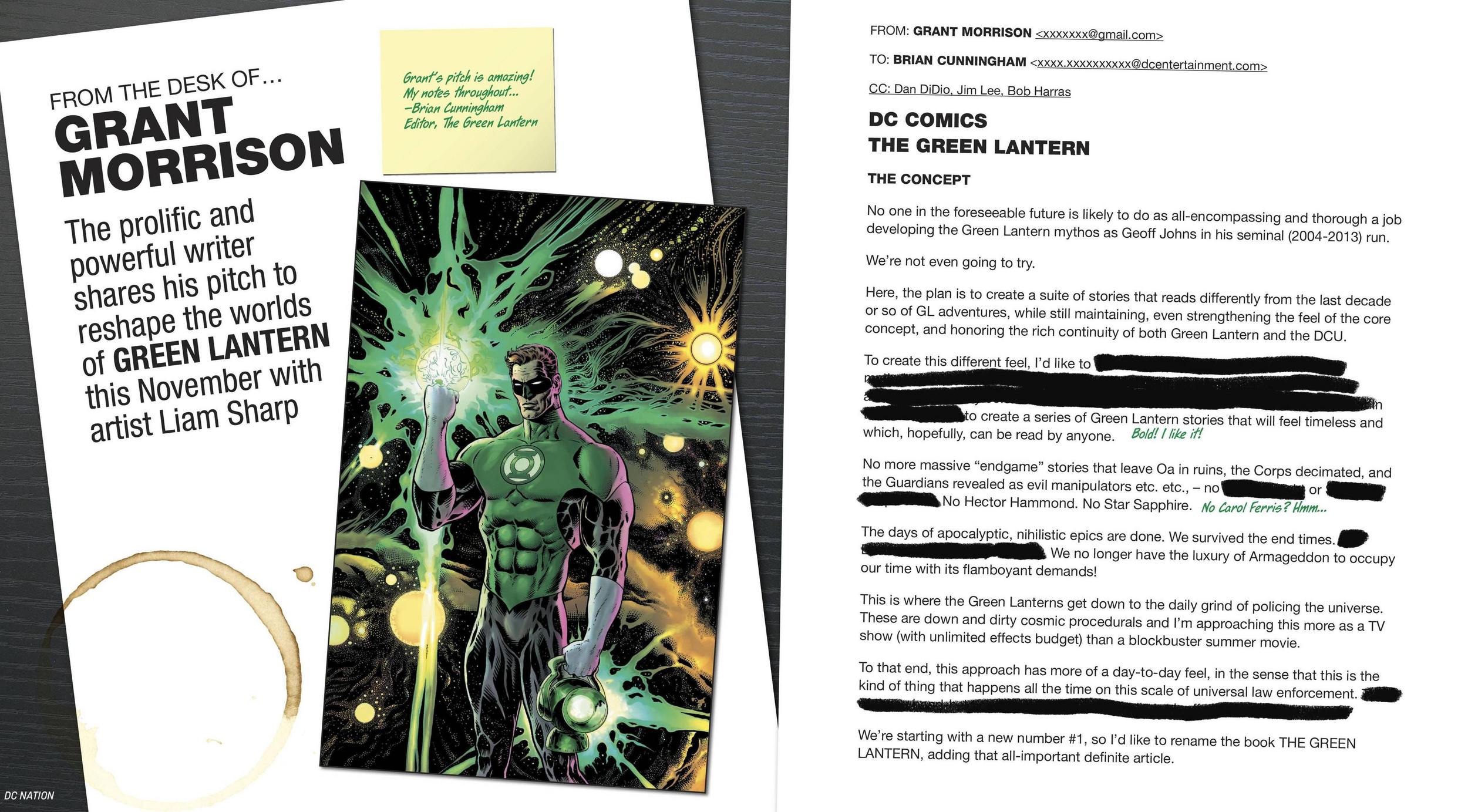 When the starting point is resurrecting your old alias from back in your “almost destroyed the time space continuum” days, you know it just got real. The mission quickly becomes a descent into evil that has him doing whatever it takes to get inside Mu’s organization including being left to survive on a planet of vampires, killing Adam Strange in a fight to the death and giving his Lantern ring over to help create a universe killing ultimate weapon. Our hero definitely gets a little Rust Cohle on us and touches the abyss. Let me find out DC is going to have Matthew McConaughey saying the oath on screen.

4). Yes, Morrison’s run is absolutely in current continuity. Grant Morrison took the helm after Robert Venditti had a particularly epic run writing Green Lantern and then Hal Jordan and the Green Lantern Corps not long after. Given that Morrison’s ongoing story seems to revolve around the Lanterns’ war with the Controllers and their acolytes, the Blackstars, it’s easy to say that his run picks up after Venditti’s run which ended with similar material. The Morrison run even alludes to unresoved issues with with long time on-again/off again girlfriend, Carol Ferris. 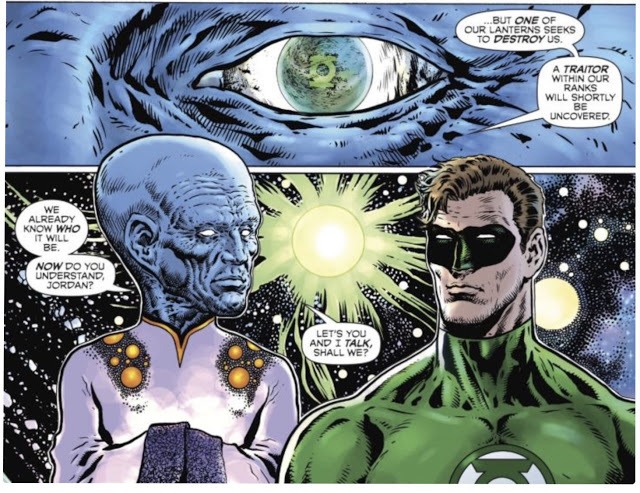 This is a big deal because until recently, Morrison’s work seemed to exist in a sort of limbo outside of comic time and space {I can only assume for at least partially editorial reasons} where his plot are commonly standalone. And even though there’s nothing wrong with telling your own story designed to be experienced and enjoyed for what it is, by itself, in the generation of constant reboots and retcons and resets, it’s a welcome change of pace to have some familiarity from one writer’s vision to the next.

5). Morrison definitely needs more John Stewart. Way more. I realize that every writer in comics has various characters they’d rather work with than others, but from the perspective of a writer for a publication focused on representation, it seems like a step backwards. Don’t get me wrong; Morrison’s Hal Jordan has been a lot of fun over the past “season”, but it’s weird that there’s no sign of Stewart who, in Venditti’s run was the Corps Leader and strategic expert that decided who goes where in the field.

We got to see the Marine turned Lantern using his scout/sniper training to double tap a giant robot in space. He punched General Freaking Zod in the face with kryptonite knucklesI mean, we’ve seen all manner of species donning the ring from a guy with a volcano for a head to a sentient chest cold and you’re telling me not one of them has even remotely brown skin? I guess white people don’t season their meat OR their science fiction.