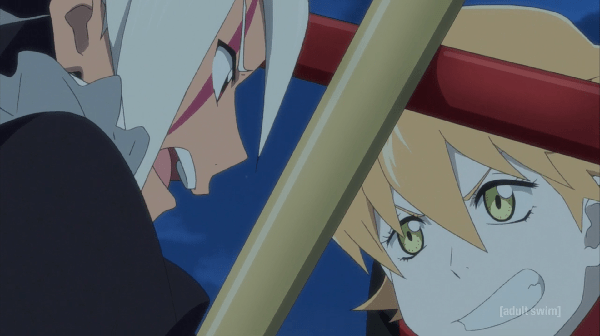 FLCL goes full throttle into episode two, “Freebie Honey” amping up the pace and beginning to get to the meat of what’s going on. And that meat tastes like weirdness and teenage struggle. We begin our episode with another dream sequence from Hidomi. This time there’s a a stylistic zombie turn with Hidomi being ripped apart by her classmates to the tune of a very blasé narration from her. These sequences have been fun so far and I hope they continue over the course of the season. 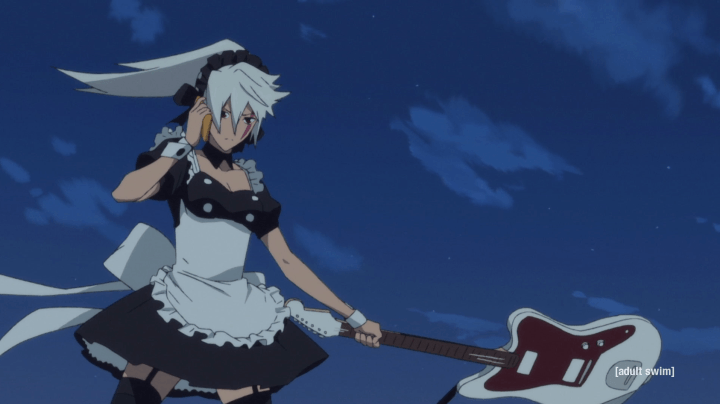 In class, we see the students are literally crazy for Haruko. The students are reminiscing over pictures in a year book about the time they spent with Haruko playing baseball and at a bonfire… and we see that it’s all completely fake. Hiromi can see that these “pictures” are just crudely drawn pictures. They seem to be some kind of spell these kids are under. But what exactly is going on is still a mystery. 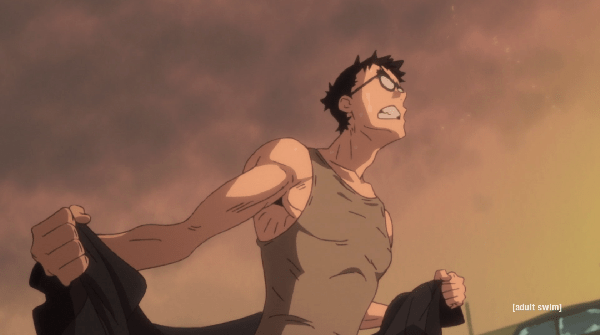 At Home with Ide

Haruko sends Hidomi to deliver Ide his homework since he was absent. We see Ide lives in the slums, working manual labor in almost slave conditions to get by. Yet he still seems to have an upbeat attitude about life, or at the very least is keeping it all bottled up well and hiding his true feelings. Hidomi sees the hard working Ide and passes out from her overflowing emotions, prompting Ide to carry her to his room to take care of her. That seems to be the theme of this season so far — overflowing emotions and how these kids handle it. With all of Ide’s boasting to his friends about spending the night with his teacher, when he is taking care of Hidomi we see he truly does care for and like her. The boastful and loud Ide gives way to a stammering and shy one, and it seems to connect with Hidomi.

Haruko and Jinyu drop in and fight over Hidomi. Haruko wants to use her while Jinyu is trying to protect her. During the fight we get some interesting dialougue hinting that Jinyu and Haruko are connected in some way. Going off of the end credits it could be possible that Haruko did in fact get the power of the pirate king she was searching for last season and the result was the Jinyu came from Haruko. I don’t know how accurate that guess is but since this is another six episode season, we’ll have our answer soon. 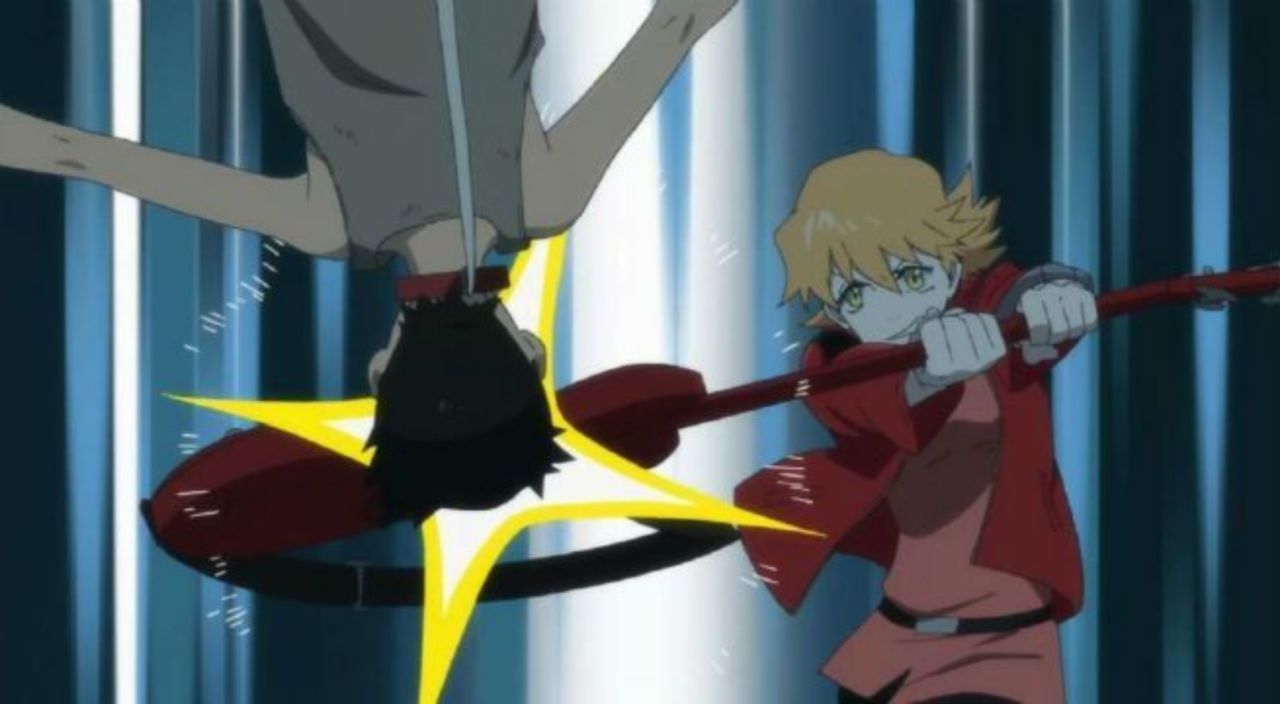 During the fight, while Ide is being thrown around like a rag doll, Hidomi’s emotions overflow and she transform into a little robot. Nothing like what we saw in the dream sequence last episode but powerful enough to punch Haruko’s lights out and end the fight. As she looks over a beat up Ide she agrees to go on a date with him. This is probably my only issue so far is that the pacing is a little off. It’s moving too quickly to really feel like those two dating already was warranted.

All in all, “Freebie Honey” was a good episode and still a good direction for the season. It looks like the next episode may slow down a bit so we’ll see if that fixes the pacing problem.