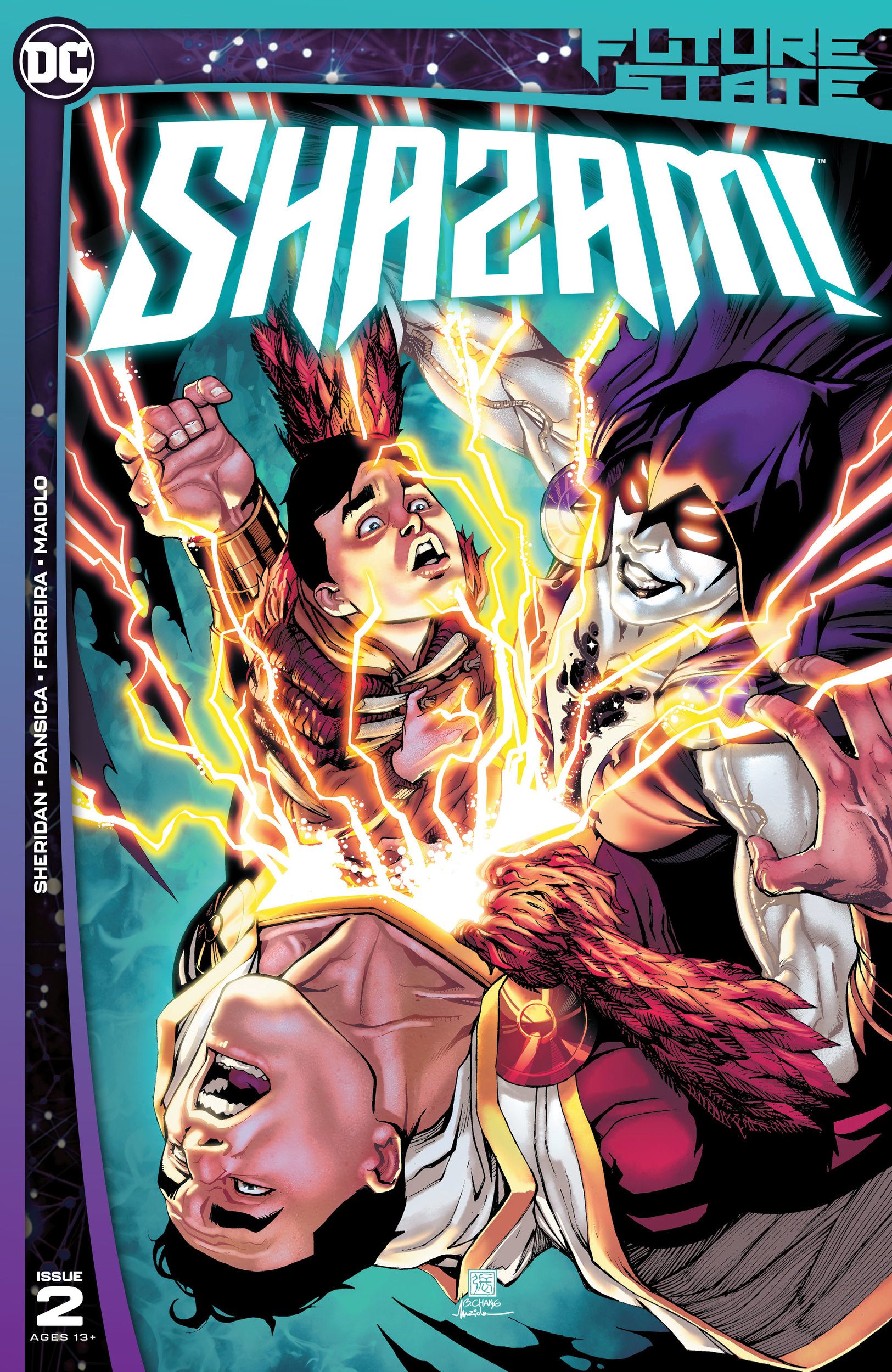 In a slew of pretty good Future State books, Future State: Shazam! rises to the top. In the first issue of this short run, we find out that Shazam has stayed in his Godly form 24/7 for years, leaving many to wonder what has happened to Billy Batson.

Well, it turns out that he had to stay in the underworld to guard the gates of Hell from remaining open so the demon Neron couldn’t escape and wreak havoc on the world. But nobody knows this but Billy, who is in Hell, and Shazam, who has returned to Earth.

Something’s off with Shazam, though. Without Billy’s boyish demeanor and innocent wisdom, Shazam is susceptible to outside influence. That’s where Neron comes in. When he split Shazam and Billy into two, he also was able to manipulate Shazam into doing his bidding without realizing it. So when Shazam returned to Earth, he started killing heroes, one after one, without anyone knowing.

Issue two ups the intensity as Shazam’s team begins to wonder just who is behind the God’s decisions. They don’t know that Billy isn’t there. They just know that something is wrong.

This issue is paced really well. It seeps out the necessary information just when we need it. And by doing it that way, it allows the reader to be compelled to turn each page with conviction, so they can get to the answer quicker. It’s a slow burn, for sure. But it’s compelling. It also helps that The Question is a main character in this story as well. A detective pulling a thread is always a recipe for a good story.

I had a really good time reading this book. It wasn’t anything I ever thought a Shazam book could be. It exchanged the childhood levity with a heavy shadow over the title character. I know everyone is sick of making things dark and broody, but I think within this context, for a book about a possible future, it was an interesting exploration for the Shazam character. Sheridan does a good job of keeping you on edge and placing breadcrumbs toward the central conflict, and Pansica is able to illustrate Shazam’s burden expertly on his face and demeanor. You can’t help but want to give him a hug. He’s such a far cry from the happy go lucky himbo we know and love.

Future State: Shazam caps off its two issues by revealing who is controlling Shazam and what will happen if he says his famous catchphrase one more time.