As I arrived at the Game Devs of Color Expo, I enthusiastically accepted the event’s welcome package, including the booklet with every game and panel being showcased. While many visual novels were being showcased that day, one, in particular, caught my interest – Catt Small’s SweetXHeart (pronounced “sweetheart”). SweetXHeart is a short but meaningful game where players take on the role of Kara – a young, 19-year-old black woman from the Bronx. In the game’s description, it challenges players, asking “Can you get through a week in the life of a modern black woman?”

It’s a question that made me think. Not just about my own interactions with and the stories I’ve heard from people like my wife, friends, colleagues, and other women of color. It also made think of the all too common occurrences and what can only be described as horror stories they’ve told me about the stuff they have to deal with on a daily basis. If a game could give me even the smallest bit of insight into how different my world is from that of a woman of color, why not try to see if I could get a better understanding?

My time playing as Kara was an experience filled with frustration, challenge, and anxiety. Catt Small’s description of the game touts it as a slice-of-life. This is normally a genre reserved for mediums that deal with the ordinary and mundane tasks of life. That can involve everything from hanging out with friends to simply going to work. While SweetXHeart is still true to the genre, it shows that as a black woman, that experience comes with a few more trials and tribulations.

You see, the best aspect of SweetXHeart, like many other narrative adventures, is choice. You’re tasked with keeping Kara’s emotional health and stress in check, which is measured by the meter bar in the top left corner of the screen. From the moment you wake up as Kara, every mundane thing you do matters. That includes everything from picking your clothes for the day to simply going to school/work and participating in other daily life activities. 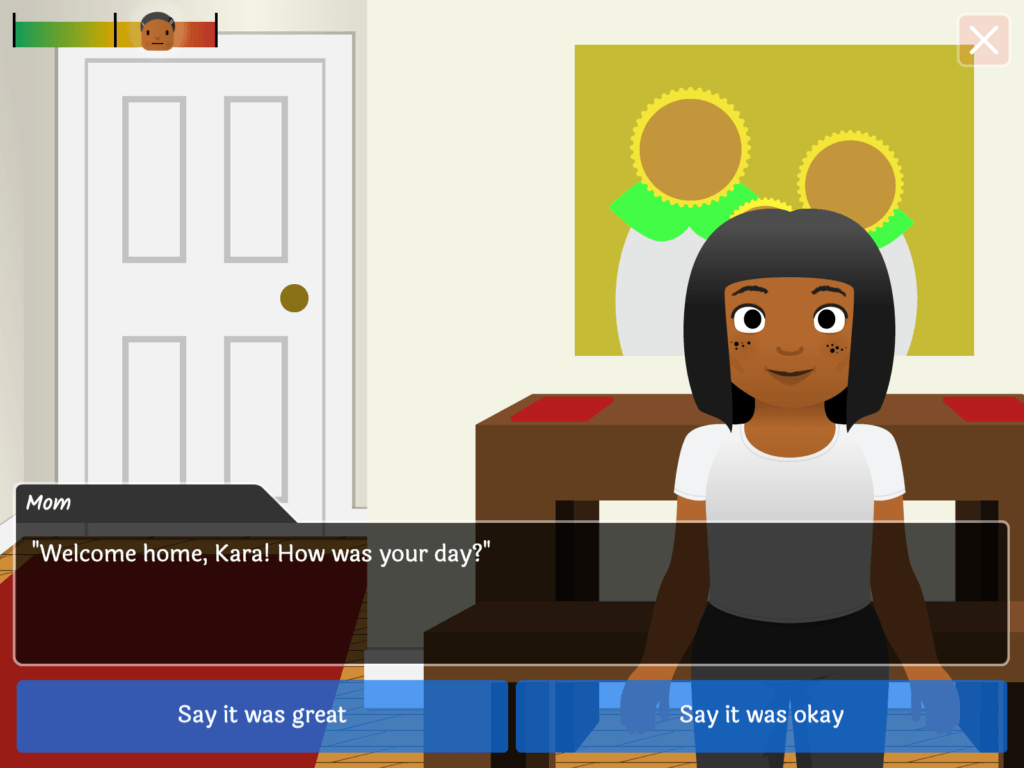 All of these choices affect how Kara thinks and her mental health. She can react in positive or negative ways to how you have her interact with friends, family, or colleagues or who you choose to confide in. I actually found the experience mirroring some of my own anxieties and social quirks. That feeling of not knowing if you are making the right choices and the fear of trying to that paralyzes you.

As you guide Kara through her life, you get to know her better. There are moments in the game filled with feelings of accomplishment and joy. Things like hanging out with friends or family or moments where Kara talks about her aspirations. These are all the types of outcomes you want in the game but quickly you learn that there is a lot in Kara’s life that works against reaching that goal.

The Not So Secret Lives of Women

The more I played, the more I began to notice the differences from my own daily routines and interactions. Things that, as a man, I have never had to experience. The game takes place in the course of a week. I can note that almost every day that I chose to have Kara simply walk out of the house and to the train station, I was approached by a different man. Men who choose to call me beautiful, pretty, or make uncomfortable advances. Sometimes I ignored them, other times I said hello or told them to leave me alone. Whenever these men would react negatively to my dismissal of their harassment, it put me and Kara in a frustrated state, asking ourselves, “What could I have done differently?” 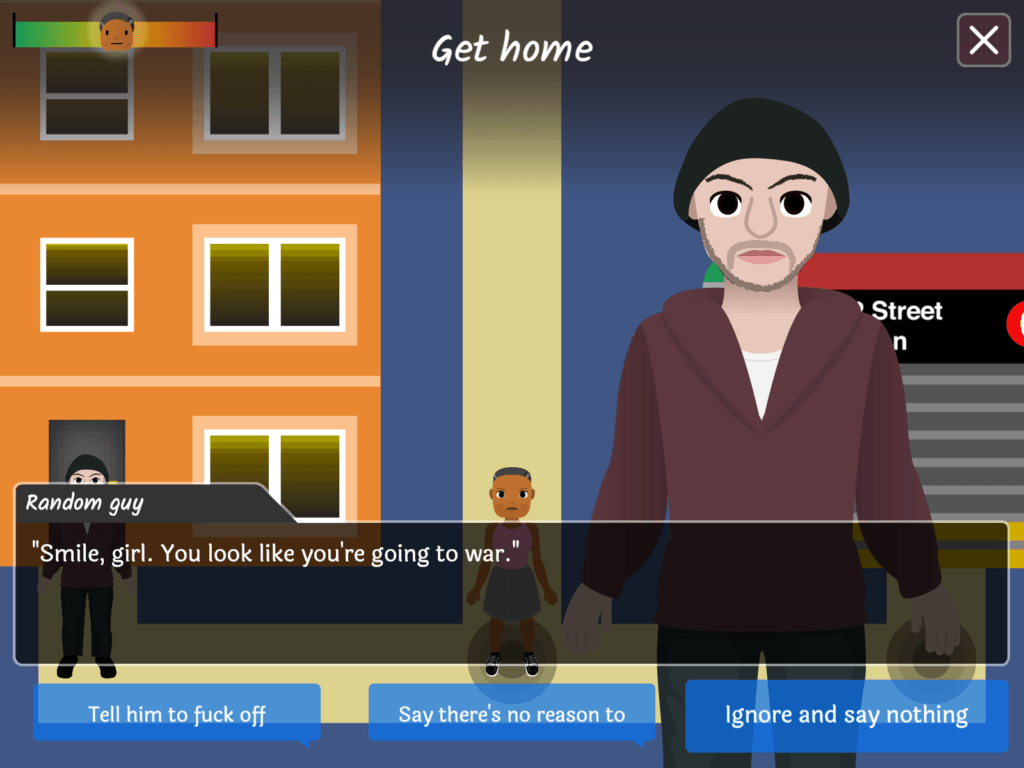 It was an annoying process of trying to figure out how to make these men leave Kara alone or how to make it out of this interaction without ruining Kara’s day. The more I had these interactions, the more I realized that there was nothing I, nor Kara could have done differently. It was just how the world treated her no matter how direct or polite I made. It was up to the men to check their own behavior, which sadly wasn’t something that happened often.

I also found myself being selective about the people I confided in, choosing mostly other women who I felt comfortable being around. These choices were definitely influenced by my experience simply walking to the train station and an underlying fear that the men in the game would either belittle me or that I would confirm their preconceived notions of what I’m capable of doing. Even choosing clothes was a completely different experience from my own and felt like it requires more forethought. Would the short skirt I decided to wear for the day be an invitation for the men outside to talk to me? 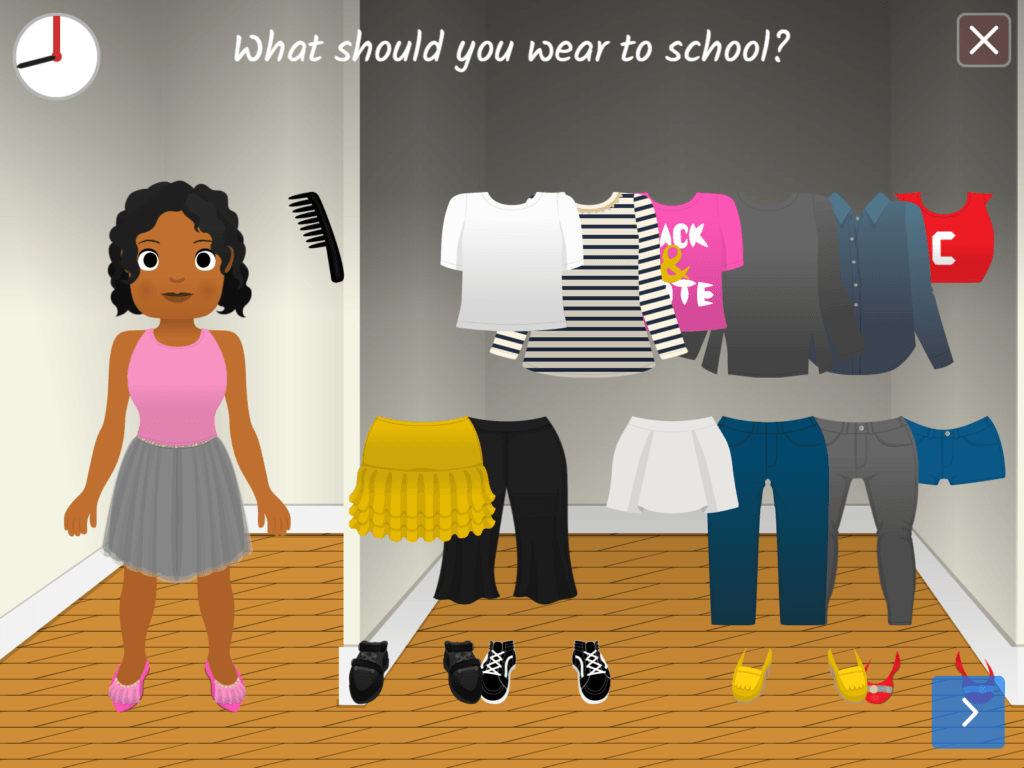 For me, picking clothes usually means grabbing the first pair of jeans and t-shirt that I can find. For Kara, the right clothes meant a whole lot more. There was one point where Kara even suggested not going outside for the day, just to avoid it all. A sad moment for me as a player, as I realized doing nothing was probably better for Kara than the risk of going outside. I found myself mimicking Kara’s feelings, agonizing over every choice, who I confided in, how I view others actions and how to react to them. I challenged myself to try and keep her emotional state balanced, a task I found harder than expected, especially since I thought I was playing it safe.

By the end of the game, Kara ended up with a bad week. An outcome that I wasn’t happy with but understood, especially after all of the drama of the past five days.

While I’ll never truly experience what any women or women of color will on a daily basis, Catt Small’s short narrative game accomplishes the task of giving me a better understanding of their world. In the 20 minutes that it took me to play SweetXHeart, I felt annoyance and anxiety with every choice and outcome. Small victories felt great, but they were fleeting and challenging to get, surrounded by the state of discomfort in Kara’s life.

However, when the game was over, so was the experience. Then it clicked. Just how much of an advantage I had to be able just to walk away from it all. It’s a privilege I had that many women like my wife, Catt, and others don’t. They don’t get to walk away, this is how they exist in the real world – in a state of discomfort from the way people harass and treat them. These are things that I don’t even have to think about dealing with whenever I walk out of the door. 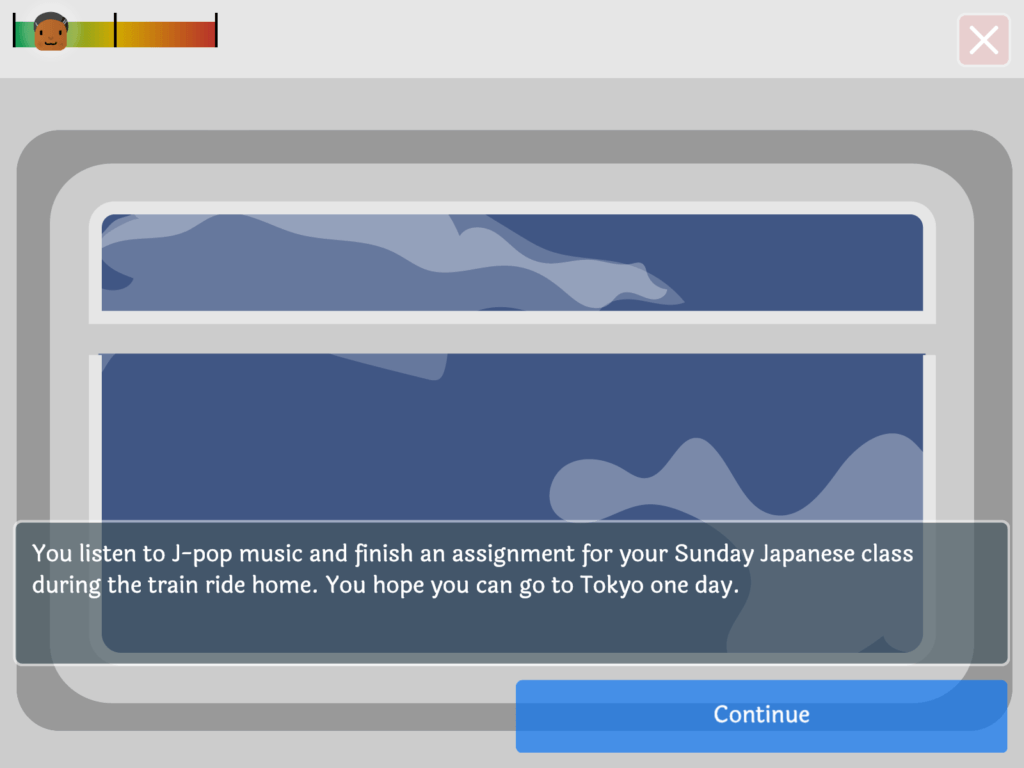 SweetXHeart is a fascinating game. After five years of working on this game, Catt Small accomplishes what she set out to do, which is give players an idea of her experience growing up and the kind of microaggressions she has had to deal with on a daily basis. It’s a thought-provoking game I’d recommend to anyone, especially men who want to do better, be better. And when you mix in the challenging social dynamics, the choices you make, and the several different outcomes that can come with every playthrough, it’s just great game design that any fan of slice-of-life or visual novels should give a try.

SweetXHeart, a slice of life visual novel that explores the tiny joys of daily life but also the grievances when it comes to race and microaggressions @cattsmall pic.twitter.com/xss83sQ4ex

SweetXHeart is available for free on CattSmall.com and playable on any web browser. Catt Small is also one of the Co-Organizers of this year’s Game Devs of Color Expo. She gave a brief talk about Designing and Building an Emotionally Impactful Web Game. You can check out SweetXHeart and many of the other amazing games and talks from this year’s Game Devs of Color Expo on their website.