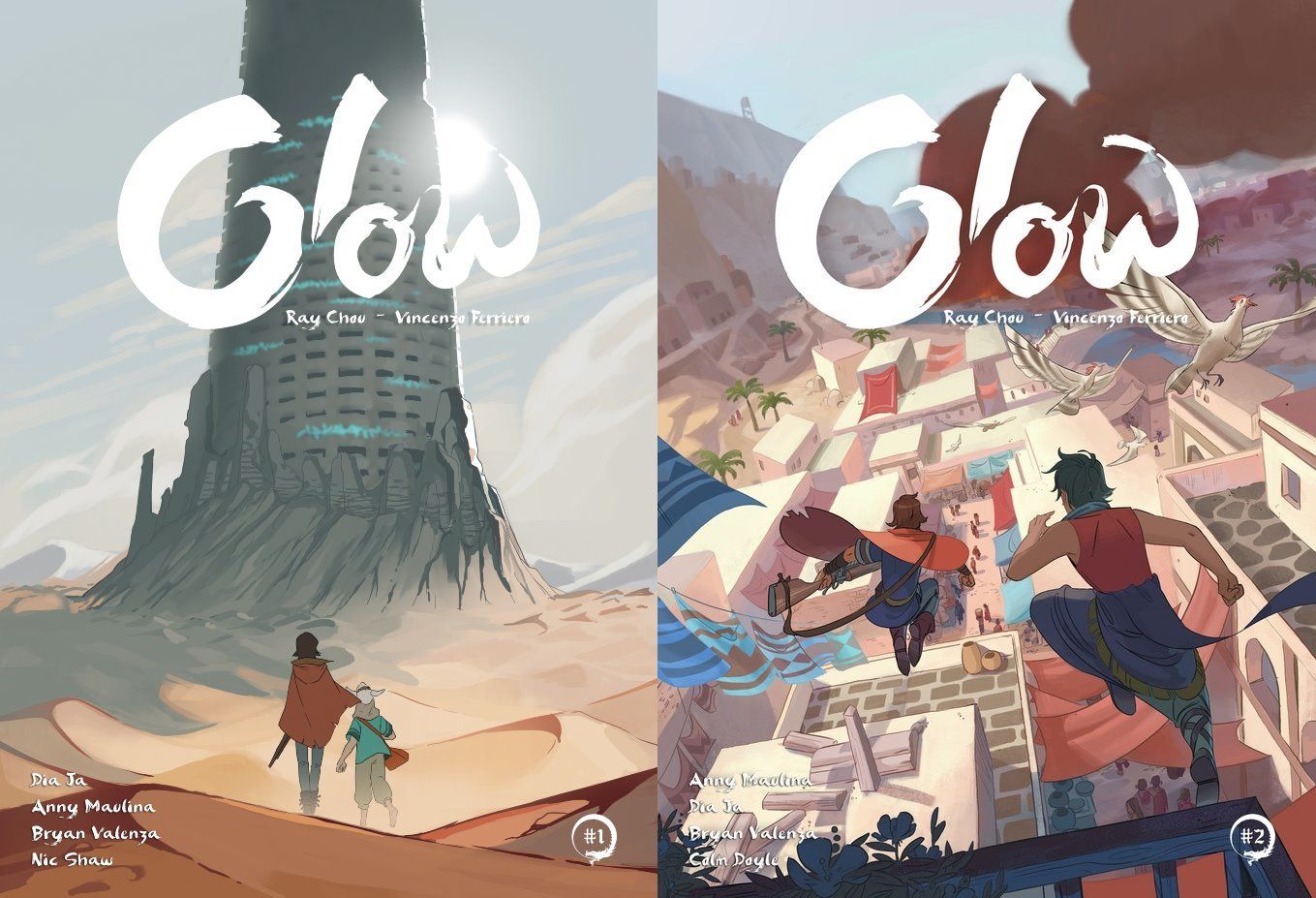 Anything that starts out with a highly-detailed map has got my attention. Throw in residual magic powerful enough to mutate local lifeforms and adorable deer mounts (Tanvir) and I’m sold. With this in mind, I dove into Glow in the hope that the story would live up to my initial impression. Glow, the second title from Mythopoeia press, did not disappoint.

Magic Made The World Bleed 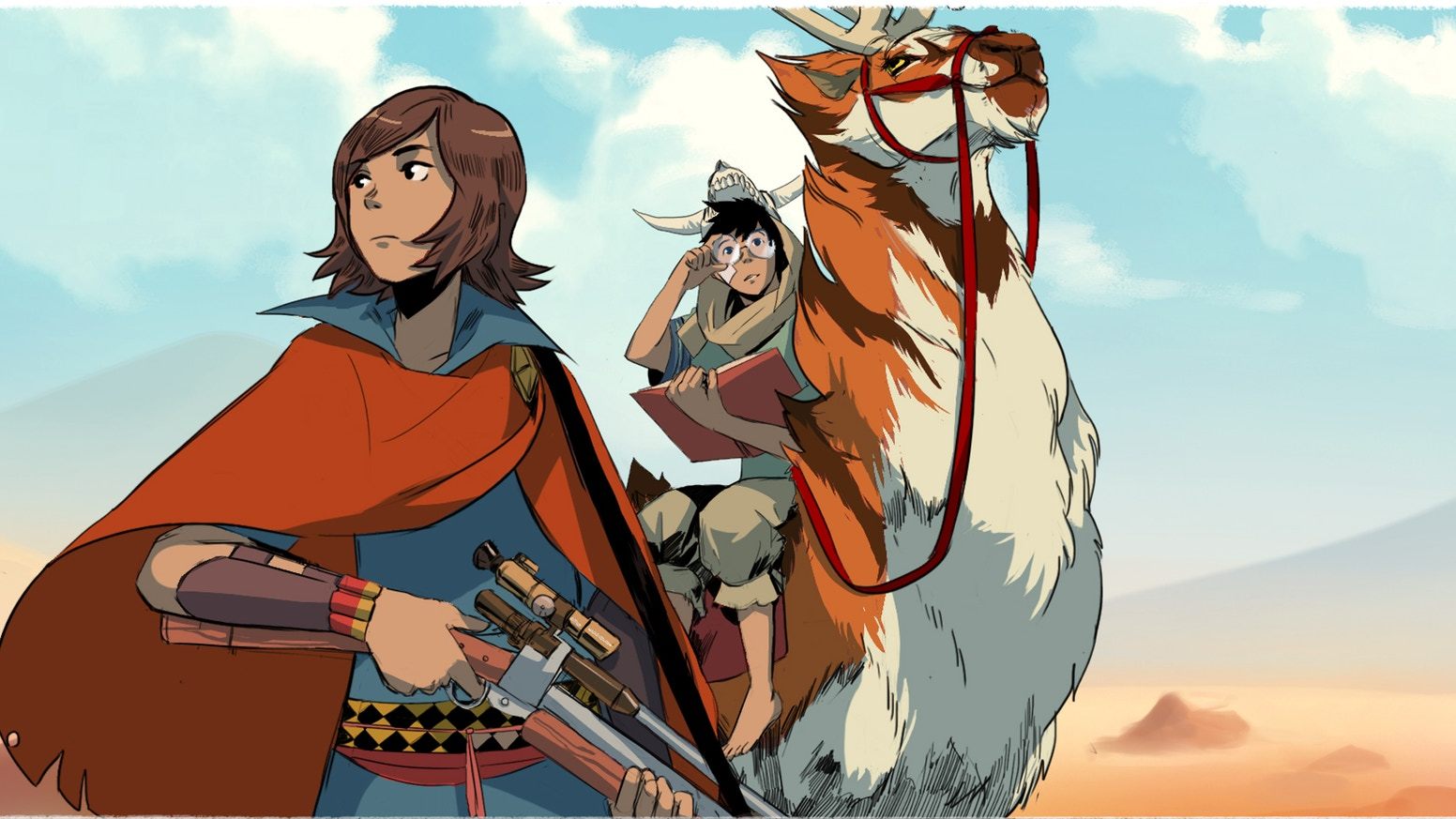 Glow follows the sister-brother duo of Caszy and Koken. These two survive as scavengers working for/semi-adopted by a man named Kelbourne. Issue #1 introduces us to Nymera, a world destroyed by magic in the not so distant past. Caszy and Koken live in the town of Shoddai which is fortified against…things. We definitely see threats, the mutated wilderats grow from cute to terrifying at an alarming rate, but something tells me that R.O.U.S.s are not the biggest worries for this cluster of humanity. 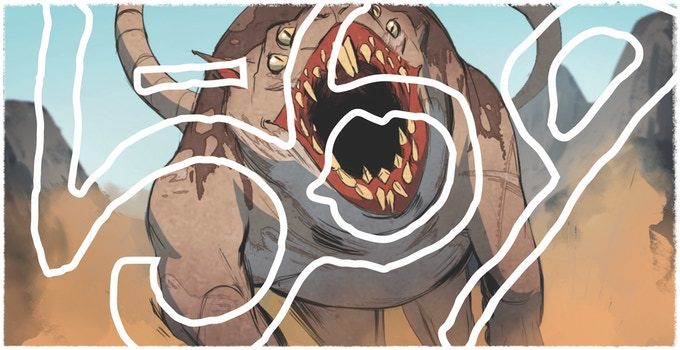 Our protagonists spend their days outside the protection of Shoddai’s Great Gate searching for magic relics to repurpose. Their dynamic is established quickly with Caszy as the strong, protective, and pragmatic older sister and Koken as the inquisitive, slightly reckless, and precocious younger brother. They are endlessly dedicated to each other despite numerous disagreements. Writers Chou and Ferriero expertly distill the issues of Nymera into the sibling’s squabbles, outlining the tension between loyalty and independence, magic and technology, knowledge and ignorance. 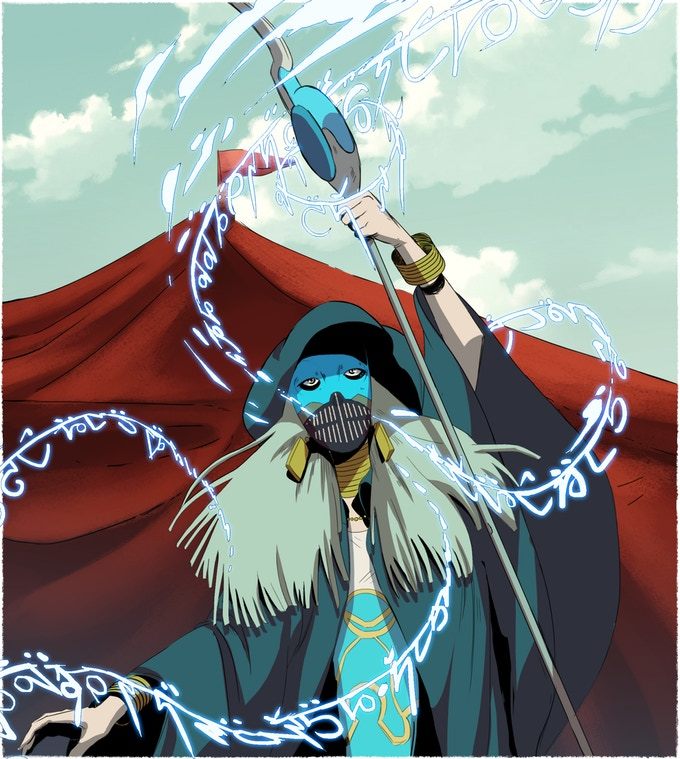 Issue #2 provides more character development, delving into the motives of the main cast of characters and identifying some of their weaknesses. The appearance of a mysterious witch threatens to tear Caszy and Koken apart while an unfortunate accident rears the ugly head of prejudice in Nymera. Each issue also includes pages from Koken’s travel journal which provide a goofy but informative look into some of the smaller details of the adventure.

To Build A World From A Grain Of Sand

Throughout both issues the art draws you in and it is clear that artists Dia Ja and Anny Maulina were just as immersed in Nymera as they want their viewers to be. The lettering literally weaves the panels together. The ancient Nymeran language used throughout the script seems to ground the characters and tie them intrinsically to the land. Probably because THEY MADE A WHOLE LANGUAGE. Look, Mythopoeia didn’t come to play with the world building and research behind Glow. The team brought in a bona fide linguist. They got a cartographer, a beast master; they hired a frickin’ artificer man!! 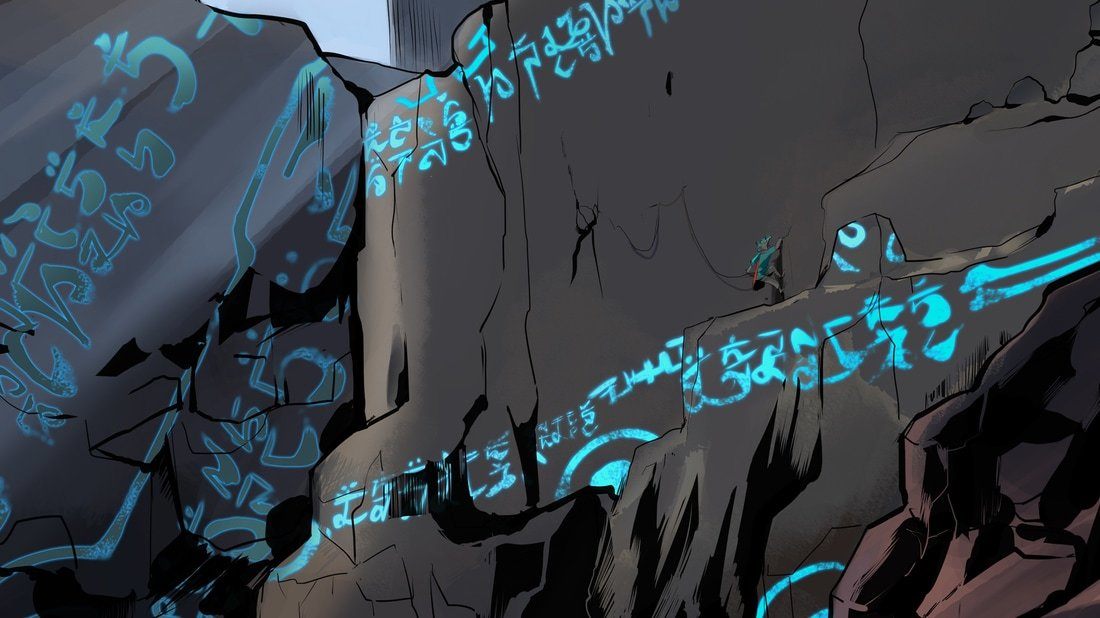 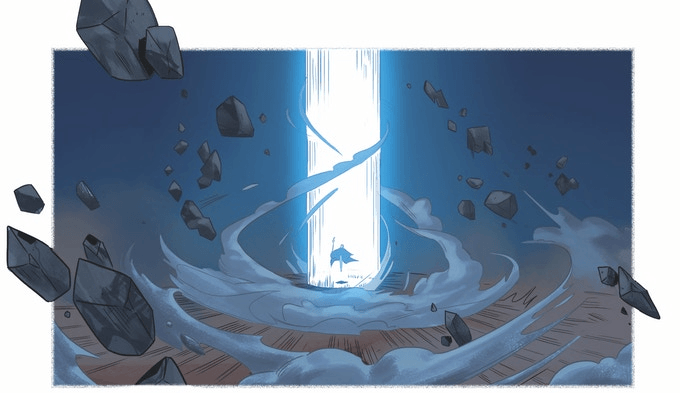 Another great thing about the world of Glow is that is a testament to the difference between inspiration and appropriation. The global nature of the creative team allows for a veritable soup of reference material that all feels completely organic. The care put in to the creation of Nymeran is evident. Consequently, Glow can stretch itself in the story arc and have all the meat to back it up.

So Glow #1-2 was recently funded on Kickstarter. While the second issue hasn’t quite hit the Mythopoeia store just yet, Glow #1 is there in its full glory. Also there is a digital deluxe kit. All the nerdy fibers in my body couldn’t handle the amount of awesome contained in the full Glow kit. There is a Nymeran language guide, bonus codex, and Making Of booklet with a TON of behind the scenes material and creator inspiration. Did I mention it’s only seven bucks? $7.00 Seriously. Go get you one.