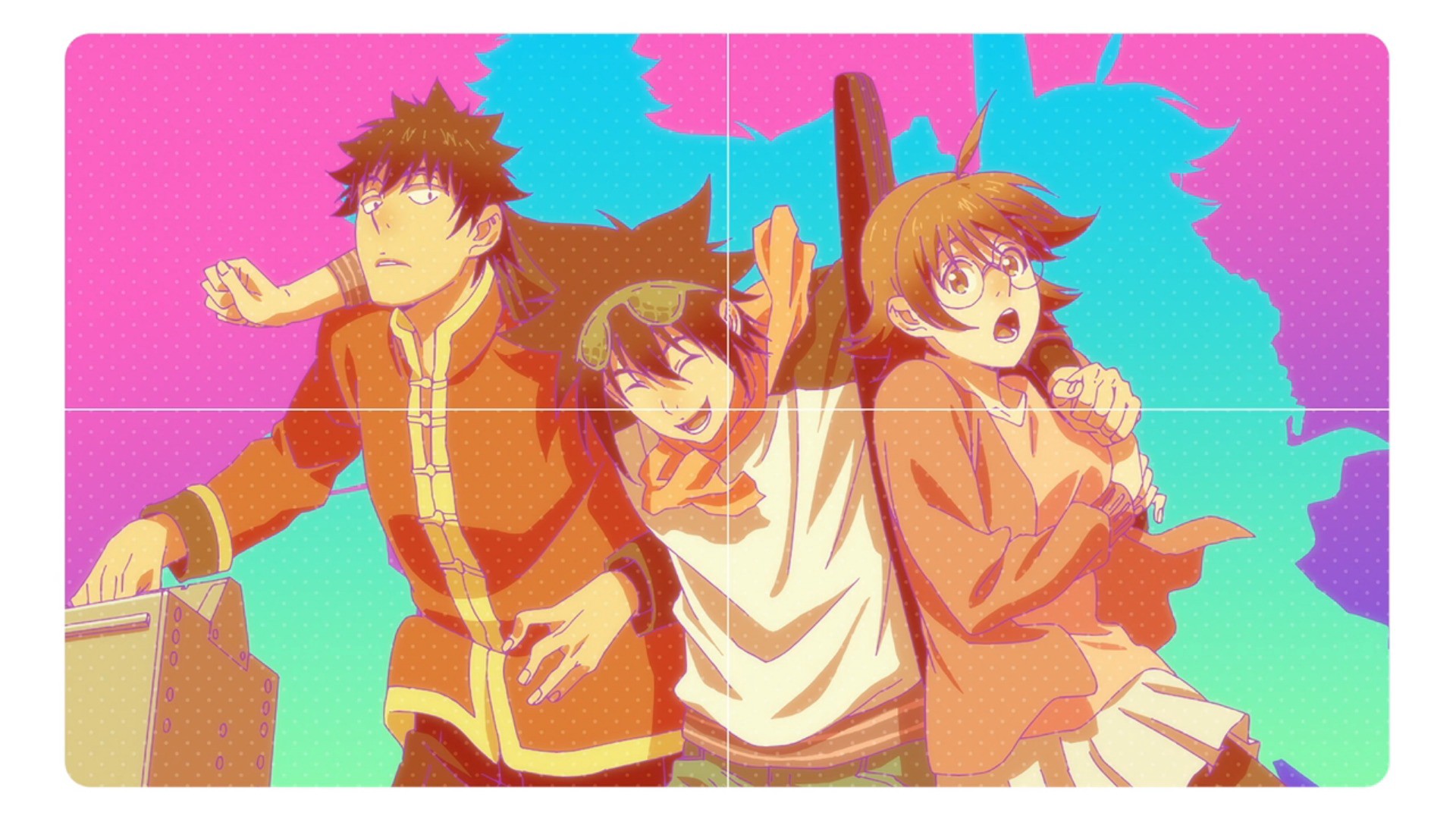 And You Say Charyeok City!

Off the rip, you know this episode God of High School is about to be a mean mix of savage and tender. That random first round fighter is laid up in the ICU looking wild mummified after that Jaws attack. Park Mujin like, “Yeahhh I ain’t disqualifying Jegal Taek, cuz that boy might be The Key.”

We finally got to see the Hooded Homie (that’s what I’m calling him), Park Ilpyo, fight and it was worth the wait! First, he gives his South Jeolla homegirl, Park Seungah, tips on how to beat that Goldberg looking muf***a, Namgung Po. Boiiii, she put the Chun Li roundhouse beats on that boy! Ilpyo steps into the ring to put the winning touches on this bout and starts by straight up telling Gwim Gi, “You can’t beat me.” Gi hits him with a left and right before Ilpyo comes out with the crazy Taekkyon slap style. Gi’s Charyeok arrives in the form of Gaara’s black sand but the hooded homie evades like Neo when he got drop code. Then he hits dude with the Falling Leaf Inferno kick that sent that man’s soul straight to the pearly gates!

Jin Mori, who was watching this fight intently and surprisingly quietly, notices the tiger logo on Park Ilpyo’s jacket and knows his grandpa is somehow connected. Or at the very least that Ilpyo is wild powerful. The trio confirms as much on the walk home when they cite that he and Jegal Taek are on a different level, declaring the need to get stronger still.

Daewi’s flashback to his conversation with Park Mujin speaks volume’s about his new approach to this tournament and to Charyeok as a whole. I enjoyed learning a little more about the parameters of unleashing someone’s Charyeok. Which, in typical anime fashion can come in a moment of inspiration or if worked on tirelessly. Wilder still, it may never come for some people, no matter how much they try. So, the main crew still has a chance to beat all those crazy powerful cats in the tourney!

Mori’s bleak detour home turned out to be a fun scene, as the Hooded Homie rolls up on Mori and they have an impromptu battle. Fists turn to facts and it turns out Park’s first memories were pretty damn sad. With the appearance of Jin Taejin, grandpa rolls up on young dude while he’s feeling down and gives him a book of Taekyyon secrets.

He also provides young dude with all the motivation he needs and tells Ilpyo: that his grandpa was mad strong (though not as strong as Taejin) and died saving the world with him and that that pride lives on in the young buck’s blood. That became his precious third memory.

Then, Shark Tooth Taek tried to fade Mori but Ilpyo stops it with one bare hand (like a fuckin beast!) and tells him to leave other people out of their personal quarrel. I have no clue what’s going on between these two, but I was OD hyped!

Q rolls up on Park Mujin pissed because he ‘let them kill Sim Bongsa’ and his family. One, hilarious. Two, great things happened after Q overstepped. Mujin lays the smackdown on him and it turns out they created a fake kid with one of the commissioner’s marionette Charyeok. Now Q is up to nine months without pay and I’m just expecting this to be the running joke all throughout this series. It was quite fortunate for Q that Han offered him dinner every night if he helps him learn how to get a Charyeok.

That night, shit gets real for the commissioner squad. Mujin tells his team to be on high alert because it’s only a matter of time before Nox tries to ruin their search for ‘the key’ and F up the whole tournament. Can’t wait for that spicy business to jump off!

The end of this episode was the essence of sweet and sour sauce. Flashing back to Mori’s grandpa having to leave him on his birthday nearly made me shed a thug tear. But it was super dope knowing he left so that the bad guys wouldn’t come back and kill the kid. But grandpa telling him they’ll fight the bad guys together when he’s older?!? F***ing legendary heartstring-pulling writing right there, man!

To end on such a touching birthday scene and a comedic cooking note was the cherry on top of this episode that pushed the series forward once again and deepened the mythos of God of High School. With a little something for everyone, the “close/friends” episode will be one that fans will love and a look back on fondly.