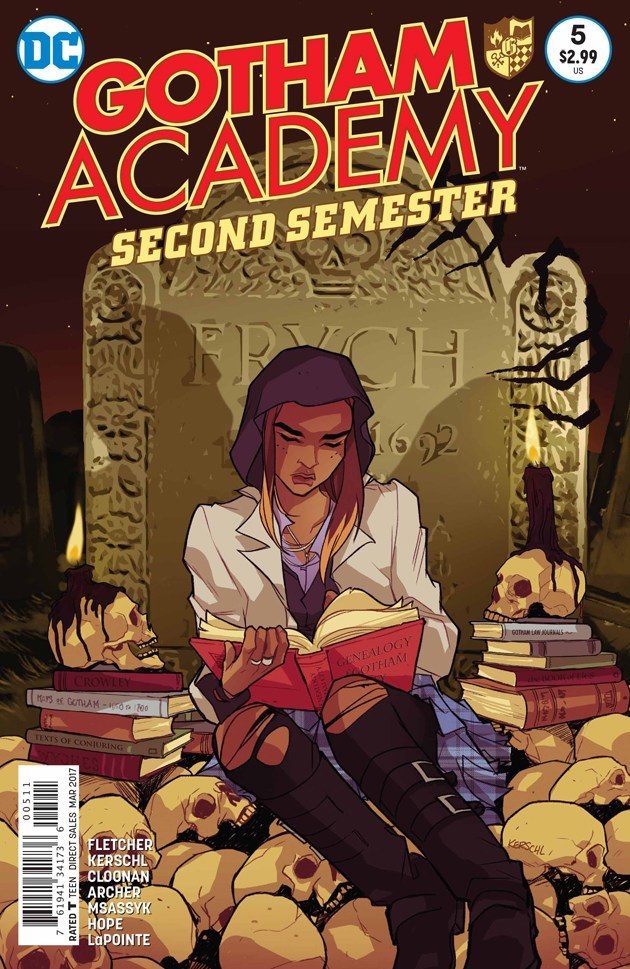 It’s back to the main story of Gotham Academy Second Semester after issue #4 was a brief diversion from the story arc. Standalone issues can be frustrating, especially in a middle of a building plot, so Second Semester had a break in its stride despite the standalone story in issue #4 being good for what it was. Now, though, we get back to Colton Rivera’s crush being a head fake from the real cliffhanger of his possible expulsion from the Academy for being – well, an all-around criminal, really. I mean, the whole squad is full of little teen deviants but Colton’s the homie who picks locks and steal convertible whips to save your ass, making him a great friend but also winner of the Most Likely to Get Locked Up superlative. This time around he’s dropping a smoke bomb to save he and Pomeline, except he takes the fall and… 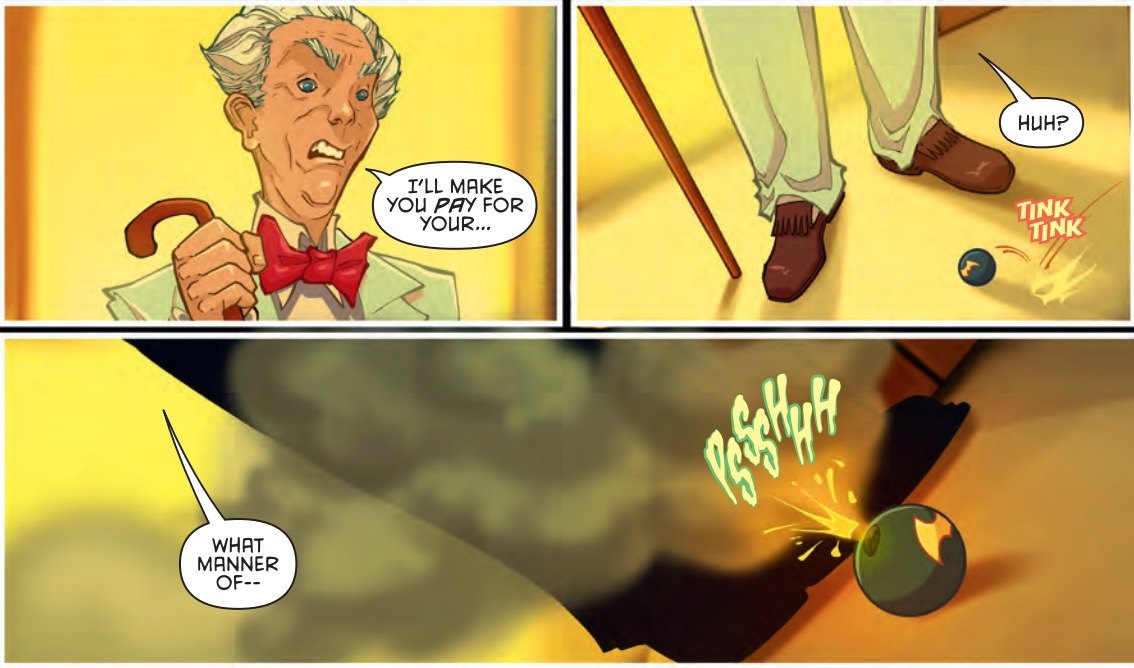 …begins a trial to keep him from being expelled from school. The issue is based on everyone’s separate scrambles as they relate to saving Colton, including Pomeline’s secret weapon, her mom, AKA not-She-Hulk. Green tones and all, Pom’s mother is a lawyer and quickly sets up a trial to keep Colton from expulsion, creating an inevitably dialogue-heavy issue that also seems almost like a roundup episode of all the Academy’s characters, bringing everyone in for a cameo lest you forgot the cast of characters that have been built throughout Gotham Academy. The issue does not progress much, rather setting up a few other mysteries to be solved down the line.

Ultimately, that leaves Gotham Academy Second Semester #5 as a fairly slow read as the series stumbles its way back into form. Keep up with the series to see what’s comes from the foundation build from issues like this one.

Reading Gotham Academy? Catch up on previous reviews of the series here.