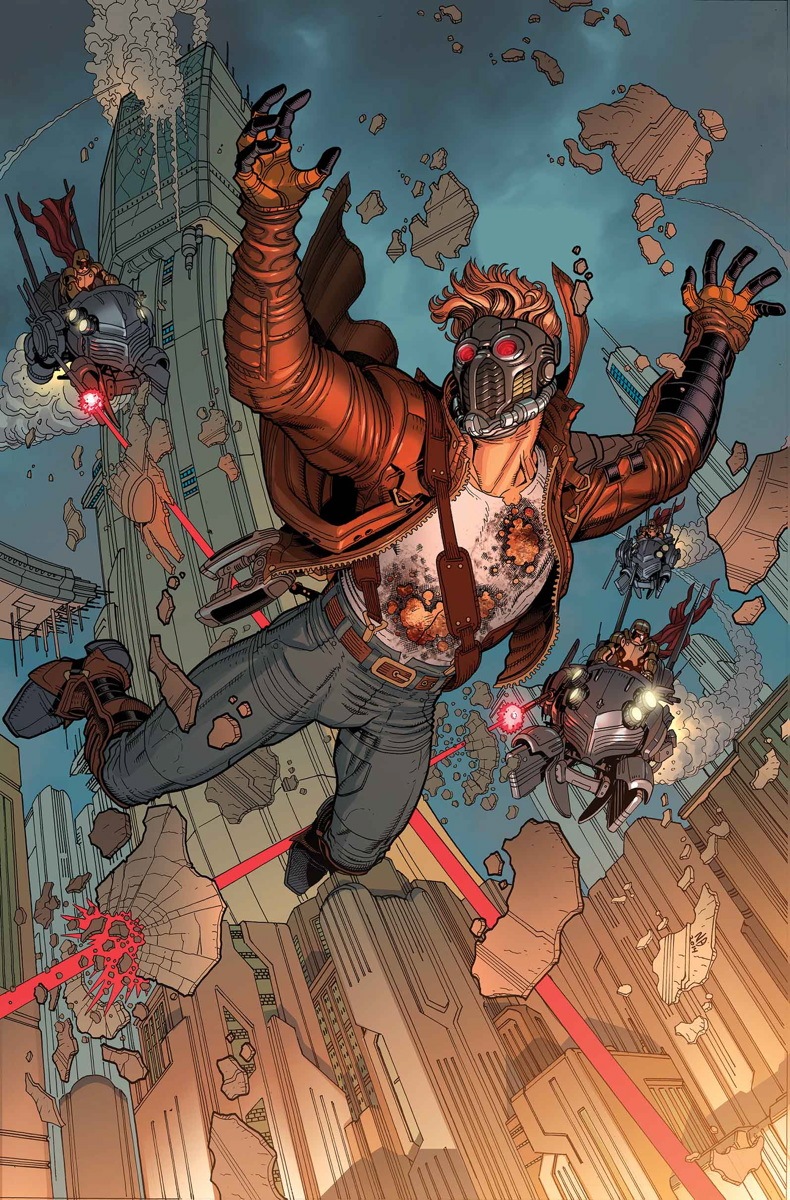 Bendis doesn’t give us much to complain about in this issue at all folks. The Guardians gang is all split up still with Gamora in gladiator thunder dome, Rocket is being experimented on, Drax is on trial by a salty Gladiator over at the Shiar, and Peter Quill is facing execution. Quill’s execution was held off as he was finally going to join his father’s side in exchange for his friends going free, but once he found out the gang’s been taken apart we get him escaping off the roof. Captain Marvel coming in for the save, which felt very Deus Ex Machina but its comic books right? what ya going to do.

We get some father stand off, with Peter Quill using the cameras his father had to film this event across the universe against him (greatest speech of all time), venom escaping his skrull captors, Angela coming to Gamora’s aid, and Rocket being released by the Kree due to a change of heart by the supreme intelligence. Drax also gets his wish (he has been challenging the gladiator repeatedly to no avail) as Gladiator takes him up once his guilty verdict is decreed. The punishment will be a fight to the death where it appears that Drax is all about that life.

I am so here for that fight!!