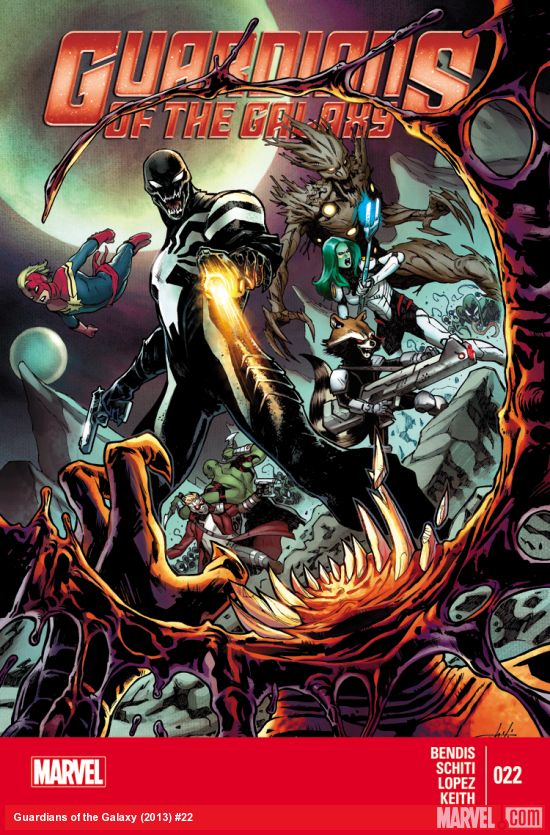 This was pretty much a bottle issue (Community / TV trope reference for yall) this time around. We got a glimpse of the space politics and the council that Quill’s father use to be on deciding on who should be president of the universe (for lack of better term). We see Quill’s name dropped in as the somewhat chaotic but actual choice since he is the trusted voice of the people now. On the ship it is basically a game of hot potato as the symbiote jumps from one character to another. We saw the havoc caused as it was attached to Groot. 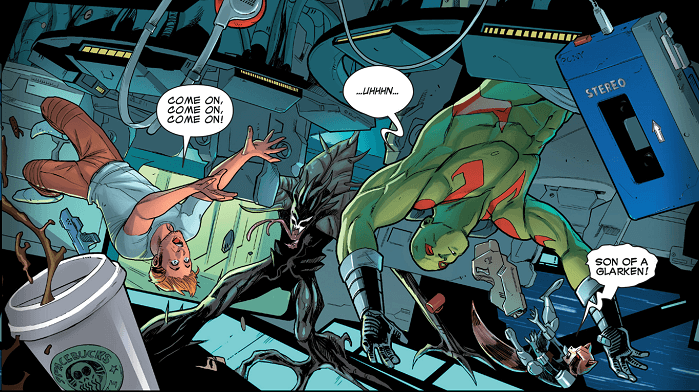 This was basically an issue where everyone was playing tag with the symbiote and the reader gets to laugh at the hilarity of it then be reminded just how dangerous the symbiote is on anyone. I have really been wanting to find out what Bendis had in store as the origin for the symbiote as that has not been explored in full depth in Marvel history. We are getting closer to it but this issue was basically the filler before shit getting real. I enjoyed the issue but I was really hoping for the story to have progressed more. I don’t doubt Bendis ever so I am betting next issue more details will be flushed out.