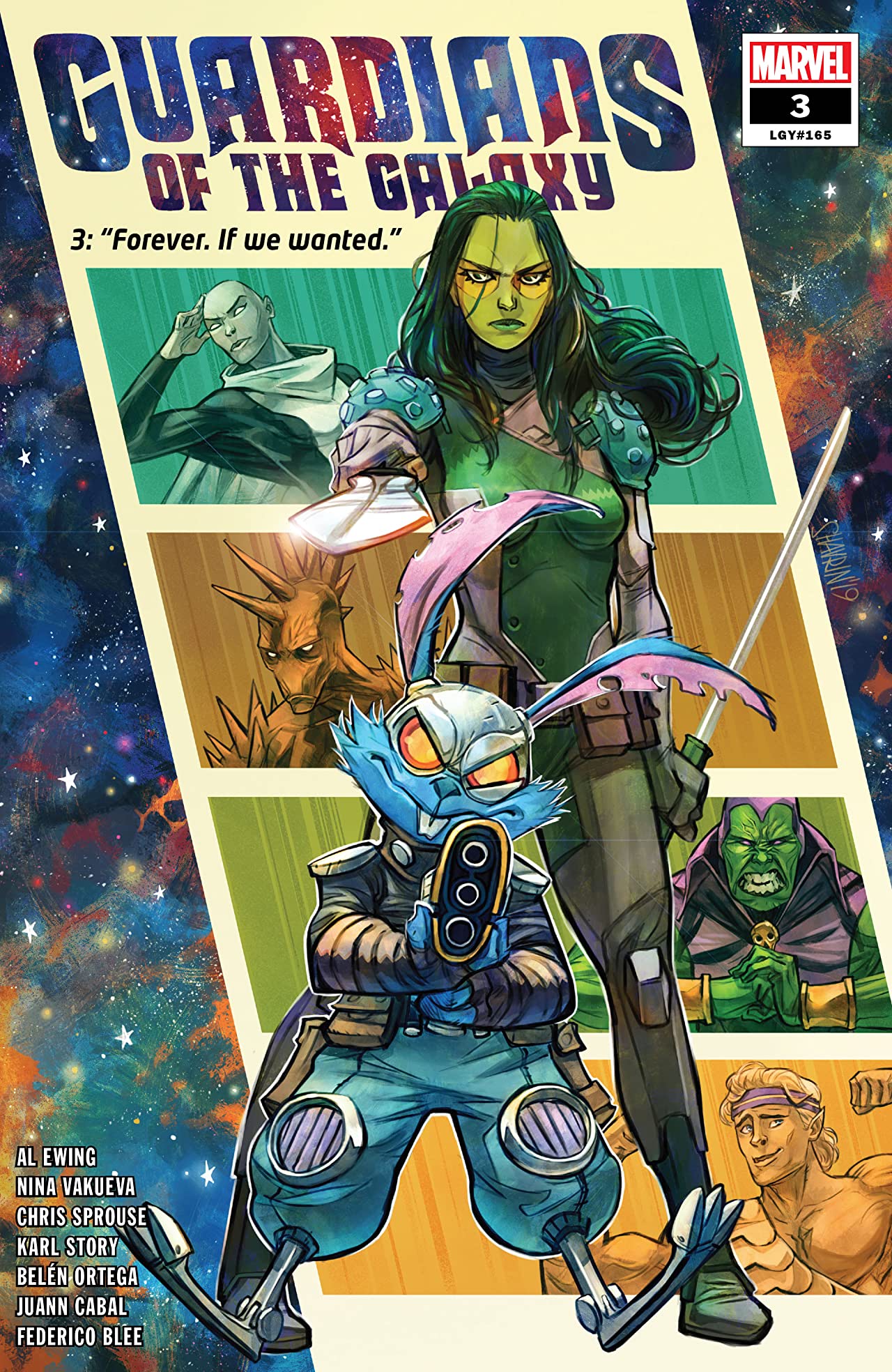 Al Ewing has done some very serviceable work on Guardians of the Galaxy in a short amount of time, combining the galactic and mythological aspects of the Marvel Universe in a way we don’t see very often. Issue #3 sees this storyline take a detour into the aftermath of something happening with a pivotal member (which I’m almost certain isn’t permanent). For the most part, Ewing handles the emotional gravitas well enough, allowing the reader to really feel the impact of each character coping (or not coping) in their own way while setting up what’s next for our heroes. Granted, it’s pretty obvious that what happened to the pivotal member isn’t going to go the distance, but the way Ewing deals with the fallout is compelling enough to keep you turning the pages. I mean, who doesn’t love seeing Rocket Raccoon’s sensitive side? And it’s probably the most interesting dialogue you could ask for out of Groot.

I think issues like this are necessary to remind the reader that Guardians aren’t just a bunch of goofballs. Well, they are, but there’s more depth to them when you look hard enough. Meanwhile, on the visual side, Ewing has a murderer’s row of artists to complement his stellar script. Each artist manages to bring something all their own to the table to keep the panels interesting while also never stepping on each other’s toes aesthetically. 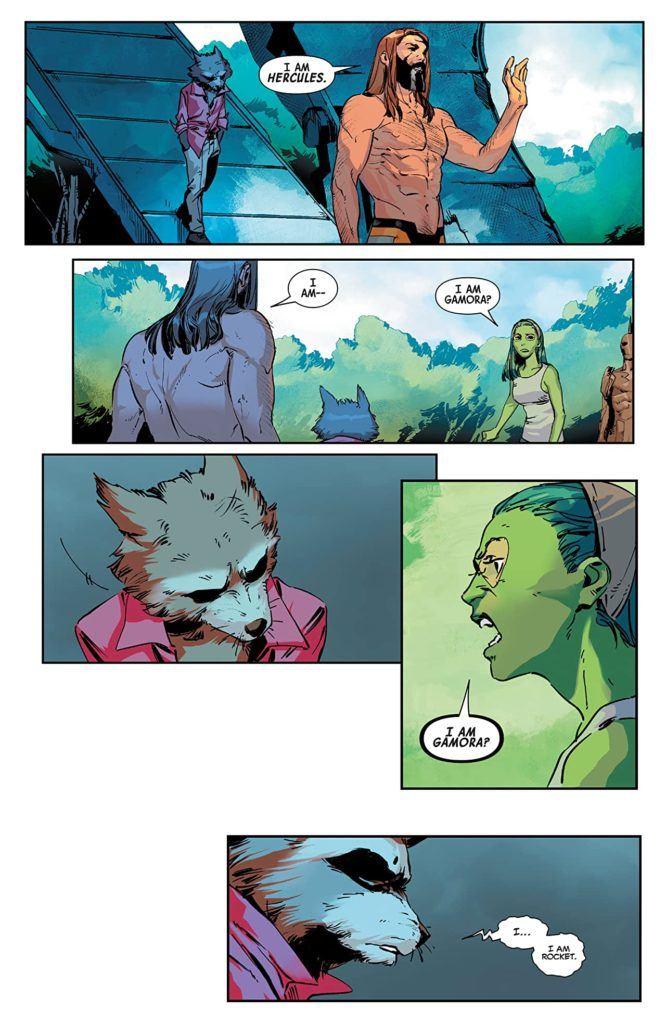 Bottom Line: The usual Guardians slapstick/action combo took a backseat and gave-way to a tragic moment (that will probably pass) and it paid off. Ewing empathizes with his characters in a way that can’t help but bleed into his scripts and make for a compelling read. Even when we’re pretty sure we know where things are headed.

Reading Guardians of the Galaxy? Check out BNP’s other reviews here.