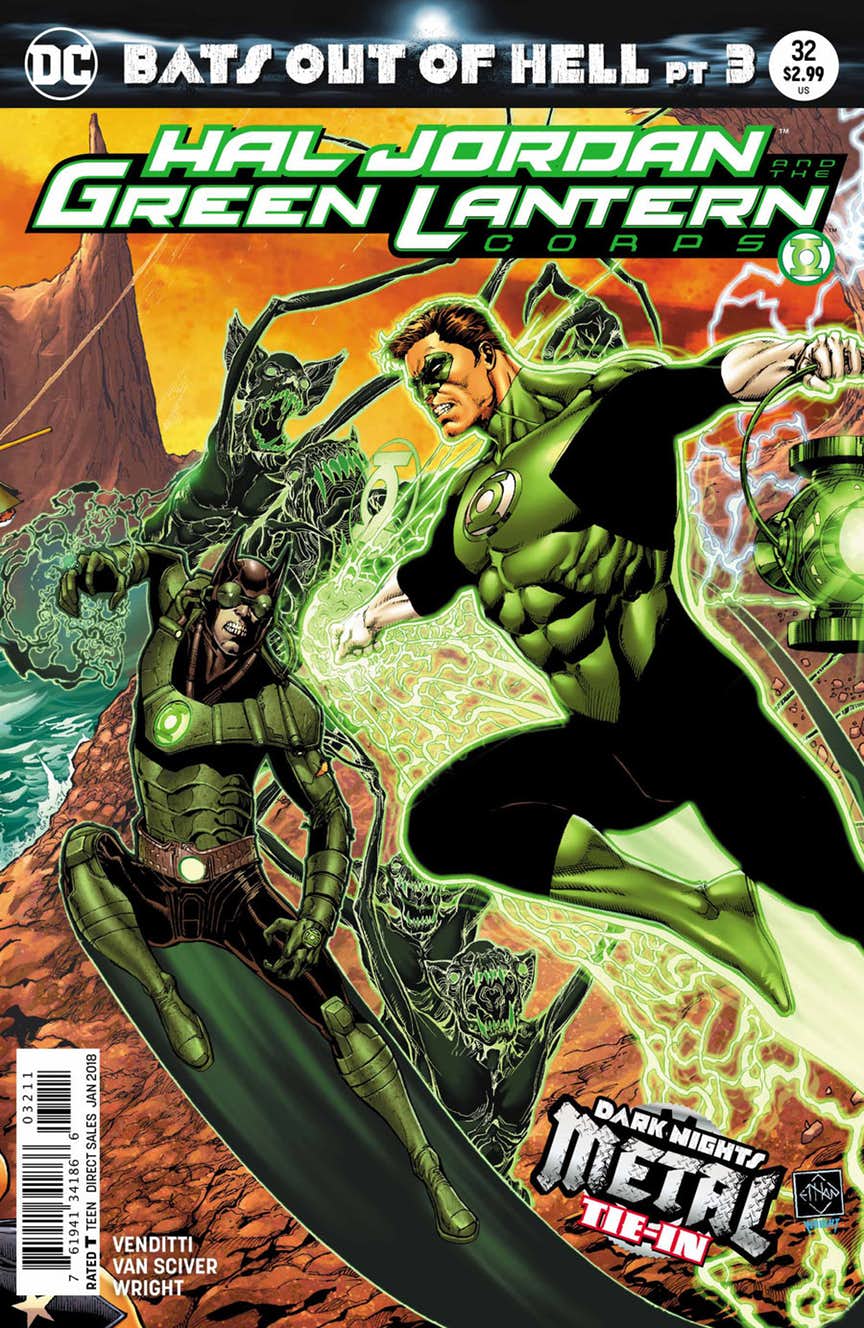 It was inevitable that Hal Jordan and the Green Lantern Corps would have to take its turn to be tied into DC enormous Batman event, Metal. So far, the tie-ins have been pretty entertaining looks at these twisted Dark Multiverse versions of Batman. There’s usually not much taking place that we think is going to have a lasting effect once Metal is over, but sometimes a fun read is its own reward. Combine that prospect with the great job Venditti is doing on this book and the results definitely deserve to be recognized.

This issue is basically Hal throwing down against the Dawnbreaker which is, in my opinion, DC’s ultimate nightmare scenario: Bruce Wayne with a Green Lantern ring. We get a pretty inspiring flashback of Coast City (the unluckiest city in geekdom next to Ba Sing Se) and then the rest of the issue is Hal and the Dawnbreaker beating the white privilege out of each other. Venditti’s script handles the fight pretty well considering that he has the two most willful characters in DC Comics to work with. Hal actually put up more of a fight than the rest of the Justice League seems to have. My only real problem is that even though (given the status quo of the main Metal title) we can pretty much guess how things are going to end, the end comes so suddenly, I started to think there were pages stuck together. 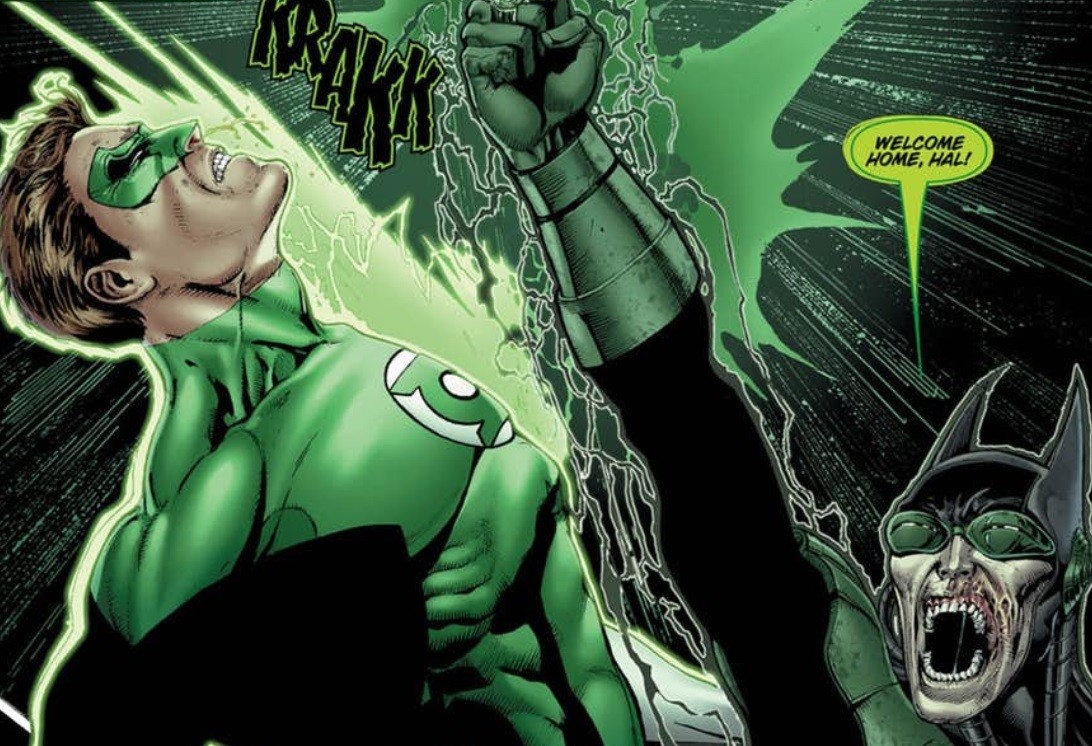 Ethan Van Sciver teams up with Liam Sharp to deliver artwork that is actually pretty damn good looking considering what we’ve come to expect from Van Sciver on his own. This dynamic duo ends up giving Venditti’s script a LOT more scale than I think was intended considering the ending.

Bottom Line: It’s not a book that will “change Green Lantern as we know him forever” but as far as event tie-in slugfests go, it could definitely be considered a LOT better than it has any right to be. Very entertaining read.

8 Oh My Gawds (as in Oh My Gawd Who Would Give Bruce Wayne A Green Lantern Ring?) out of 10