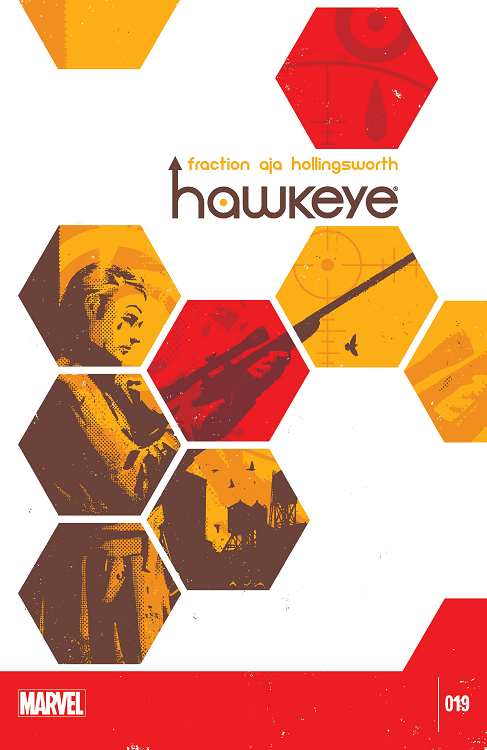 Lawd knows we been waiting for this to come back into the fold. Delays on delays on delays but finally Hawkguy Clint Barton is back in the quiver. Yet this isn’t the same Clint. We’ve seen Clint down on his luck before but after the attack that left Barney in a wheel chair, we find out that Clint was deafened. Fraction shows us that a situation liked this happened before when Clint was younger. Barney has been signing to Clint (YES WE GOT THAT ASL UP IN THIS ISSUE FOLKS) but Clint is not having it. 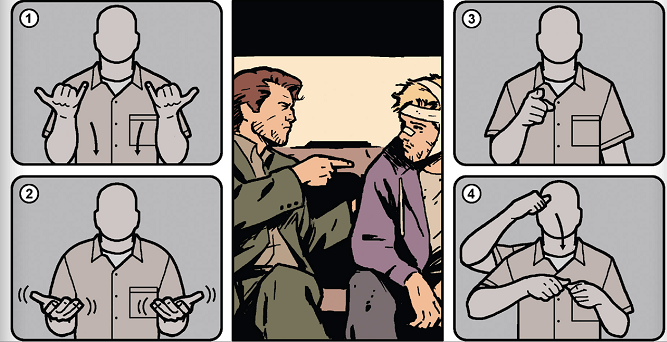 The beautiful thing of Fraction’s storytelling is he can take Clint’s low to an all time new low. I am loving this portrayal of Clint down, bested and feeling defeated… which got Barney FED THE FUCK UP! 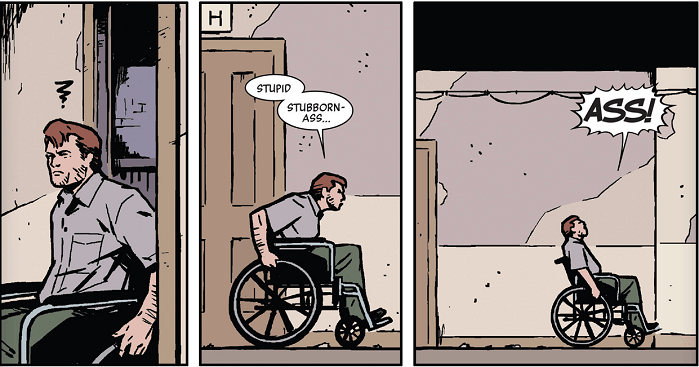 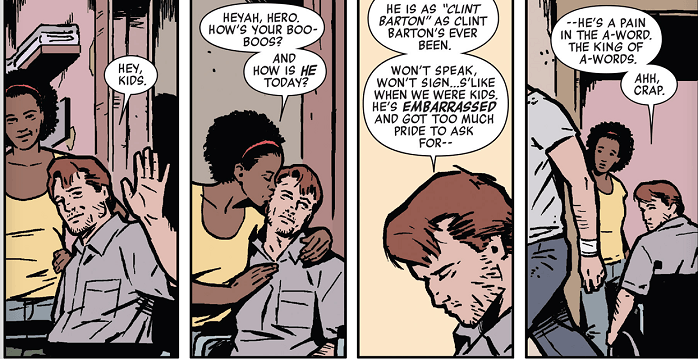 Also, let’s talk about Barney Barton for God Damn minute. What a complete 180 we’ve seen Fraction take with his character from how we’ve known him in all previous incarnations (villainous older brother that’s a villain cause… who even knows why). Barney went from basically the reverse Hawkeye to a character all in his own right. At first it seemed so far fetched cause …you know.. they been at odds and trying to kill each other a times. This however is the best brotherly relationship I’ve seen in the Marvel Universe.

Barney went from the down and out fuck up to this older brother that was helping Clint survive childhood. He taught Clint how to fight, he taught Clint to get his shit together the best way he knew how… a swift kick to the head.

This is that tough love Clint Barton needs when he starts getting down on himself and pushing people away. 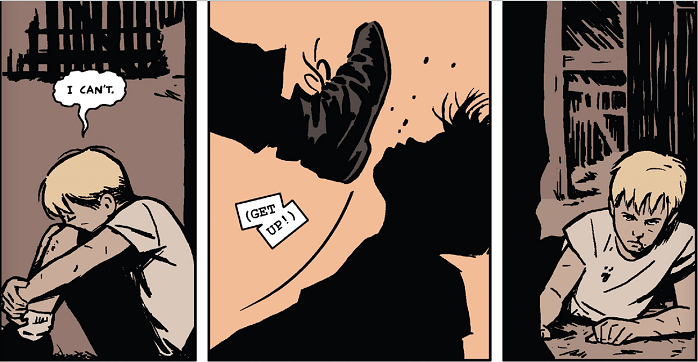 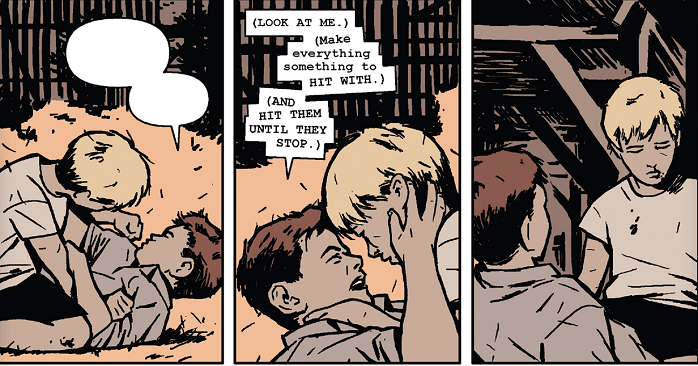 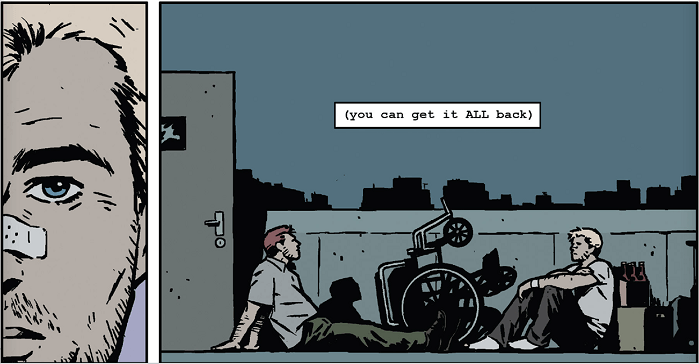 This issue is really more about Barney. He ain’t here to attend Clint’s pity party, he ain’t here for that shit. Barney out here taking steps to get his brother back on his employment. He knows Clint is a good guy. He brings that back into the fold having Clint talk, ask for help, and most importantly finish the fight he started all of which was for the right reason. 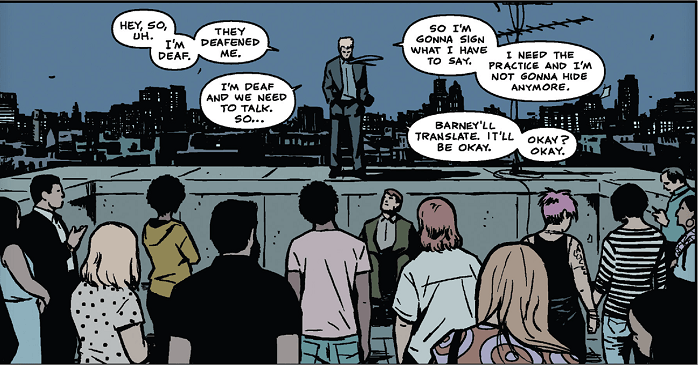 I know I went overboard for this review but you gotta understand this that shit that the cyber streets been needing. It’s been too long without that David Aja art, nah mean? This shit still crisp and modern noir as fuck. Aja is probably top 5 artist dead or alive at this point. I don’t know what fraction was going through but it felt like he came back listening to Kanye West’s Power saying, “I just needed time alone with my own thoughts/ got treasures in my mind but couldn’t up my own vault”. Fraction been changing the game man, the way he tells a story is fucking perfection.

My nerd if you aren’t reading Hawkeye? Merk Yo self. That’s it. I’m sorry (not really), this book is too important.