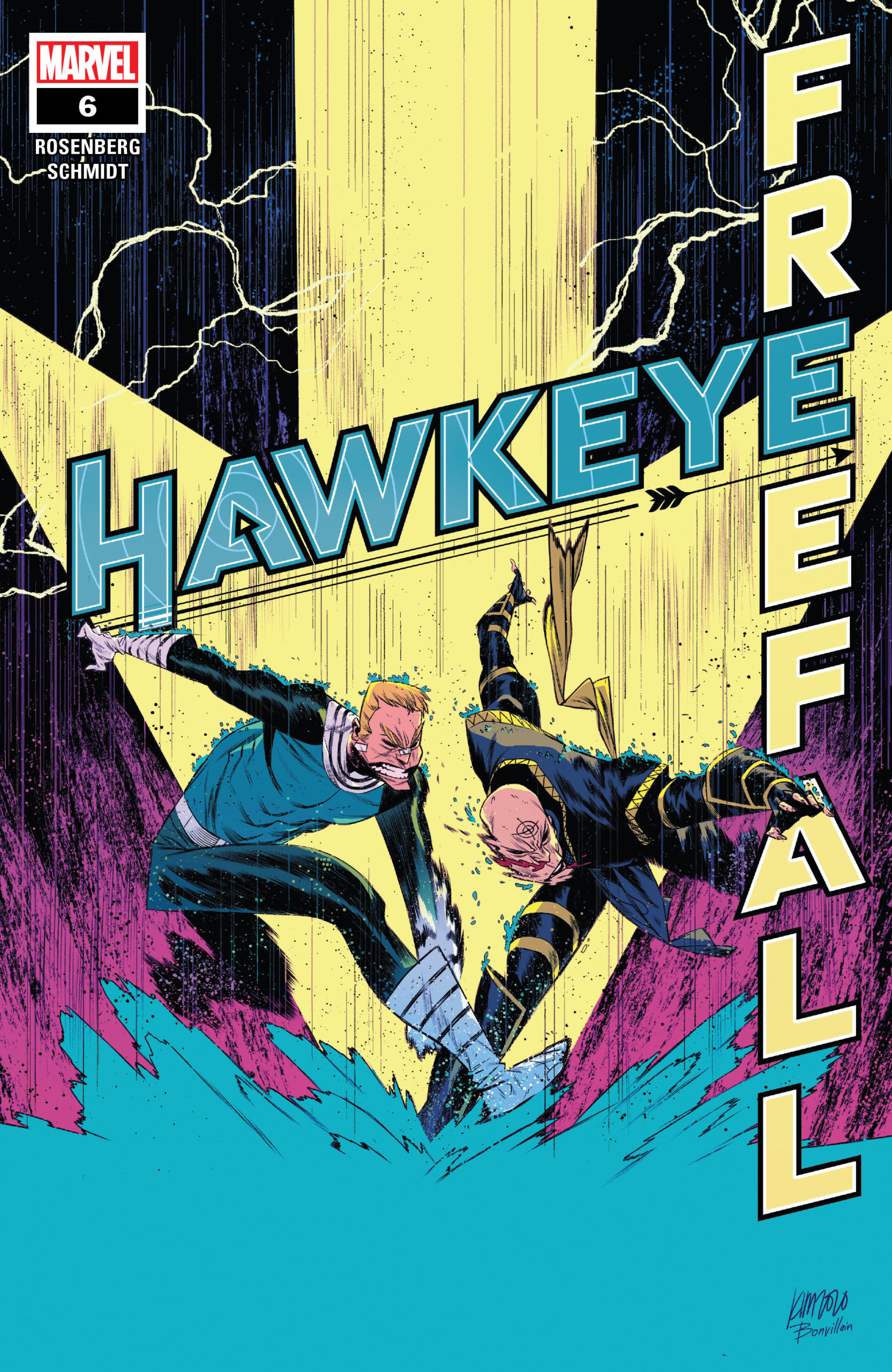 If you’re here, you must be ready for that Clint Barton swan song! He calls open season on The Hood by bribing his crooked cops, beating his henchman’s ass, burning his boats, ruining his birthday movie and dim sum night, and annoying the hell out of Hood by posting his cell number on a billboard like Mike Jones. Clint duped the hero community into believing that Ronin backkkk but gave up the ruse after Spidey snitched to Captain America. Now that The Hood has set Bullseye loose to murk out Hawkeye’s Skrull ally and shoot up the young hacker sidekick, Barton takes aim at the villains who ruined his relationship, slaughtered his boys, and turned him into a true vigilante once again.

Hawkeye: Freefall #6 gives us what we all want and puts two of the most accurate and deadly shooters in Marvel against each other. While I wish it had lasted longer, the battle between Hawkeye and Bullseye was a fun one. Allow Clint to throw on the target logo forehead suit and Dex to don the Ronin gear with Schmidt on the panels and you got yourself a good ol’ fashioned arrow slangin slugfest!

Matthew Rosenberg has created another great version of Hawkeye. The action was on point, the hero cameos were fulfilling, and the pacing was top notch. I flipped through the pages, devouring Clint’s dialogue with his opponents, allies, girlfriend, and best of all, himself. Those conversations with himself had me grinning like the Cheshire Cat! Otto Schmidt’s style fits very well in a spiraling Hawkeye world, and the visuals pop. That classic Hawkeye purp is on full display.

Hawkeye: Freefall #6 does such a good job of showing Clint Barton as the complex playboy that he is. Rosenberg conquers the uphill battle that writers face when they have to detail how the powerless hero defeats the villain with wild abilities. Friction fans are gonna want to get their hands on this series because it’s a great entry into the Hawkeye canon. This issue reminds you why Clint is and will always be an Avengers level threat.

Hawkeye: Freefall #6 wraps up this miniseries in a complete way, while leaving an opening for some really compelling storytelling down the road.