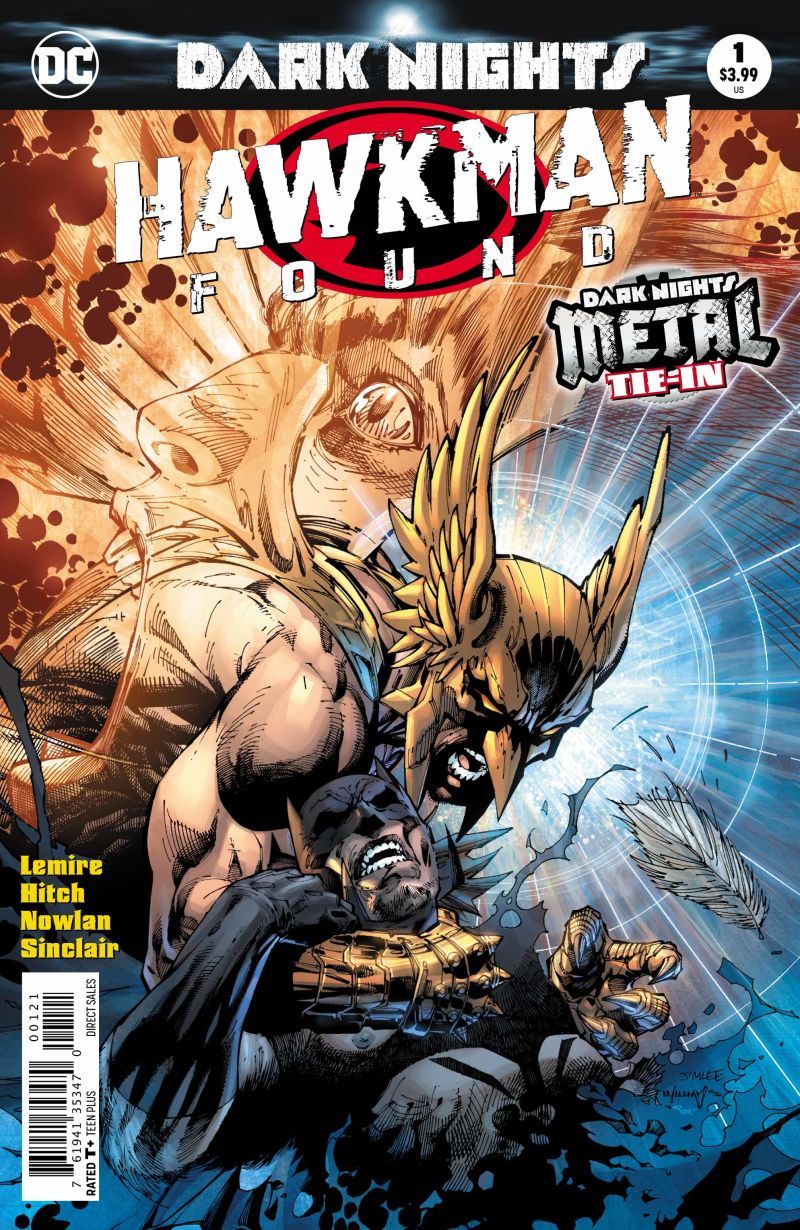 I think it’s safe to say this is the most relevant Hawkman, Katar Hol has ever been in the DC Universe. We’ve seen events center around the Hawkman before—he’s got a history that spans back millions of years. We ain’t ever seen no shit like this before and it’s about Bast damn time. Over in Dark Nights: Metal, Snyder has Kartar Hol as a cornerstone of his Dark Multiverse building. The reveal of his exploration’s end in issue Metal #4 is crushing.

Enter: Hawkman: Found #1. Lemire, Nowlan, and Hitch explore a portion of what happened to Katar Hol in his journey to the unknown. Katar is having the same dream repeatedly—he’s flying then suddenly falling. He awakes before he dies each time and there’s a fight with Manhawks waiting for him daily. Katar doesn’t know who he is, but he knows he’s bout that war bound life. That’s good enough for now. 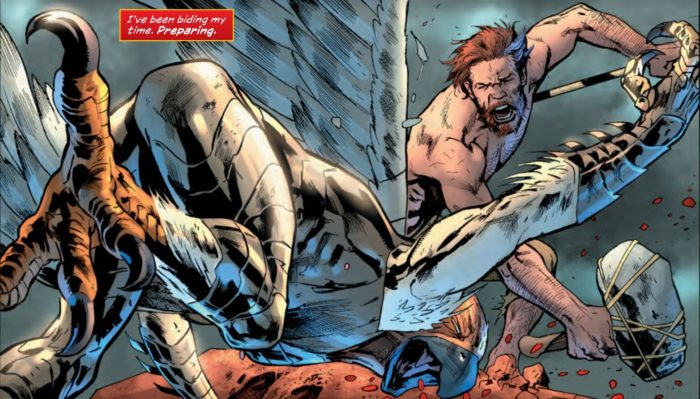 The hawks is out

Lemire captures the essence of Katar Hol, the man behind the Hawkman moniker. We watch him navigate a maze that we know Barbatos is at the end of. The presence of Katar’s past lives is an excellent touch and I really liked that his Prince Khufu reincarnation was depicted as a person of color and not a white Egyptian. That may seem like a random detail but, trust that matters, man. Katar may not remember who he is but he does remember he’s with the shits.

Nowlan and Hitch depict Katar as not just an explorer but a war ready veteran. The art focuses not only on Katar’s brutality but his facial expressions in key moments. Katar trying to remember who he is comes across genuine and endearing of the character. This iteration of Katar in rebirth is a great explorer as he should be. The man is back to his roots but let’s not forget he can throw them hands.

We don’t get the entire story of Katar’s capture but we get enough to know shit is really real. Lemire, Nowlan, and Hitch perfectly integrate Hawkman’s piece of the Metal puzzle in this one-shot. Things continue to look bleak for our hero adding to an already incredible story.

8.3 Makeshift mallets out of 10
Reading