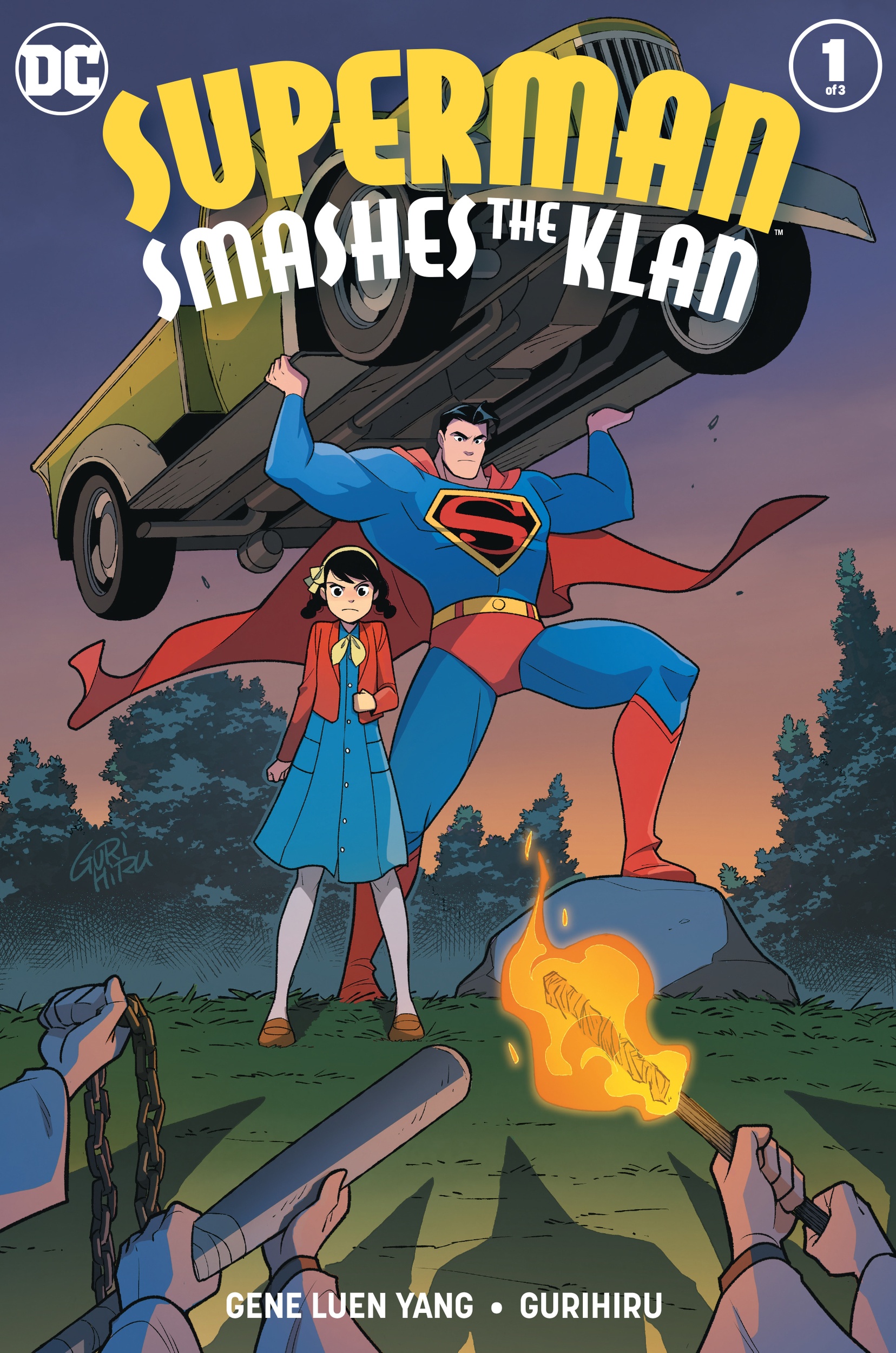 As Gene Luen Yang discusses in a personal essay at the back of Superman Smashes the Klan #1, there was a radio show called The Adventures of Superman that ran in 1946 where Superman took down a gang of white supremacist. It prominently featured a Chinese American family moving to Metropolis, and they were subsequently victims of the Clan of the Fiery Cross. You can guess their real-world inspiration. And in 2019, we live in a different kind of landscape that unfortunately has way too much parallels to our history. And more frustrating still, we live in a time where there is a non-trivial part of the comics reading community that thinks comics need to be apolitical, that Superman is capable of being apolitical like that’s even possible for a character that is illegal immigrant alien refugee, no matter how white-passing he is.

All that said, comics are political. Comics are a tool for education and change and this story brought to us by Yang and Gurihiru, a Japanese Studio, is meant to provide a historic window into the 1940’s. It’s meant to be a parable for younger readers and a reminder for older readers. It may seem like an odd story, but it’s an honest, heart-felt tale that feels so familiar and so perfect in a lot of ways. 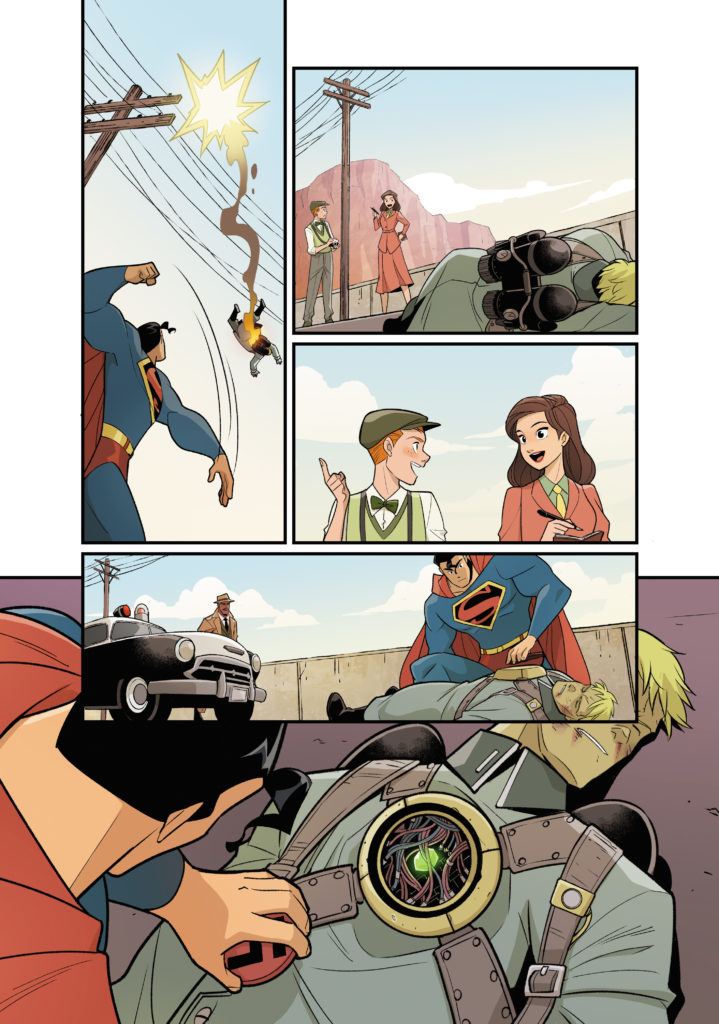 Superman Smashes the Klan #1 opens with Superman fighting a Nazi supervillain because that’s really the only way you could start a story like this. Immediately from the get, you notice how much love and care has been put into this book. Gurihiru’s stylized versions of the characters are wonderfully rendered and have a distinct retro look that looks crisp and clean with bright colors and stunning contrasts. Superman’s profile immediately sets him apart as superhuman, and characters like Lois Lane and Jimmy Lane look like updated version of their original series counterparts. It works on every single level, and that level of artistry is maintained throughout. Couple that with Yang’s brilliant narration, the 1940’s, and a lot of winks and nudges to the earlier iterations of the character, you are presented with a dynamic time capsule of the character that sets the stage for the rest of the series.

When the story eventually pivots to the Lee family, it feels like a natural shift in a radio play. Central characters Roberta and Tommy Lee are your typical sibling pair who end up getting involved in something much bigger than either of them before the end of the book, but for any Asian-American, you will know this characters immediately. It some cases, you may have been these characters at some point. As we see the Lee family in the car, we also how red text is used to represent characters speaking Cantonese and clearly parallels in the immigrant experience.

Yang is deliberate and intentional with his storytelling, and the book very much feels geared towards younger readers in a good way. Yang doesn’t talk down to anyone, he is direct and honest about the realities of the 1940’s. Bigots were next door named. People had trouble believing that there were truly horrible things happening in their neighborhood until it happened. Most cops were satisfied with the status quo. And again, unfortunately some of these are trending again in modern times, but that’s also what makes this comic so poignant.

Superman Smashes the Klan #1 is the story of an incredible story that takes the beats of the past and remixes them into something new and special. The joint narration of Superman and Roberta Lee as they deal with their own identities and a cult of white supremacists is uplifting in a very particular way and is a shining reminder of why I’m thankful for comics.