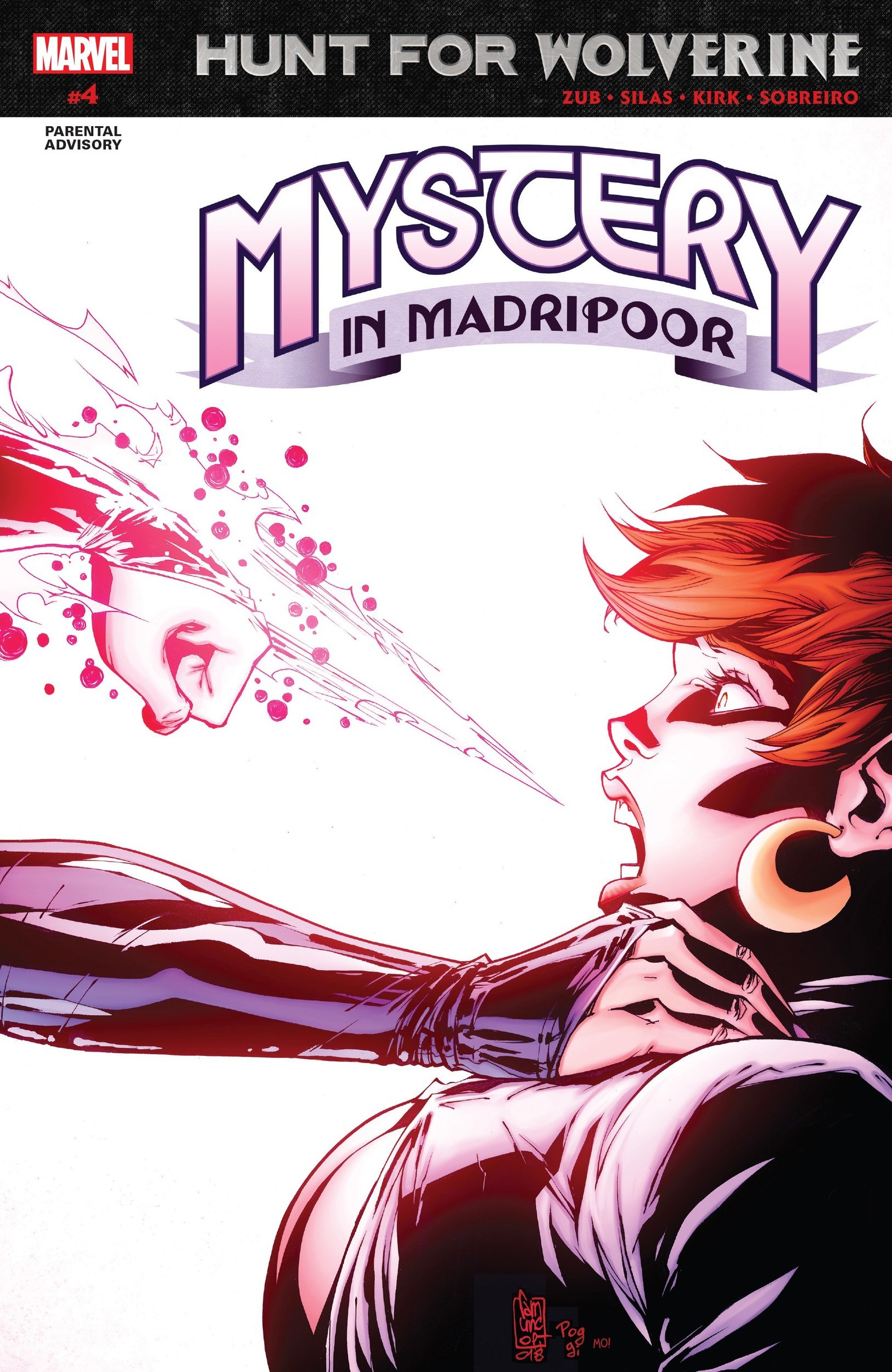 What happens in Madripoor stays in Madripoor…unless it is a rocket. In true X-Men fashion, a simple investigation to locate Wolverine’s missing body turns into a race to stop a missile (oh so original) and yet another body-altering experience for Psylocke. As Marvel prepares for the relaunch of  Uncanny X-Men in November, a great many changes are taking shape in the realm of Mutantdom.

In the pages of Mystery of Madripoor, Kitty Pryde has led a team of A-list X-Women to the crime island city-state in search of Logan’s missing body. While attempting to meet with Magneto, they are ambushed by agents of Viper.  Rogue and Storm are taken prisoner, while Psylocke becomes the feeding toy of Sapphire Styx, a soul-draining mutant. When Kitty is finally able to stage a counterstrike with Domino, Jubilee, and Magneto, they are forced to stop Viper from launching a rocket with intentions of mass destruction. Still weakened from his brainwashing at the hands of Viper’s henchwoman Mindblast, the Master of Magnetism is unable to stop the launch alone. 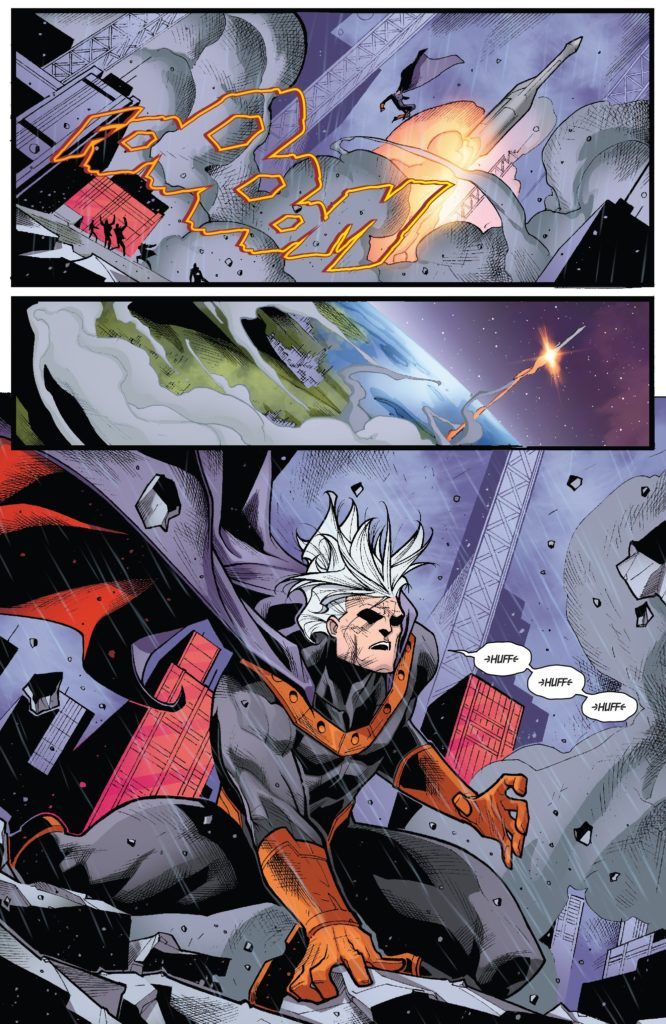 Imprisoned within the soul world of Sapphire Styx, Psylocke comes into contact with all of the souls drained by the mutant. She meets a remnant of Logan’s essence, drained from Patch in an earlier battle with him during the Wolverine-centric run of 1988 ‘s Marvel Comics Presents anthology. Reclaiming her own strength and that of Wolverine, Psylocke literally shatters Sapphire Styx from the inside out, re-emerging as the original tea and crumpet Betsy Braddock. She returns just in time with a seemingly increased power levels that helps her take out the Viper and her Femme Fatales, while Kitty, Rogue, and Storm stop the rocket launch.

The appearance of the “re-Britished” Psylocke in the teaser art for Uncanny X-men was an unexpected surprise, one that felt especially pointless and unwarranted given the messy, fluctuating state of the X-Union. Fans of the X-Men for the past 30 years, myself included, identify and relate to Psylocke in her second body – that of the Japanese assassin Kwannon.  While that transformation made the character much more visually iconic (and exploited in some cases) and gave her some visceral combat skills, Betsy has now returned to her Anglo roots. According to writer Chris Claremont in an interview with Women Who Write Comics, the body-switch was originally only supposed to last one story arc, but Jim Lee’s art was so influential that Japanese Betsy remained. 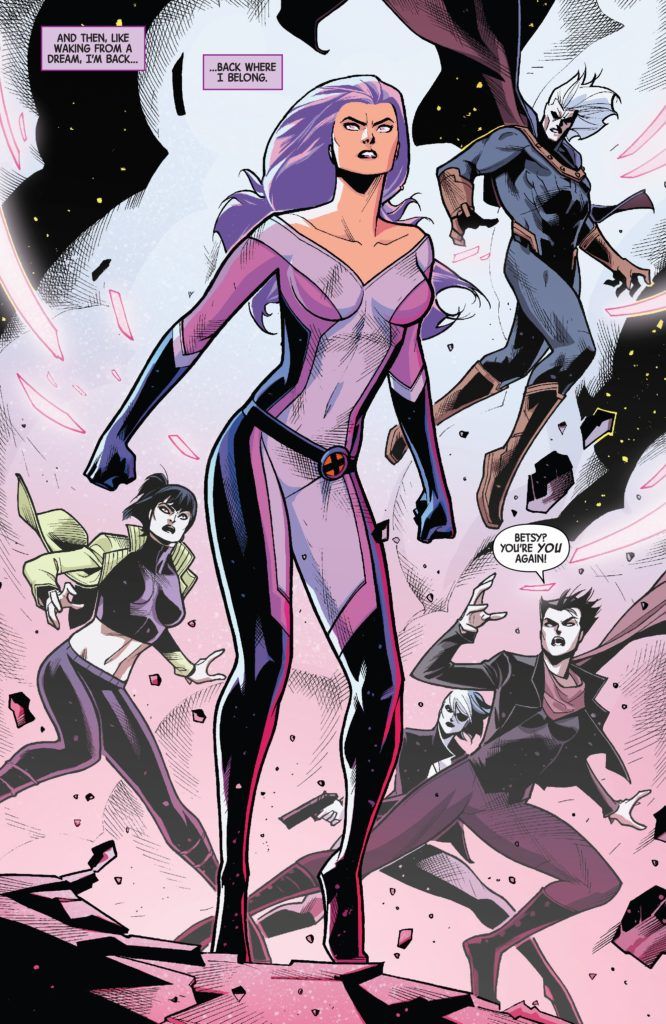 The reveal at the end of the issue really salvages the overall plot (another rocket launch to stop, eh? really?) and otherwise shoulder-srug reaction at the re-Britished Betsy. Recently, in issue four of companion mini-series Adamantium Agenda, Tony Stark learned that the X-Men have a possible counter agent in their midst. Could this be the link to the reopened Psylocke-Revanche-Kwannon thread?

This issue officially marks the end of the Hunt for Wolverine multi-mini-series non-event. After sixteen issues, Wolverine’s body is still missing and the only clue to his whereabouts rest with the mysterious faction known as Soteira. Overall, the mini-series as a whole were a mixed bag of results with a few standout moments and major character changes spread throughout sixteen Macguffin heavy chapters. Next week, the Hunt for Wolverine officially ends with the Dead Souls one-shot. Chances are, Logan and his merry mutant friends will not be reunited until the following mini-series The Return of Wolverine from all-star duo Charles Soule and Steve McNiven (creators of the Death of Wolverine). In other words, we are only one month away from the #HotClaws special.