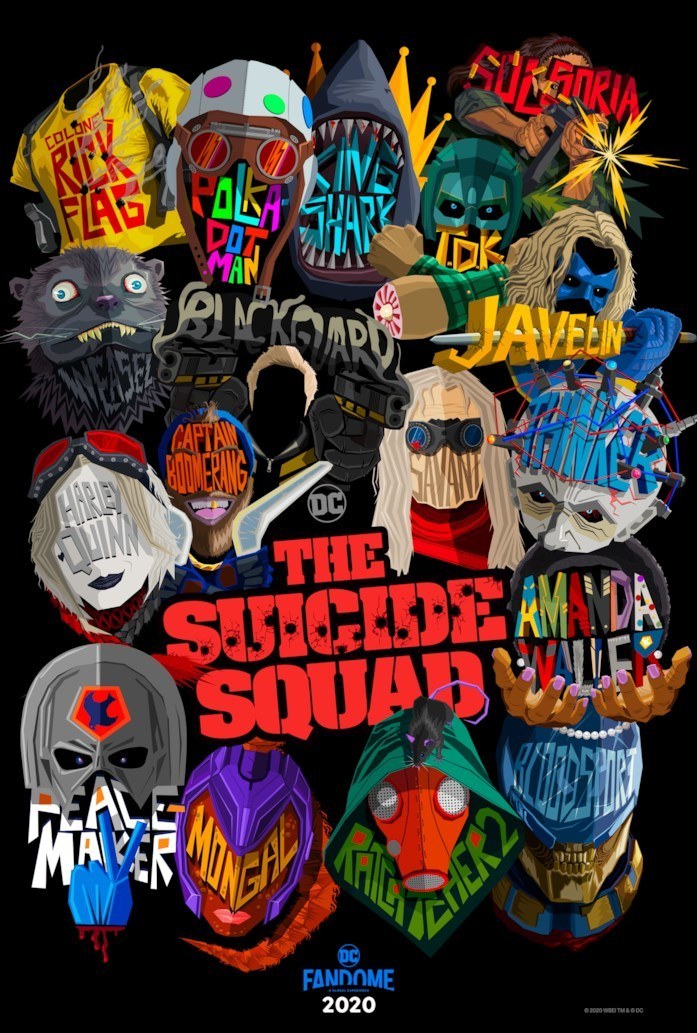 Nobody really asked for a sequel to Suicide Squad. In fact, I consider the idea that the most lukewarm (and vaguely racist) of DC films being allowed an attempt at a franchise overly generous. Especially after it accomplished little more than not being a complete train wreck and giving us a decent Kehlani single. Yet here we are, getting another installment in a film franchise many of us would rather forget. Such is Hollywood these days. But if we have to suffer through another Suicide Squad rollout, the bright side is that Guardians of the Galaxy director James Gunn has been brought in to right the ship David Ayer steered off course.

However, you can’t solve a problem without an understanding (or at least a guess) of what the problem actually is. When you’re telling a story like the kind you get from the Suicide Squad (at least in the comics) while also trying to build a world comparable to the epic, time spanning universe we’ve gotten from Marvel over the past decade; it’s important to establish a team that’s different from the others we’ve seen in DC’s continuity. You want the audience to feel like they’re getting a different experience. For example, whereas the Avengers are the mightiest, most noble heroes Earth has to offer, Gunn’s Guardians are characterized as unorthodox rogues who sometimes end up saving the galaxy as a sidenote to their routine mischief. Ultimately, they are led by conscience more often than not. Otherwise, how else would they be available for the obligatory team up with across-the-board heroes like Captain America?

The Suicide Squad is a different animal altogether. The problem with the film was always that the story ran contradictory to the essence of why the team exists. Basically, super-spy Amanda Waller assembled Task Force X, a team of villains, murderers and other manner of untrustworthy people to be a failsafe hit squad if the DC heroes should ever go rogue. So far, so good, right? But the fatal flaw comes in when you realize the movie mostly thrives on their camaraderie as if they’re a high school classroom full of problem kids. The only exception is really the Joker who makes a casual appearance because…well…studio mandates are a thing. And honestly, his most villainous act in the film is probably murdering Common in a flashback scene because he wouldn’t sleep with his girlfriend. Or because he’s a wooden actor. I don’t exactly remember at this point.

Historically, the comics portray various incarnations of the Squad as more treacherous. They’d gladly stab Waller and each other in the back at the drop of a hat. I remember an issue some years ago written by John Ostrander where Captain Boomerang had been secretly pranking Floyd Lawton aka Deadshot, throwing his aim off with makeshift boomerangs made from paper clips. Lawton responded by vowing to kill him at their first unsupervised opportunity…over a prank. What makes Deadshot compelling as a father to a young girl is that he’s such a reprehensible human being in literally every other facet of his life, not an out of character “about-face” in the third act because the team needs someone to rally around to beat the bad guy.

The reason Task Force X is effective isn’t necessarily because of what they can do. There are heroes and villains way more powerful than these people. It’s their moral vacuum. From a government oversight perspective, heroes couldn’t be counted on to do what it takes to take out other heroes because they might be swayed by the good will someone like Wonder Woman has accrued with the general public. Ayer’s film sort of takes the ferocity out of these characters so that the audience will be more encouraged to cheer for them. I hate to keep picking on Deadshot but there’s a scene in this film where Lawton is given the opportunity to earn his freedom and refuses because…I don’t know…Harley Quinn seems okay? That is not how you instill fear of a group of people that are specifically called into action because they’re terrifying.

Suicide Squad has to separate itself from the rest of the DCEU if it wants to keep anyone’s interest. To do that, it has to capitalize and the primary thing the source material has going for it: Embracing the evil and treachery. Otherwise, you just have a slightly unorthodox Justice League starring Harley Quinn. And we see how well that movie worked out.