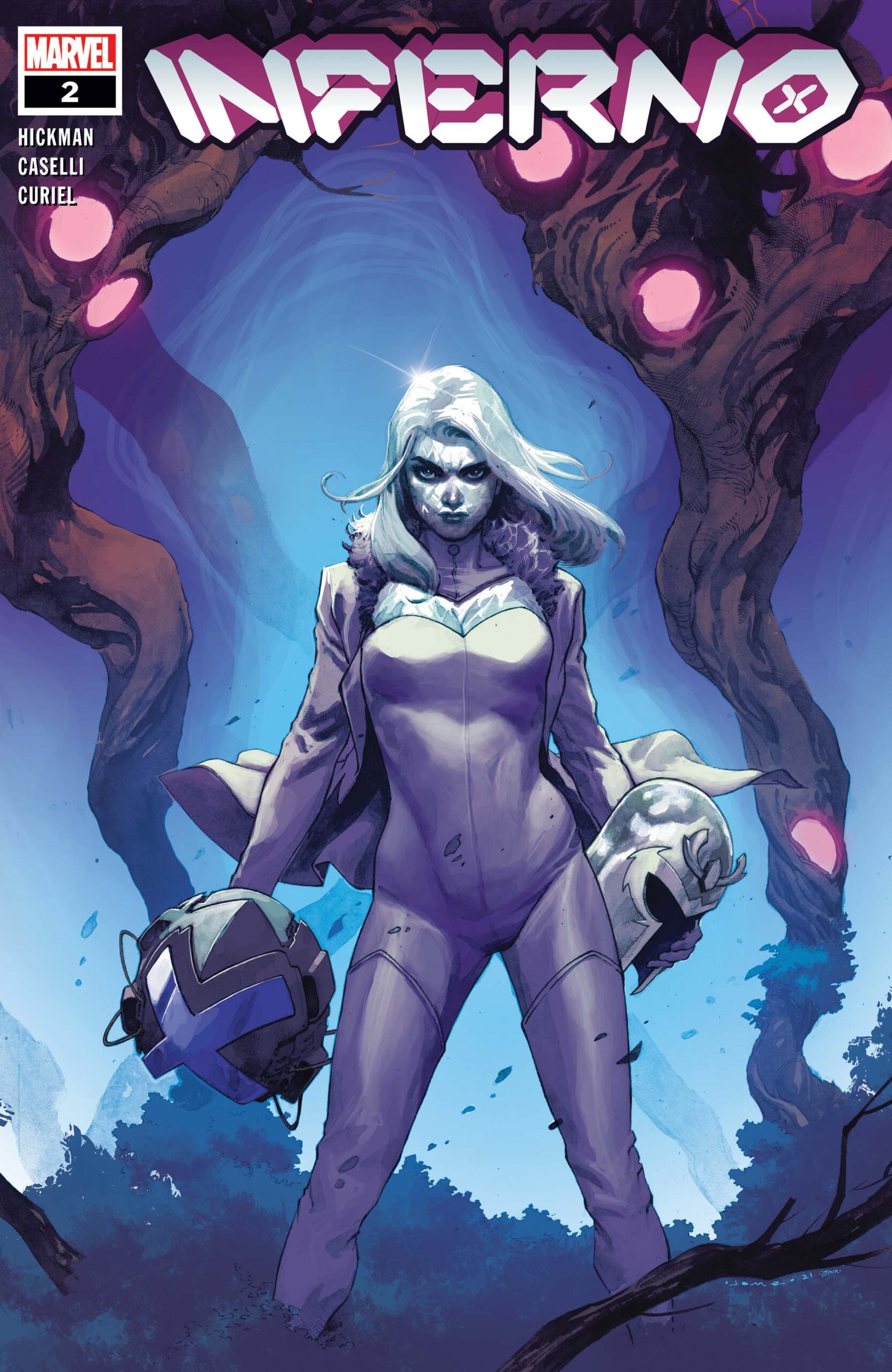 Excuse the blatantly punny one liner but Inferno is heating up baby! Typically, I hate issues of comics that rehash something that happened previously, but when Hickman gets his hands on an expansion pack, it’s must-read material! Lest we forget the Lawds work that Stefano Caselli does from start to finish. The first 10 pages of Inferno #2 captivated my attention off the visuals alone, and the panel hits kept coming like all of Drake’s singles.

Mystique’s secret plot to bring her forsaken lover back was incredibly tense. From nursing her mentally broken wife back to proper cerebral health to the shapeshifting, methodical bribes that were brought to light as each Quiet Council member cast their vote, I was on the edge of my seat watching all this unfold! But my fave moments were Destiny going into venom shooting “try me” fortune teller mode. As much as I love Charles and Magneto, I could read them getting put in their place every week and never get tired of it.

I’m very intrigued by what the Mutant Hater Association aka Orchis is really up to. Raven’s powers have provided us with more insight than we’ve ever known, but how the humans plan to fully unleash their secret weapon is still anyone’s guess. Speaking of unleashing their secret weapon, Nimrod and Karima seem to be ready to make a move, and it’s about dam time. Let’s see what these machines are really made of.

The lack of action in this issue may have been disappointing to some, but the mind games that were played were arguably better than all the Hunger Games. Watching Professor X, Magneto, Moira, Mystique, and Destiny go to war was something I didn’t know I wanted, but boy is it as entertaining as Cyclops, Logan, and Storm taking out a squadron of killers!

Overall, Inferno #2 accomplished its goal of filling in the gaps of how Destiny was resurrected. It also set the stage for the next phase of this Krakoan age. How will the three untouchables manage with a precog in their midst? How will their newly appointed ally take to all this deception? Leave it up to Destiny, I suppose…

8.5 Human Hatin Talking Primates out of 10