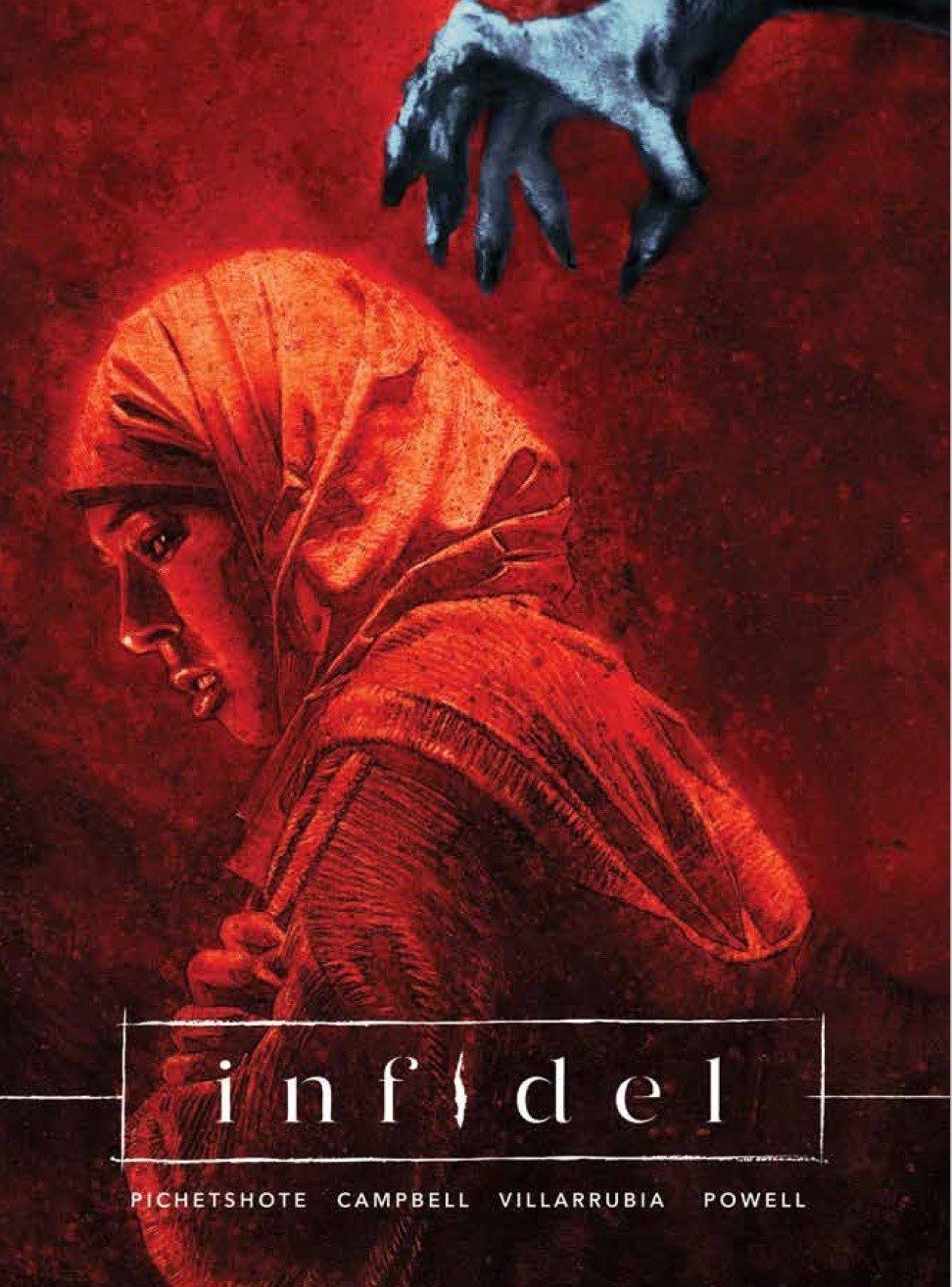 Infidel swings for the fences in its debut issue. We follow Aisha, who is painted as the ultimate outsider: a Muslim woman dating a white guy, living with his xenophobic mother, ostracized by her family for dating outside of her religion, and residing in a downtown NYC building that was recently the site of a fatal ISIS-related bombing. Aisha is trying to find her bearings in a world seemingly stacked against her. Also, she sees ghosts. 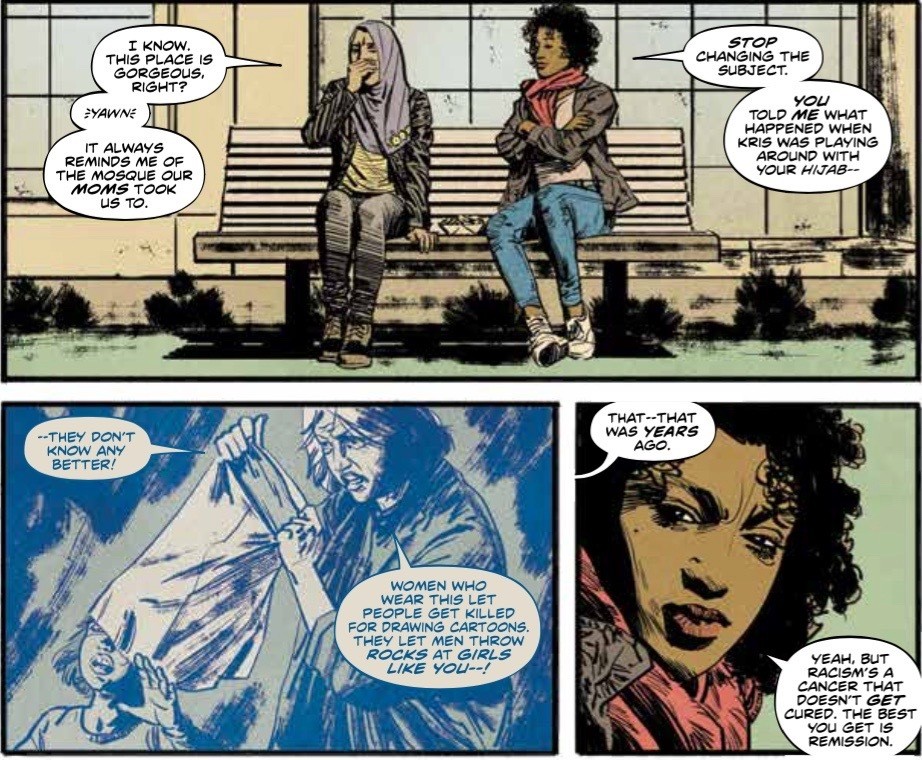 Infidel #1 does a lot visually. Subtly, the narrative blends what is real with what might not be real and the artwork follows suit. Aaron Campbell and José Villarrubia serve up dark, grounded visuals reminiscent of Dave McKean’s work on Arkham Asylum with moments of Ben Templesmith’s 30 Days of Night. The art strikes a turbulent but consistent balance between the mundane and the macabre, often from one panel to the next.

The core of Infidel #1 is a haunting and creative take on modern Muslim womanhood and post-9/11 Islamophobia. Pichetshote does his best to grapple with weighty and relevant subject matter while massaging in a supernatural element. Those eerie and horrifying moments are as jarring for the reader as they are for Aisha. To the benefit of the creators, they are playing with mercury here. The complexity of tackling real-world cultural issues while tying a line to the mysticism attached to said cultures is hard to pull off. Infidel #1 digs in for a long haul with this arc, but it falls a little flat. In trying to hit all these really cool points, it fails to nail one really well. There’s a lot of potential here for the creative team off Infidel to build a brilliant and well-rounded world.

6 Xenophobic Grandmas out of 10