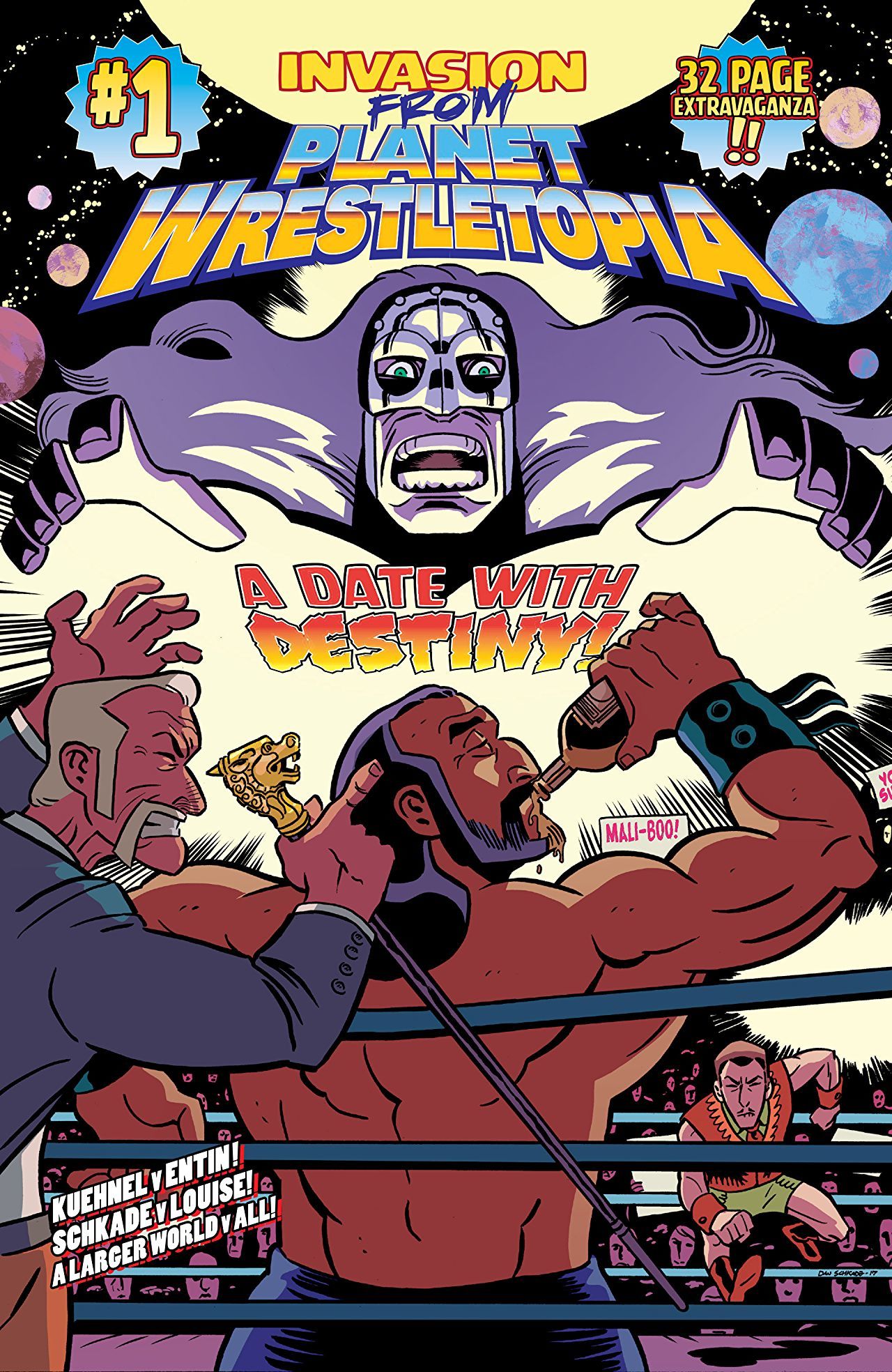 Off the strength, you can tell this is a book by wrestling fans for wrestling fans. “Masculine” Matt Entin, Edward “the Carnage Artist” Kuehnel, and Dan “the Body” Schkade tag together to deliver a grizzled tale of late 80s wrestler Rory Landell. Rory is a heel (villain) working the circuit and is ready to win the championship in the territory he’s been working. We get to see him preparing behind the scenes and practicing cutting a promo. Rory may be a villain in the writing but Kuehnel and Entin do a great job of making him a likable character off the jump. 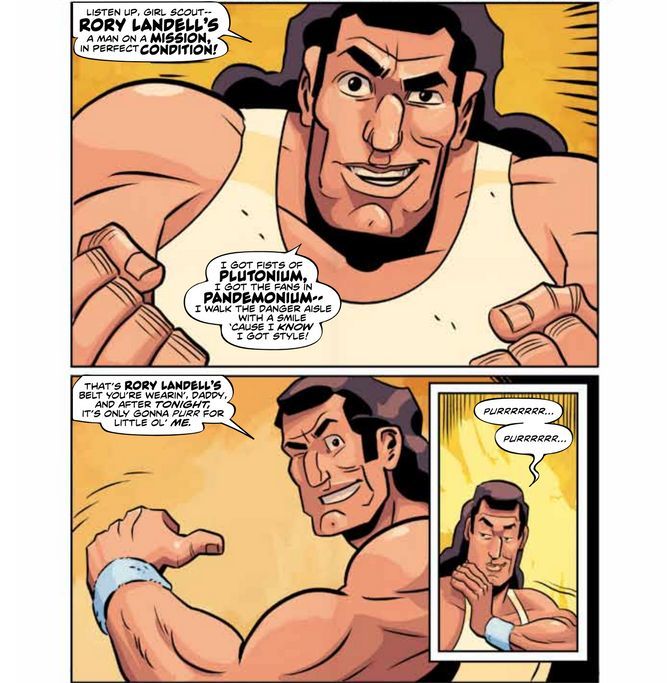 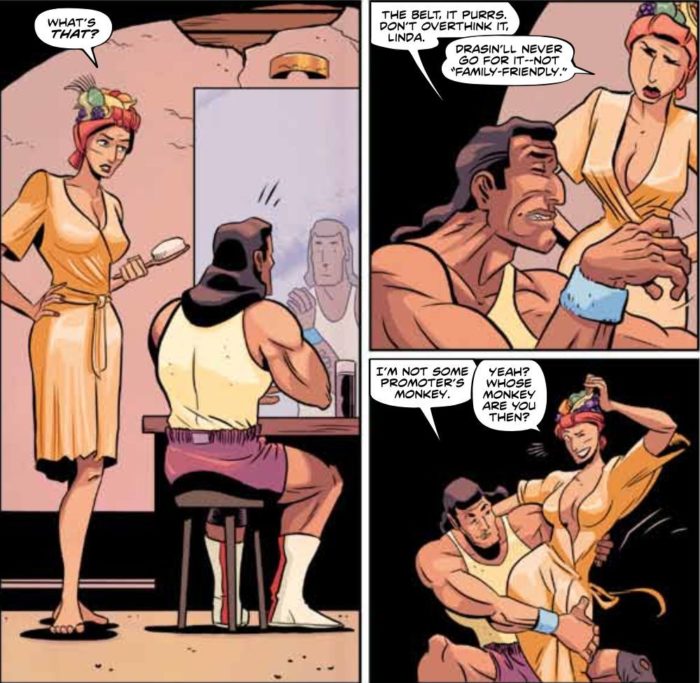 We’re only a few pages in and Rory runs into politics keeping him from getting the championship title. As good as Rory is, being a heel means he won’t draw folks in like his opponent who is a face (good guy). This is what sets Rory off and has him refusing to be pigeon-holed. Mind you, during his conversation with the promoter a giant bear is wrestling in the ring preparing for its match. Hilarity. Later that night Rory cuts a promo declaring himself the intergalactic champion which is what sets the events of this series in motion. That signal gets broadcasted light years away and Rory is going to have a challenger on his hands for that title… a giant challenger. For real this alien dude is really trying to throw hands over that claim.

Who’s ready for some wrasslin?

What I dig about the series is that it shows a then and now with Rory. There is a time skip that occurs and it ain’t all good times for our protagonist. Another great thing is the tackling of the stereotypes in wrestling. They may be a smidge toned down now (stress the word smidge) but we all know them to still be there, just not as blatant as they were before. That could have been shied away from but Entin and Kuehnel address the matter in a quick reference which is what’s needed. This lets me know, okay, they’re not just doing this for a certain demographic of wrestling fans, this book is for everyone. I’m with it. 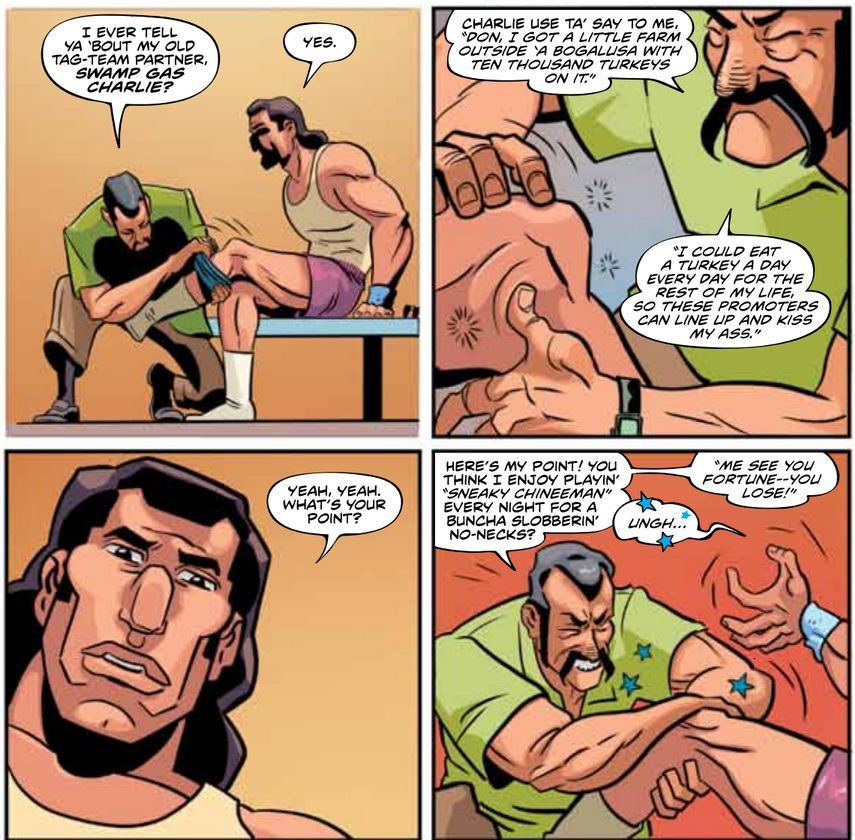 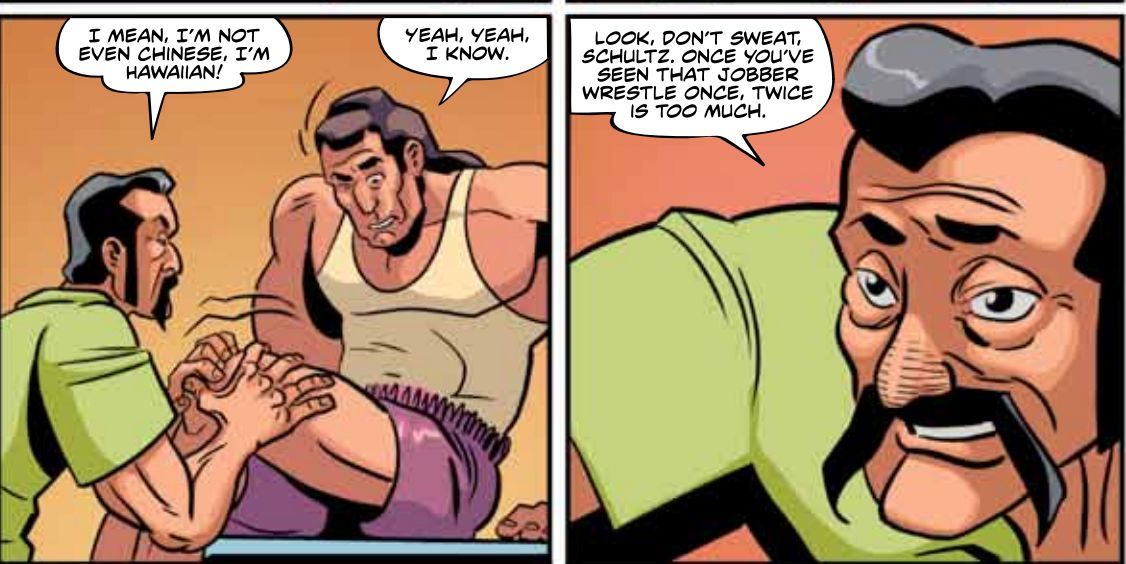 Dan Schkade’s artwork is great He really captured the look and different body types of the late 80’s wrestlers. Not everyone was cut up and looked the same. As a reader and fan that’s the variety, I like seeing. There wasn’t much ring action the first issue but what we do see, lets us know the action sequences showcasing the wrestling can be done and done well. Especially with these coloring from Marissa “the Human Torture Chamber” Louise and the unique lettering by A Larger World Studios (AKA the North Hollywood Nightmares).

I’m feeling the premise of this book and issue one serves as a gateway that leads you full on into issue #2. This creative team has a different approach to this series and that’s what we need in comics. If you’re a fan of wrestling or even a wrestler or aspiring wrestler yourself, this is a series that’ll get the adventure right for you.

8.2 Arn Anderson spine busters out of 10