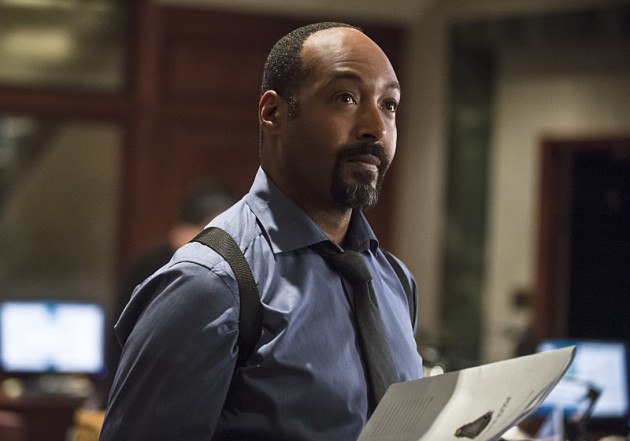 So, The Flash was easily one of 2014’s big breakout hits on nerd television. In fact, it’s the hit that many of us at this publication wish Gotham had been. The show, starring Grant Gustin as the Fastest Man Alive, seemed to have a far smoother start than its canonical predecessor, Arrow, due to it’s noticeably hopeful attitude towards superheroing. In fact, the last time DC has such a lighthearted approach to retooling its source material for the small screen, we got Smallville for better or worse. Mainly worse.

In fact, the argument could be made that Gustin’s Flash makes for a better Superman than Tom Welling’s Superboy. One glaring reason for this is the difference in the representation of fatherhood. Modern superhero origins are often defined, in part, by the presence (or, in many cases, the absence) of a patriarchal mentorship. Spider-Man, no matter the incarnation, is almost completely defined by the loss of his father figure, Uncle Ben. However, as far as values and lessons learned are concerned, for the most part we’re usually left with the ever resonant “With great power comes great responsibility” song and dance and that’s about it (unless you count Martin Sheen’s tearjerker voicemail in Amazing Spider-Man). With Batman, other than their deaths, it’s rare that we get an in depth look into Thomas and Martha Wayne’s direct influence on who Bruce Wayne grew up to be (except maybe that time when they may or may not have been part of a hedonistic Eyes Wide Shut club). Their murder seemed more like a plot device in the service of acting as a catalyst to ignite something that was already lying dormant inside of young Bruce.

Now, take Jonathan Kent…the Smallville incarnation, in particular. The Boy of Steel’s surrogate father, played by John Schneider, until his dying day in season 3 raised Clark with enough foresight to know that he would grow up to be great one day. The problem was that it contradicts the purpose of the show and, ultimately, the legend of Superman. The showrunners intended Smallville to be the story of a kid just learning the circumstances of his beginnings with decent people raising him towards a great destiny. The actual result was a show about a town of sycophantic loved ones coddling a sacred cow. The surplus of reverence the supporting cast showers Superboy with is practically a half step short of actual sexual favors.

Fast forward ten years or so later to the CW’s more successful attempt at staking claim in the small screen superhero market. Now, sure, The Flash is a winner due to being unafraid to be ridiculous (think about that anytime you hear a character on that show talk about believing in “the impossible”) and its optimistic contrast to Arrow, but consider looking further. As far as we can tell, the odds are good there probably won’t be a Superman included in the universe these shows exist in. Barry Allen doesn’t just serve as a Superman surrogate, it improves upon the mythos.

First of all, the very act of casting the West family as black is a serious step in redefining the dynamic of the modern American family. Think about it the reversal of tropes involved. A respected black detective takes in a white kid with a bit of a chip on his shoulder while his wrongfully convicted white father does a bid in the clink? Right there, the concept of the “white savior” is called into question and voted off the island. Can you even name three black people who passed through Smallville, Kansas? Nope, but you can probably name two. One was sidekickish Pete Ross who bolted not long after discovering Clark’s powers and whining about it. The other….was Cyborg. And Cyborg doesn’t count in anything. Ever. (Editor’s note on 11/10: On second thought…)

The next thing to go out the window is the “sacred cow” trope. Now, anyone who knows the Flash mythology knows that these early adventures are leading to one day in the far future when Central City honors the Scarlet Speedster to the point where he has his own museum. With a destiny (not to mention a legacy…there’s like four Flashes in continuity) ahead of him, it would have easy for the writers to approach Barry Allen with kid gloves like in the aforementioned “Jonathan Kent Treatment.” Fortunately, that’s not the case this time around. While still being a positive one, Detective Joe West (Jesse L. Martin) is also a realistic representation of black fatherhood in America. Rarely do you ever see him treating his surrogate son with kid gloves just because he’s The Fastest Man Alive. He admittedly doesn’t know much about the high minded science talk often heard among the fledgling super geniuses at Star Labs, but he knows enough about people and human nature to always remain suspicious (rightfully so, too) of the enigmatic Dr. Harrison Wells, inventor of the particle accelerator that gave Barry his speed.

On Smallville, most arguments with his parents ended with Clark storming off and doing what he felt like doing because it’s really hard to ground the most powerful being on Earth. Meanwhile in Central City, Joe doesn’t give a single solitary shit how fast Barry is. When he wanted to run headfirst into a rematch with “the man in the yellow suit,” also known as the Reverse Flash, Detective West hit him with a well placed death stare and that was the end of the discussion.

The conversation about black fatherhood is, at best, marginalized and, at worst, fueled by gross misinformation and half truths. Meanwhile, our representation in the media does us little favors in most cases. Fox, for example, has Empire, a cultural wasteland of hip hop drama created by Lee Daniels (The Butler) in which Lucius Lyon, the CEO of a hip hop monolith, played by Terrance Howard, is seen in a flashback trying to throw his gay son in a dumpster with a bag over his head and silently holds the same contempt for him in later years and only seems to show favor to his youngest son for producing album sales.

Then, there’s Shonda Rimes’ political thriller/soap opera smash hit, Scandal (which I confess is a guilty pleasure), involving a-list political fixer, Olivia Pope, who spend a solid two seasons in a battle of wits with her sinister father, Rowan. The elder Pope, Cliff Huxtable by day/Dr. Claw by night, is armed with a legion of Jason Bourne knock-off agents and Morgan Freeman-esque speeches that he spews with hurricane precision at everyone from his wife to the President himself. The most notable was the speech in which he chastises his daughter, essentially calling her an “Uncle Tom” for not allying herself with his scheme to control the Presidency (or something).

One of the principal arguments for programming like this is that “it’s just entertainment” and that is true to a point. After all, I’m not saying anyone reading this or watching Empire is going to go stock up on activator and throw their children in the trash because they saw Terrance Howard do it. However, the truth is that art evokes emotion. Just like a sad song can bring us back to low points in our lives, seeing love that wears the same skin as us can inspire us to dig deep and ultimately find our nobler selves.

Are Empire and Scandal the root of all representation evil? No. Do I expect people stop watching them because of an op-ed they read on the internet? No, people are going to like what they like. I’m not obtuse enough to think that the negative portrayals of fathers of color are all generated from thin air. Some of them come from a very real place and sure and might serve as some kind of catharsis for people who’ve been in similar situations.

At the same time, seeing Joe West was one of the first times I can say I turned on the television saw my own father, an old fashioned man raising a boy in an era he doesn’t always understand that might not welcome his values. And I’m willing to bet I’m not the only one.